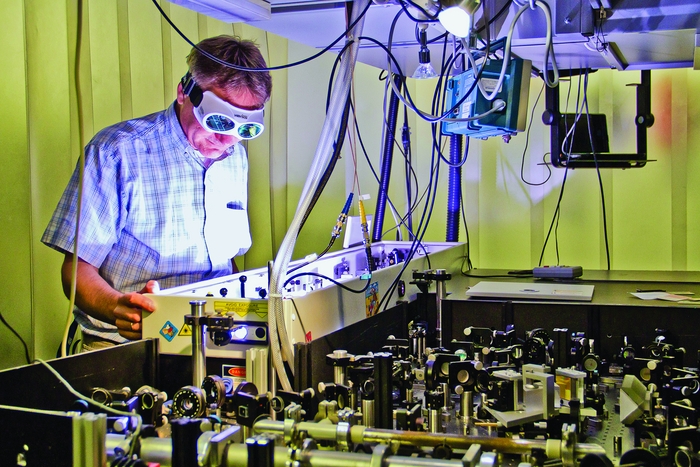 If commercialized as planned, the system could make it possible to carry out new types of spectroscopic and materials studies at relatively affordable costs. Potential applications include monitoring and analyzing short-timescale chemical processes such as charge, spin, light, and energy interactions in advanced materials.

The tabletop coherent X-ray beam is generated through a nonlinear optical technique called high harmonic generation. The beam was developed by Tenio Popmintchev, Margaret Murnane, Henry Kapteyn, and coworkers at the University of Colorado, Boulder, as well as collaborators at Vienna Institute of Technology, Cornell University, and the University of Salamanca, in Spain (Science, DOI: 10.1126/science.1218497).

“The work’s impact is significant for chemistry,” says Richard Haight, an X-ray applications expert at IBM’s T. J. Watson Research Center, in Yorktown Heights, N.Y. For example, it could make it possible to characterize materials with exceptional time precision by using core-level photoelectron spectroscopy to study atomic oxidation states, he says. And with appropriate X-ray optics, the laser could be focused “to time-resolve chemistry at nanoscale dimensions, opening a new and exciting field of attochemistry,” he adds.

In high harmonic generation, an infrared laser is focused into a waveguide cell filled with helium gas under high pressure. The laser iteratively ionizes helium atoms and drives the released electrons back to the helium ions. The process causes each ion to “upconvert” sets of 5,000 low-energy IR photons into individual high-energy soft X-ray photons. A process called phase matching, achieved by tuning the gas pressure, ensures that the resulting X-ray waves interfere constructively with one another, creating a coherent beam. Strictly speaking, the beam is laserlike instead of a laser per se because the X-ray beam is not produced by direct lasing, which would require a prohibitive amount of power. The new beam is a “supercontinuum” of extreme UV (10 to 120 eV) through soft X-ray (120 eV to 10 keV) radiation—“the broadest spectral-bandwidth coherent-light source ever generated,” Kapteyn says. The supercontinuum could be used as either a broadband source or as a source of isolated, specific bandwidths.

The device’s low power consumption—on the order of 1 W, about 1% of the energy needed to operate other coherent soft X-ray sources—is key to its tabletop size. And the X-ray bursts are as fast as 2.5 attoseconds (2.5 × 10–18 seconds). Attosecond pulses could “probe the shortest space- and timescales relevant to any process in our natural world, other than nuclear or fundamental particle interactions,” Kapteyn says.

The device will be commercialized over a five-year time frame, Murnane says. She and her coworkers believe its capabilities might eventually be extended to hard X-rays (10 keV to more than 120 keV) and faster pulses, perhaps in the zeptosecond (10–21 second) range.

“This ultrafast and coherent source opens a whole new range of imaging experiments that could be done in materials science and molecular biology,” says Oleg Shpyrko, a specialist in X-ray-based characterization of materials at the University of California, San Diego. “It will help push the limits of what is possible in these techniques.” 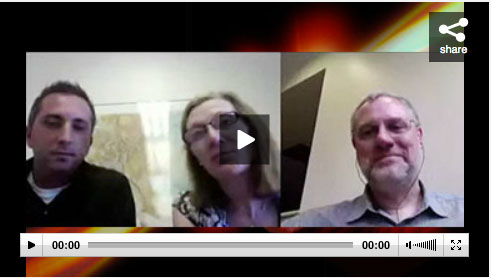 Video: Researchers from  JILA at the University of Colorado at Boulder describe a new tabletop X-ray "laser."

Tenio Popmintchev, Margaret Murnane, and Henry Kapteyn (from left)--of JILA at the University of Colorado at Boulder--describe their new technology for creating a laser-like extreme-UV and soft X-ray beam. Credit: National Science Foundation

Maybe another Nobel on the way...?