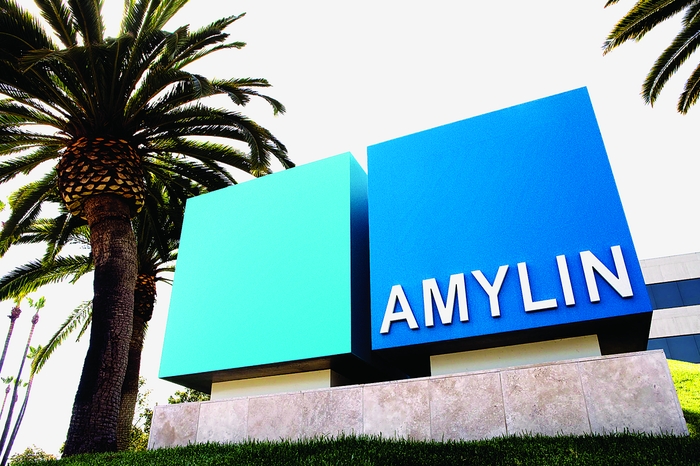 Bristol-Myers Squibb has agreed to pay $5.3 billion for the San Diego-based biotech firm Amylin Pharmaceuticals, which has three approved diabetes drugs. Taking into account Amylin’s debt and a payment it owes to a former diabetes partner, Eli Lilly & Co., the deal is valued at roughly $7 billion.

In a twist, AstraZeneca is a partner in the deal. After the acquisition closes, AstraZeneca will pay BMS’s Amylin unit $3.4 billion to add Amylin’s products to its existing diabetes collaboration with BMS. The big pharma firms will have an equal share in any gains or losses that emerge from the Amylin portfolio. AstraZeneca can later pay BMS another $135 million to gain an equal say in the strategic and financial fate of the diabetes collaboration.

BMS and AstraZeneca have been diabetes drug partners since early 2007, joining forces to develop saxagliptin, a dipeptidyl peptidase-4 (DPP-4) inhibitor, and dapagliflozin, a sodium-glucose cotransporter-2 (SGLT2) inhibitor. Saxagliptin was approved in 2009 and is sold under the brand name Onglyza; dapagliflozin suffered a setback earlier this year when FDA said it needed more data to be convinced that the drug’s benefits outweigh its risks.

Amylin’s key asset is exenatide, a peptide that mimics the blood-sugar-lowering activity of glucagon-like peptide-1 (GLP-1). Amylin has sold a twice-daily injection of exenatide under the brand name Byetta since 2005. In January 2012, after many delays, Amylin gained FDA approval to sell Bydureon, a once-weekly form of exenatide. In the first quarter, the two drugs brought in roughly $127 million, a figure the big pharma firms are betting will grow significantly under their guidance.

Several companies have been eyeing Amylin since it started looking for a partner to replace Lilly. Martin Mackay, head of R&D at AstraZeneca, tells C&EN that the firm was interested in Amylin because it would add a GLP-1 program to the DPP-4 and SGLT2 portfolio, giving AstraZeneca positions in the three newest classes of diabetes treatments. “We didn’t have an internal GLP-1 program, which meant that if we wanted to play, we would have to do an external relationship,” Mackay says. “We liked what we saw in Amylin.”

After exploring several transaction structures, AstraZeneca decided that teaming with BMS would “maximize speed and efficiency,” AstraZeneca’s interim CEO, Simon Lowth, said last week on a call with investors. “It was just so obvious that working together would benefit everybody more,” Mackay added.

The deal underscores the pharmaceutical industry’s recent push to mitigate the risks of drug development as it seeks to replenish pipelines and portfolios. Both companies are trying to fill holes left by patent losses on top-selling drugs: the antipsychosis drug Sero­quel IR for Astra­Zeneca and the blood thinner Plavix for BMS.

Analysts are positive on the risk-sharing approach. “We believe the acquisition is a good strategic fit for BMS’s diabetes alliance with Astra­Zeneca, with a sound financial basis and tangible economic benefits,” Deutsche Bank analyst Barbara Ryan wrote in a note to investors.