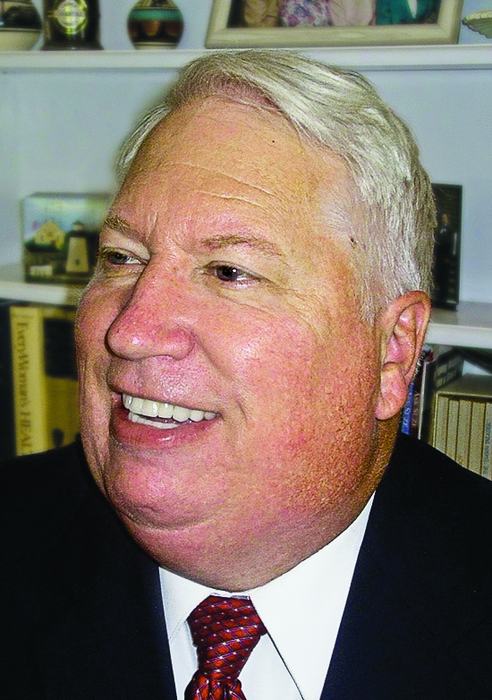 For almost three years it has been a privilege and an honor to serve you on the ACS Board of Directors. It also has been gratifying working and collaborating with the councilors and alternates at our District I councilors caucus. Time passes quickly, and now I am asking for your vote for a second term on the board.

As you may recall, my initial statement in 2009 emphasized the fact that the main responsibility of the board of directors is to develop policies and practices that maintain the financial health and sustainability of the society. To this end, appointment to the Committee on Budget & Finance was requested and I have served, since the start of my term, as a committee associate and then as a full member. We have seen that the financial challenges of the past few years have been significant; however, ACS has fared better than most comparable nonprofit organizations. The major reason for this success is that a system of collaborative planning and assessment was implemented to efficiently allocate resources.

I strongly support the mission, vision, and core values statements along with the revised strategic goals recently announced by the board. These four goals assert that ACS will be a provider of indispensable chemistry-related information; an inclusive community; a fosterer of the most innovative, relevant, and effective chemical education; and a communicator of the importance of chemistry to the public and policymakers.

Looking forward, there are some significant issues that will be important to address.

This is the primary mandate for the board of directors. Less than 5% of the funding for all society programs comes from member dues. The remaining 95% is contributed by the Publications Division and the Chemical Abstracts Service. To date, Publications and CAS have been creative and innovative in meeting the challenges of the publishing/information industry. I will continue to encourage policies that help Publications and CAS to compete effectively since society programs depend on their continued success. I will also support efforts to find additional sources of revenue, within our expertise, to enhance the contributions of Publications and CAS.

ACS is a membership society with unrivaled participation of members in society programs. I believe this unique aspect of our society must be nurtured and allowed to evolve. Many members have careers that are in jeopardy due to the economic climate. The programs available through the Committee on Economic & Professional Affairs must be more widely communicated to those in need, and new programs need to be investigated. I also strongly support the newly approved ACS Entrepreneurial Initiative that is designed to help our members develop the expertise to create new chemistry-related enterprises.

One of the major challenges facing the board of directors is the integration of the ACS into the global community. Our Publications Division and CAS can be considered global entities already. Remaining issues revolve around the appropriate status of chemists in other countries who seek ACS membership or affiliation. I favor policies that provide services and programs to international chemists based on their level of association with ACS.

As a faculty member, I support ACS initiatives to modernize chemical education. This includes the Education and Professional Training Committees’ efforts to maintain and improve the standards of an undergraduate degree. I support Dr. Bassam Z. Shakhashiri’s efforts to improve graduate education. I will also be searching for ways that the board can foster improvement of science education at all levels.

The level of science literacy needs to be enhanced. I support efforts, at the precollege, college, and postbaccalaureate levels, to increase the quality of science education for all students. Many of our members also agree with the proposition that science literacy in the general population needs to be elevated. ACS strongly supports funding for STEM education and has very visible programs such as National Chemistry Week and Chemists Celebrate Earth Day. I believe we should always seek new ways to advance science literacy.

In summary, the board is addressing these five issues in a manner that sustains our member-oriented society. I appreciate your support to continue making my collaborative contributions to this process.

Committees or subcommittees I actively served on during 2010–12 are the following:

Budget & Finance: ◾ Communications Committee ◾ PRAG, representative from board of directors

Why will a H + picked up by NH2OH sit on the non-bonded electron pair of the nitrogen and not the oxygen?
Reply »