[+]Enlarge
Credit: Newscom
Power outages and flooding crippled New York City during and immediately after Sandy ripped through on Oct. 29. 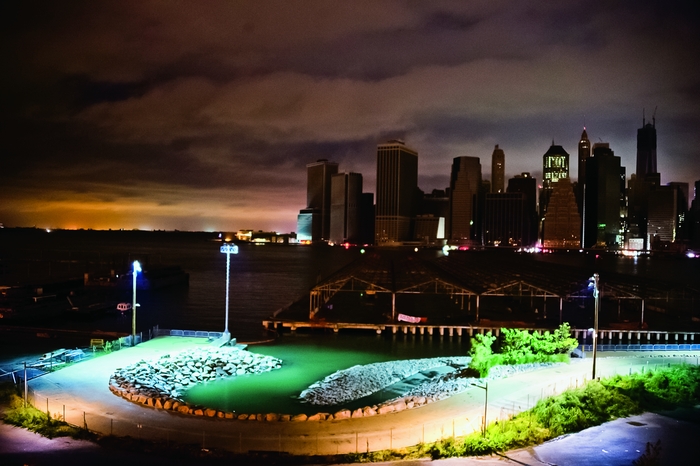 Credit: Newscom
Power outages and flooding crippled New York City during and immediately after Sandy ripped through on Oct. 29.

After days of warning, Hurricane Sandy battered the East Coast last week, leaving a vast trail of destruction from the Carolinas to Maine. Lower Manhattan and the New Jersey shore bore the brunt of the storm’s fury, with widespread flooding and power outages.

C&EN caught up with Stony Brook University, SUNY, chemistry department chair Nicole S. Sampson while she was fixing dinner courtesy of a headlamp and a neighbor’s generator. Situated on Long Island, Stony Brook U, including the chemistry department, weathered the storm with little damage and only a brief loss of power, Sampson reports. However, as of C&EN press time, the school had canceled classes until Nov. 5 because of devastation in the surrounding area.

However, NYU’s main academic buildings were not flooded. The school was hampered by power outages in its lower Manhattan location, although a two-year-old natural-gas-fired cogeneration plant provided continuous power to science and key administrative buildings. The chemistry department suffered no damage, says Chair Michael D. Ward.

In New Jersey, Rutgers University canceled classes on its New Brunswick and Newark campuses until Nov. 5.

Farther from the storm’s center, chemistry department chairs from the University of Maryland and Bryn Mawr College in Pennsylvania reported no damage to their instruments or facilities. Classes at those schools resumed on Oct. 31.

Power outages plagued the region throughout the week. The Department of Energy reported that 8.2 million electric utility customers in 16 states lacked power. Customers from Maine to Virginia were affected, with the largest number of power outages reported in New Jersey (2.6 million), followed by New York, where 2 million households and businesses lost power. The numbers dropped slowly as the week progressed.

Three nuclear power plants on the East Coast were knocked off-line by the storm, according to the Nuclear Regulatory Commission. Operators shut down Indian Point 3 and Nine Mile Point 1 in New York and Salem 1 in New Jersey.

Six petrochemical refineries in New Jersey, Pennsylvania, and Delaware either shut down or reduced production immediately after the storm, according to DOE. Electricity outages and malfunctions were the main culprit. The refineries have a total operating capacity of 1.17 million barrels of petroleum products per day, DOE says.

The loss of electrical power was the main disruption for the chemical industry, says Scott Jensen, a spokesman for the American Chemistry Council, a major industry trade group. Storm-related transportation holdups, primarily railroads, also reduced chemical plant operations, he says. But Jensen says the disruptions were minimal and that the chemical plants are coming back on-line swiftly.

The American Chemical Society, which publishes C&EN, is responding to Sandy on several fronts. “If an ACS member has been affected, or has suggestions about how ACS can be of assistance, we want people to contact service@acs.org or call (800) 333-9511,” says Executive Director and CEO Madeleine Jacobs. The society has already reached out to its affected local sections to find out what help they need.

ACS extended the voting deadline for its national election to Nov. 16. The society has extended the deadlines for abstract submissions for the spring 2013 national meeting in New Orleans (go to abstracts.acs.org).

The ACS Publications Division will make special arrangements for maintaining access to the society’s journals and C&EN, for both ACS members and institutional customers, in areas affected by the hurricane.

Chemical Abstracts Service (CAS) will provide alternative access and financial accommodations for customers affected for an extended period by the storm.

And ACS has extended the call for nominations for its 2014 national awards program to Nov. 15. The ACS Petroleum Research Fund has extended its submission deadline to 5 PM ET on Nov. 9.

C&ampEN reporters created a Twitter hashtag, #sandychemists, so researchers affected by the storm could use it when telling their stories. We know not all of our readers are on Twitter, though, so if you’re fortunate enough to have an internet connection post-Sandy, tell us your story in the comments below.
Share X
To send an e-mail to multiple recipients, separate e-mail addresses with a comma, semicolon, or both.
Title: Hurricane Sandy Slams East Coast
Author: Jyllian Kemsley
Chemical & Engineering News will not share your email address with any other person or company.