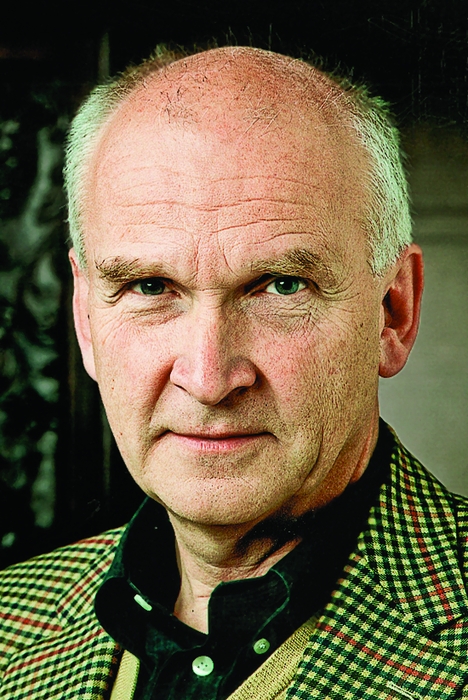 Peaks of various kinds have figured prominently in the life of Wolfgang F. Lindner. As a student, he put himself through school in Austria—where he grew up, got a Ph.D., and now lives—by being a ski instructor. And at age 68, he stays in practice by zooming down the snow-covered Alps a few times each year.

Lindner’s career has also been intimately linked to the data peaks of chromatograms. Over the years, he has developed numerous chromatographic methods and columns that deconvolute a variety of chemical species in mixtures. And his success in those endeavors has always hinged on what chromatographic peaks have told him about various compounds and how well they separate.

In 1978, during a postdoctoral fellowship with analytical chemist Barry L. Karger at Northeastern University, Lindner began a love affair with chiral chromatography when he designed the first non-amino-acid-based chelating agent for separating compounds via liquid chromatography. He went on to develop chromatographic stationary phases to separate diverse chiral acids, bases, and zwitterionic compounds for both pharmacological and life sciences applications.

The β-blocker (S)-timolol, the most widely used treatment for glaucoma, is today produced with separation technology designed by Lindner, who is now a professor and chair of analytical chemistry at the University of Vienna. His chiral ion-exchange columns—called “Lindner columns” by many separation scientists—have, in particular, gained him recognition.

“In my view,” Karger says, “Dr. Lindner is the leading figure in chiral chromatography today. The enormous impact of his work is documented by his methods and products, used by many scientists throughout the world. I can think of no one more worthy of the ACS Award in Chromatography.”

Lindner says he is passionate about separation science because modern chemistry would not be where it is without the analytical discipline. “Robert B. Woodward, the greatest chemist there’s been, synthesized vitamin B-12 molecules,” Lindner says. Without liquid chromatography to isolate isomers on the synthetic route, “he would never have accomplished that goal.”

Lindner believes it is essential that molecular recognition in general, and separation science specifically, be taught in college and beyond. “People have begun to think chromatography is a trivial technique, that you just push buttons on a machine,” he says. Losing the knowledge of how separation technologies actually work is dangerous because it could prevent their advancement and slow down future progress in fields such as drug development and the life sciences, he contends.

Lindner received a Ph.D. in organic chemistry from the University of Graz in 1972. He then joined the university’s faculty as a professor of pharmaceutical and analytical chemistry. Apart from brief stints in the U.S. to carry out postdoctoral research with Karger and to work as a visiting scientist for the Food & Drug Administration in Bethesda, Md., he remained at Graz until 1996. He then accepted his current position in Vienna.

Lindner will present the award address before the ACS Division of Analytical Chemistry during the fall national meeting in Phila­delphia.