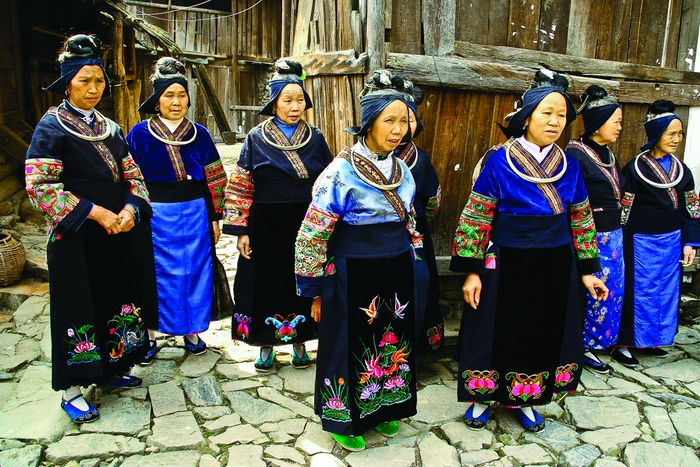 Research collaborations between scientists and indigenous communities should be respectful of native traditions and practices, protect the human rights of indigenous peoples, and be mutually beneficial to both groups. This message was delivered during a meeting on science and human rights last month in Washington, D.C. Relationships built on trust and respect can go far in advancing science, presenters said.

The meeting was convened last month by the American Association for the Advancement of Science’s (AAAS) Science & Human Rights Coalition, which encourages the scientific community to participate in activities promoting and protecting human rights (C&EN, Aug. 24, 2009, page 28). Representatives from scientific and professional organizations around the country participated in the daylong event.

“There is a lot to learn from people that have lived in an area for a long time and have that intimate knowledge of the resources and the value that comes off those lands,” said Christopher A. Farley, a national climate-change specialist at the Forest Service. “By working together, we can both glean that trust responsibly but also better accomplish our mission in” advancing science, he said.

The chemistry community could benefit greatly by working with indigenous groups, echoed meeting attendee Jeffrey H. Toney, vice president of academic affairs at Kean University, in Union, N.J., and a representative of the scientific research society Sigma Xi. For example, chemists could learn a different approach to drug discovery by trying to understand why indigenous groups have used a certain herb for thousands of years to treat a disease, the inorganic chemist noted.

Indigenous groups, however, have long mistrusted scientists, pointed out Keith M. Harper, partner and chair of the Native American practice group of the law firm Kilpatrick Townsend & Stockton. Examples exist “in our history that give indigenous communities great pause in dealing with science and … with scientists,” Harper said. He gave the example of indigenous resources having been used to develop new drugs without providing intellectual property protections for the indigenous groups.

Harper stressed the need to obtain informed consent from indigenous groups when working with them. “Someone may think that what they’re doing is in the best interest of the community,” he said. “But if that community doesn’t think it’s in their best interest and they do not knowledgeably consent to it, then I think it is ethically problematic.”

To give indigenous communities a voice, the United Nations General Assembly adopted the Declaration on the Rights of Indigenous Peoples in 2007. This declaration prohibits discrimination against indigenous peoples and promotes their full participation in all matters that concern them. It states “that indigenous peoples have the right to self-determination” and a “level of autonomy in their governance,” explained Rebecca Tsosie, executive director of the Indian Legal Program at the Sandra Day O’Connor College of Law at Arizona State University.

Tribal governments, Tsosie continued, need to be a part of the public policy dialogue as true governments and not as bystanders.

Douglas Herman, senior geographer at the National Museum of the American Indian, noted that tribal institutional review boards have taken a greater role in monitoring research that takes place on tribal lands and ensuring that research projects are well designed from the start.

The scientific community also has a role in preventing human rights abuses, said Douglas B. Richardson, executive director of the Association of American Geographers and a member of the coalition’s steering committee. “One of the advantages of this coalition is that we can share information and knowledge about how we can each be helpful in supporting human rights and also make our expertise available to those who are having their human rights infringed upon,” he told C&EN.

This dialogue is just the beginning, said Robin Schafer of the Environmental Protection Agency, who attended the meeting as a former AAAS fellow. “For me, the conference was more about articulating the concerns than defining solutions,” she said. “The first step is to all get on the same page.”

Genomics
Building bioethics into the future of life sciences innovation
Environment
Oversight For Synthetic Biology
Careers
Protecting Children’s Rights
Share X
To send an e-mail to multiple recipients, separate e-mail addresses with a comma, semicolon, or both.
Title: Bridging Cultures
Author: Linda Wang
Chemical & Engineering News will not share your email address with any other person or company.