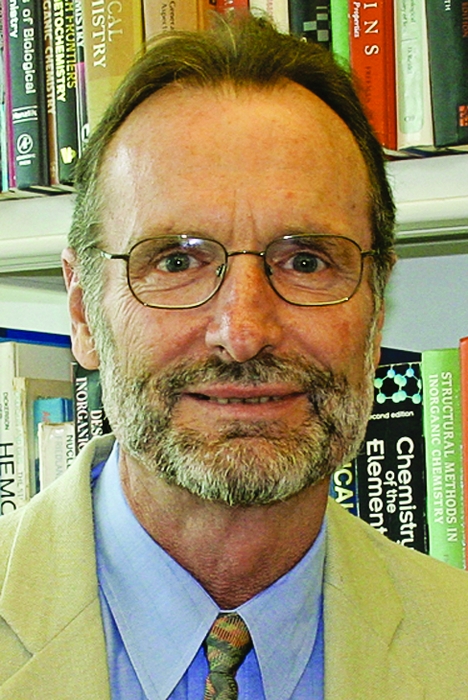 Christopher A. Reed, a Distinguished Professor of Chemistry at the University of California, Riverside, “ is one of the most creative synthetic chemists of his generation,” according to Stanford University chemistry professor James P. Collman. “He is known for the very fundamental nature of his contributions.”

As a source for creativity, Reed recommends reading the literature “with a skeptical eye and an awareness of finding where the knowledge frontier ends. In choosing research areas, their importance and novelty figure strongly,” he adds. “I have to feel that I have something unique and creative to offer. When I see a bandwagon coming, I look to another direction.”

Reed says his research group “specializes in making molecules that haven’t been made before, or stabilizing molecules previously considered to be unstable.”

Reed’s “most significant research derives from his development of icosahedral carboranes as ‘the least-coordinating anions in chemistry,’ ” notes Collman, with whom Reed served as a postdoctoral researcher in the early 1970s. “He employed this strategy to become a leading figure in the field of reactive cation chemistry across the periodic table. One example is his use of a carborane anion to prepare and characterize, via X-ray crystallography, the long-sought silylium ion.”

These carborane anions have enabled Reed to synthesize some unusual reagents, including the carborane acid H(CHB11Cl11), which is the strongest known unsolvated acid. “Strong yet gentle, because they are nonoxidants, these isolated superacids have set a new standard for Brønsted acidity,” Collman says.

“Whereas other strong/superacids decompose C60, carborane acids protonate it, allowing isolation of the crystalline acid as a salt,” he adds. “Carborane acids have made it possible to isolate and study intermediates involved in many acid-catalyzed reactions, such as aromatic electrophilic substitutions.”

Reed also prepared and isolated methyl carboranes, “which are so electrophilic that they extract hydride from alkanes at –40 °C to form stable carbenium ions that he has been able to characterize by X-ray diffraction,” Collman says. Reed used this “mighty methyl” to prepare hexamethyl hydrazinium (2+) ion—“a very rare example of an ion with two adjacent formal positive charges.”

Reed’s use of carborane counteranions has extended the applications of electron-abstracting oxidants, the synthetic equivalents of controlled-potential anodic coulometry, Collman says. Reed used these electron-hole oxidants to prepare fullerenium cations such as C60+ and C59N+.

Reed was born in Auckland, New Zealand, in 1947. He earned a B.Sc. in 1967 and a Ph.D. under Warren R. Roper in 1971, both at Auckland University. After postdoctoral research with Collman at Stanford, he joined the chemistry faculty at the University of Southern California as an assistant professor. He was promoted to full professor in 1982 and served as head of the Division of Inorganic/Biological Chemistry from 1994 to 1998. He moved to UC Riverside as a distinguished professor of chemistry in 1998 and was also appointed director of the UC Riverside Center for S & P Block Chemistry in 2005.

Reed is a fellow of the U.K.’s Royal Society of Chemistry. His other honors include a John Simon Guggenheim Memorial Foundation Fellowship in 1998, an Alexander von Humboldt Senior Fellowship in 2002, and the 2004 Tolman Award from the Southern California Section of ACS.

Reed will present the award address before the ACS Division of Inorganic Chemistry.