CORRECTION: This article was updated on Feb. 28, 2012, to correct the availability time frame for Quest Diagnostics’ Stratify test kits. The kits will be available in the second quarter of 2012, not next year.

Novartis’ Gilenya and Biogen Idec and Elan’s Tysabri are milestones in multiple sclerosis (MS) treatment. In 2006, Tysabri, which must be given as a monthly infusion, was the first new disease-modifying MS therapy in a decade, while Gilenya, approved in 2010, was the first small-molecule oral drug. But both have side-effect issues that recently flared and likely will determine whether patients can continue to benefit from these promising therapies. 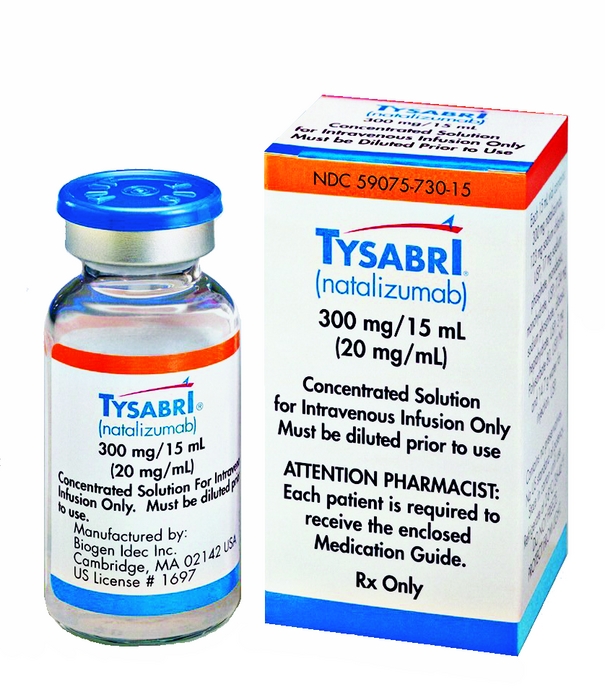 Tysabri’s problems emerged soon after its initial approval in late 2004. In early 2005, it was pulled from the market after three patients contracted progressive multifocal leukoencephalopathy (PML), a rare, but very serious brain infection. The Food & Drug Administration allowed the relaunch of Tysabri in 2006, recommending it for patients who don’t respond to or can’t tolerate other therapies. As of early January, FDA says there have been 201 cases of PML among about 96,600 patients worldwide taking Tysabri.

In a move last month toward better informed prescribing, FDA approved an update to the product’s label, which added a third risk factor for contracting PML. Two of them are prior use of immunosuppressant drugs and the length of treatment with Tysabri. The newest risk factor is the presence of antibodies to the John Cunningham virus (JCV), which causes PML. People who have all three risk factors have the highest risk, at 11 in 1,000, of developing PML. The European Union has also approved anti-JCV antibody status as a factor to stratify patients by risk.

Simultaneously, FDA approved a new blood test for detecting anti-JCV antibodies to assess exposure to the virus. Although the virus is common, it usually is harmless and doesn’t progress to PML. Through studies, Biogen Idec has determined that about 50% of all people are anti-JCV antibody positive, says Alfred W. Sandrock, senior vice president for development at Biogen Idec, whereas Tysabri users who developed PML were all positive.

“This is an example of personalized medicine, where a laboratory test can help a patient and a physician make a treatment choice to determine whether or not the benefit/risk equation works for them,” he says. Because MS is a serious disease, some anti-JCV positive people may choose to use Tysabri if their options are limited, “but at least it is an informed choice,” he adds.

Biogen worked with Quest Diagnostics to scale up the diagnostic, which is called Stratify JCV. Biogen “came to us with technology they had for performing the test and needed to have it performed on patients in their trial,” says Nick Conti, Quest’s vice president for business development. As the now-approved supplier, Quest is offering the test through its Focus Diagnostics lab. He’s hopeful that by next quarter Quest will be making kits available to other labs.

As of the end of 2011, Biogen Idec reports that more than 87,000 tests have been conducted. What the new test will mean for patients and for Biogen Idec is unclear, because knowledge of the risk may cause some people to choose to use the drug and others to decide against it.

For Biogen Idec, Tysabri is its “key near-term growth driver,” Standard & Poor’s analyst Steven Silver says in a recent report. In 2011, Tysabri sales rose 23% to $1.5 billion. Because of the new test and the drug’s efficacy, Silver believes that Tysabri sales will likely continue to grow, despite concerns about PML. And this year, Biogen Idec expects to file for approval of its oral MS drug, BG-12.

According to Citigroup analyst Yaron Werber, the highly competitive MS drug market is growing about 5–6% per year in Europe, 1–2% in the U.S., and by double digits elsewhere. Novartis’ Gilenya has been a major factor in this recent growth. In addition to BG-12, new competition may soon come from Sanofi’s oral drug Aubagio.

Last month, however, the European Medicines Agency (EMA) began a benefit/risk review of Gilenya after reports of serious heart problems and 11 deaths. FDA started its own safety review for the same reasons in December 2011. Until a connection, if any, is found, the agencies have advised doctors to carefully monitor patients. And Novartis has committed to supplying the agencies with results from its ongoing study of the drug’s cardiovascular effects.

At the time of Gilenya’s approval, the risk of transient bradycardia, or slow heart rate, was known, but no cases of sudden or unexplained death had been reported in studies. Like Tysabri, Gilenya is recommended for use when the disease hasn’t responded to other drugs or is rapidly getting worse. According to Novartis, more than 30,000 patients have received Gilenya since 2003. Sales of the drug in 2011 were $494 million.

“We look forward to results of the EMA’s investigation,” Timothy Coetzee, chief research officer at the National MS Society said in a recent statement, “because understanding the benefits and risks of therapies is vitally important to everyone in the MS community.”

Comments
Andreas Melas (February 23, 2012 12:45 PM)
Opexa Therapeutics has a novel approach to MS treatment which is autologous and amounts to an individualized vaccine. Stage II results in Relapsing Remitting MS show as good efficacy as by any drug and no side effects( see Opexa Therapeutics website). Yet this promising approach could not secure funding for the necessary Stage III trials. Opexa made a change to focus on the Secondary Progressive MS but so far no funding for the Stage III trial. It seems odd that returning one's own blood as this approach entails, should require FDA approval and funding is difficult to secure in order for this aproach to be used but that is the situation now.
Reply »