USDA’s BioPreferred program aims to bolster the market for renewable materials, but few labs do the testing

SPEED DEMON
[+]Enlarge
Credit: National Electrostatics
An accelerator mass spectro­meter such as this one can be used to measure the biobased-carbon content of materials. 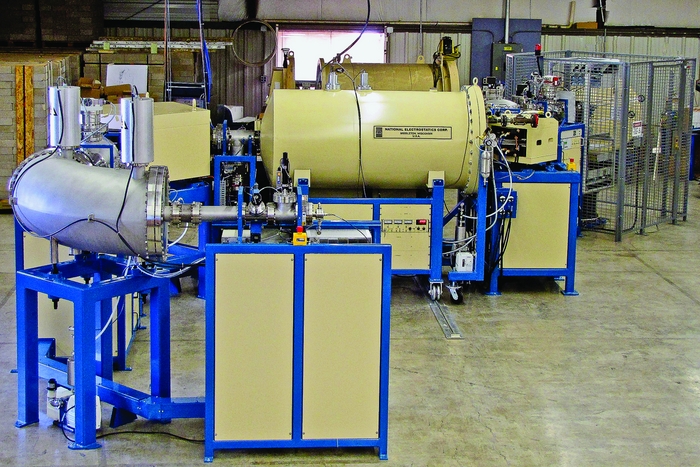 Credit: National Electrostatics
An accelerator mass spectro­meter such as this one can be used to measure the biobased-carbon content of materials.

In 1998 the U.S. government committed to preferentially purchase biobased products that perform as well as and do not cost much more than their synthetic counterparts. A year ago that commitment, under the U.S. Department of Agriculture, grew into the consumer-oriented BioPreferred labeling program to show the renewable content of consumer products.

Now, using the results of a $400–$600 carbon analysis test originally tailored to determine the age of ancient artifacts such as the Shroud of Turin, manufacturers can get an imprimatur that USDA hopes consumers will count on when buying plastic goods, deodorant, or paint. But practitioners of radiocarbon dating say low profit margins and the high cost of meeting USDA-required quality certification standards have limited the number of labs that do the testing. That number, in fact, is one.

Miami-based Beta Analytic is currently the only lab qualified to do the tests needed to meet USDA standards. The University of Georgia’s Center for Applied Isotope Studies expects to get the go-ahead in the second half of this year; first it must meet the International Standards Organization (ISO) testing competency and calibration requirements.

Carbon-dating tests must follow one of two methods set by the testing standards organization ASTM International. The first, used to examine the shroud that some believe contains a 2,000-year-old image of Jesus, uses an accelerator mass spectro­meter to count the radioactive carbon-14 content in a product. New materials of plant or animal origin have high concentrations of 14C. Older materials have less 14C, and ancient fossil-based materials such as petroleum have none. Using 14C’s half-life of 5,730 years, scientists dated the shroud to the late-13th century (Nature, DOI: 10.1038/337611a0 ).

The other test depends on a labor-intensive technique known as liquid scintillation counting to do the same thing. ASTM sets out protocols for both methods under its D6866 standard: Test Methods for Determining the Biobased Content of Solid, Liquid, & Gaseous Samples Using Radiocarbon Analysis.

Radiocarbon dating is a small market. Only about a dozen labs in the U.S. are equipped to do radiocarbon dating for customers. The equipment supplier market is also small. Two firms, National Electrostatics in Wisconsin and High Voltage Engineering in the Netherlands, manufacture accelerator mass spectrometers for carbon dating, and PerkinElmer supplies liquid scintillation analyzers for the alternative dating technique.

USDA launched the labeling program in February 2011, and products marked with the USDA Certified Biobased Product label are starting to appear on store shelves, says Ron Buckhalt, a program manager at the agency. To date, about 600 products have qualified to carry the label, and roughly one-third are cleaners and personal care products. Expect to see more of the labels, he says, as new inventory incorporating them is shipped to stores. 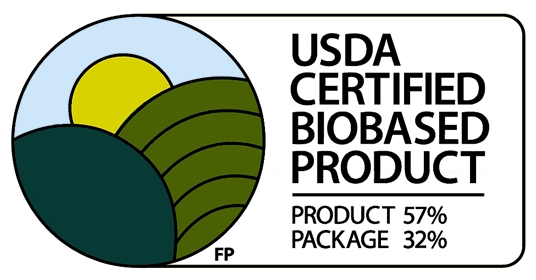 The labels—with a sun, sea, and field motif against a blue sky—can be used to market both consumer and industrial products. To obtain the label, products must have minimum biobased content that ranges from as little as 7% for carpet to 95% for transformer fluid. Labels list the biobased content of the packaging, the product, or both.

Although NatureWorks and others have received the BioPreferred label, Beta Analytic and the University of Georgia lab note that the market for testing biobased products is small. The bulk of their revenues come from dating archaeological finds, testing natural foods and flavors for synthetic adulterants, forensic analysis of crime-scene samples, and pharmaceutical radiolabel tagging for metabolic and drug efficacy studies.

Randy A. Culp, associate research scientist at the University of Georgia, says profit margins for running 14C tests at the school’s isotope center are slim. Although the center was involved in writing the ASTM standards, it hesitated to spend between $5,000 and $10,000 for an ISO inspection, concerned it would not earn back the qualification costs.

Darden Hood, president of Beta Analytic, points out that lab equipment to do the testing costs many millions of dollars and sophisticated techniques are required to prepare samples and then separate isotopes for the analysis. “Biobased material testing is not a big moneymaker,” he says.

Culp adds that makers of biobased materials haven’t exactly been clamoring for the tests. The Georgia center received many more requests for testing prior to the Great Recession of 2008 than it has since. With money still tight, Culp surmises, many start-up firms that are developing biobased materials might not want to pay for the test.

About 1,100 applications for BioPreferred labels are pending, according to USDA’s Buckhalt. “We are in the process of asking companies if they want to complete the process. Some will and some will not,” he says.

The overall market for biobased materials is still small, and it could certainly use a boost from USDA’s label program, notes Kalib Kersh, an analyst with emerging technologies research firm Lux Research. Global revenues for biobased materials last year were $9.1 billion, compared with $3 trillion for the petrochemicals they compete against, he points out.

The good thing about the USDA testing program, Kersh notes, is that it creates a government demand for biobased materials while at the same time providing a “green” label to guide consumers. Still, he says, a simpler and less expensive test would be a boon to the program.

At least one company has tried to come up with such a test. Picarro, a maker of cavity ring-down spectrometers, added a combustion module to its instrument to measure the infrared signature ratios of 12C to 13C. But Iain Green, business development director, says the result isn’t definitive.

The Picarro instrument provides “a fast and easy check of biobased contents, but it can’t make an absolute determination,” Green acknowledges. The test, which costs only about $1.00 to perform on a $100,000 instrument, is good for a quality check.

Coca-Cola reportedly uses the Picarro instrument as a check on the sugar-based ethylene glycol used in its PlantBottle polyethylene terephthalate packaging, but Green would not confirm that. USDA’s Buckhalt says the agency plans to meet soon with executives from Coca-Cola. Although the beverage company does not now use the BioPreferred label, the agency hopes it soon will.

Ramani Narayan, a professor of chemistry and biochemical engineering at Michigan State University, calls the Picarro instrument “a complementary tool” to the 14C testers now in use. As head of the ASTM committee that developed the D6866 testing standards, he says they outline “clear, absolute testing methods.”

USDA chose to rely on the ASTM methods, Narayan points out, because they don’t allow makers of biobased materials to cheat. USDA is confident in those standards and hopes to see more firms use the label, Buckhalt says. “We would encourage other companies to look at supplying the testing service,” he adds.