Water Surfaces As A Concern In China

Manufacturers in China pay more for water, face more scrutiny in their water use

PARCHED LAND
[+]Enlarge
Credit: ZUMA Press/Newscom
Water is becoming scarce in China, even in areas such as Jiangsu province that are endowed with lakes and rivers. In this May 2011 picture, a drought reveals the bed of the Yangtze River. 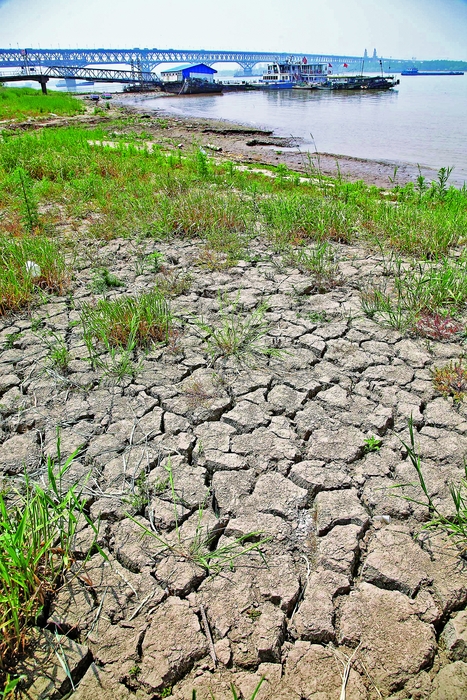 Credit: ZUMA Press/Newscom
Water is becoming scarce in China, even in areas such as Jiangsu province that are endowed with lakes and rivers. In this May 2011 picture, a drought reveals the bed of the Yangtze River.

Managers of manufacturing facilities in China must jump through many hoops to keep their plants in operation. In recent years, factory managers have faced difficulties in securing stable supplies of electricity or finding all the workers they need. Many manufacturers have also been challenged by stricter environmental standards.

A new problem is creeping up: China lacks enough water, and industry is starting to pay the price. The country’s current five-year plan, which started in 2011, calls for a 30% improvement in efficiency in the use of water throughout China.

“Prices are going up from one year to the next,” says Fuqiang Sun, president of Changzhou Watson Fine Chemicals, a manufacturer of pharmaceutical intermediates in the eastern province of Jiangsu. Watson, Sun says, is paying more both to obtain water and to treat wastewater. But it is not a serious problem, he insists.

Other manufacturers also tell C&EN they aren’t too concerned about increases in the price of water. But it’s a mistake to overlook the issue, according to China Water Risk, a Hong Kong-based nongovernmental organization that advocates for more efficient water use. China’s water scarcity has already become one of the top worries of officials in Beijing, the advocacy group claims.

“Government officials throughout China have to meet certain targets, and they pass on these targets to industry,” said Debra Tan, China Water Risk’s director, at a briefing in Hong Kong late last year. “With the current consumption patterns, demand for water in China will exceed supply by 2030.” China has access to 7% of the world’s freshwater resources but has to sustain 20% of the world’s population, Tan noted.

Companies sourcing materials from China should be ready to deal with the impact that water shortages could have on their suppliers’ ability to deliver, especially when the suppliers operate in water-deficient parts of the country, Tan advised. She warned that water costs will eventually lead to increases in the prices of Chinese products. Water shortages, for example, could affect the price of electricity, because power generation requires large quantities of water.

Water-use costs are currently low in China compared with other manufacturing countries. For example, Shanghai charges far less for water than does New York City, Tokyo, or Singapore, according to China Water Risk. And yet the per capita availability of water in Shanghai is comparable to that of the occupied Palestinian territories in the Middle East, the group said.

Speaking at the same Hong Kong briefing, Wai-Shin Chan, director of climate-change strategy at the banking giant HSBC, warned that “it may be difficult [for manufacturers] to expand operations in an environment of water controls.” Research performed by HSBC indicates that the provinces of Liaoning, Jiangsu, and Zhejiang—home to many chemical and pharmaceutical producers—are among 16 Chinese regions that face a high risk of water shortages.

For the time being, BASF’s integrated chemical complex in Nanjing, Jiangsu province, has access to all the water it needs. The company just completed a major expansion of the facilities there.

“We don’t use any groundwater or potable water, and these are the main focus areas for water conservation,” says Genevieve Hilton, the company’s Hong Kong-based head of external communications for the Asia-Pacific region.

Chinese officials are more likely to hold BASF up as a model than to restrict its access to water, she adds. BASF is occasionally asked by government officials to explain how the company man­ages its water consumption, she says, given that it has implemented several water-saving initiatives while simultaneously expanding production at the site.

In contrast, the water supply was cut several times last summer at a plant in Taizhou, Zhejiang province, operated by the Portuguese pharmaceutical ingredients producer Hovione. The facility produces contrast media, injectable materials that are used to improve the contrast of X-ray images. “Everybody had their water cut off, including the public,” says António Gomes, the plant’s deputy general manager. Taizhou is one of China’s major production centers for pharmaceutical ingredients.

A reservoir on which Taizhou depends dried up last summer as a result of inadequate rainfall, Gomes explains, although the problem was temporary. The local government has already rectified the situation by building pipelines connecting the problematic reservoir to more reliable ones, he says.

Like others, Gomes confirms that the price the government charges for using water is going up, but it is something that he supports. “Water should be conserved, and price is the way to do it,” he says.

The impact of the price increases has so far been minimal, Gomes notes, because water is still the cheapest of the three utilities the Taizhou plant requires. The other two are steam and electricity. Energy costs far more than water, and Hovione is at present working to improve the energy efficiency of the plant, Gomes adds. “We will turn our attention to water after we’re done with energy,” he says.

At the Changshu Economic & Technological Development Zone, an industrial park in Jiangsu province where a cluster of pharmaceutical plants is located, Vice Director of Investment Promotion Jun Li, a government official, tells C&EN that water supply is not a major issue. “We’re not short of water,” he says. “We’re located next to the Yangtze River, so this problem is not affecting us all that much.”

Companies seeking regulatory approval to set up in Changshu, however, are encouraged to explain how their planned facilities will consume water efficiently. “Saving water is a national policy,” Li says. “Companies that present investment plans that are more environmentally friendly tend to go through the approval process more smoothly.”

At Watson, water costs have increased noticeably in recent years, but Sun says this is not one of his main worries. “The biggest element of pressure at the moment, from my perspective, is that the macroeconomic situation is not good,” he says. Beyond that, Sun finds himself preoccupied by Chinese government efforts to make companies comply with ever-higher standards of industrial and environmental safety.

“As the owner of a chemical plant, a lot of things give me headaches,” Sun says. “The increase in the price of water, although significant in percentage terms, is not really a significant issue when looking at the whole picture.”