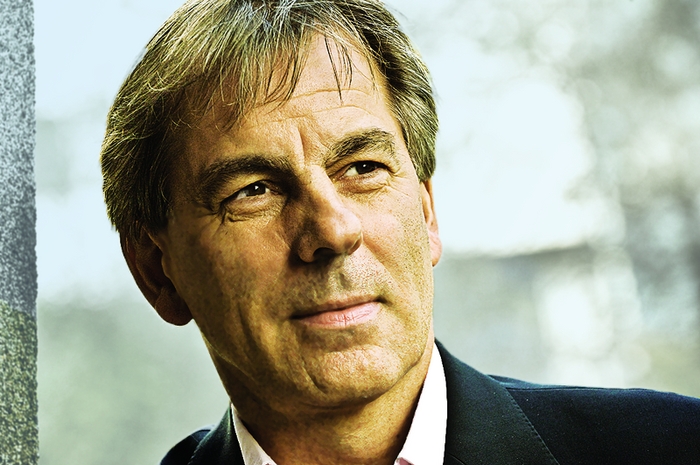 Like all Dutch students, E. W. (Bert) ­Meijer had to decide upon a major before he could begin his university studies in the Netherlands. With his natural aptitude for science, Meijer could have easily chosen physics or biology. But he settled upon chemistry, he says, because it was rooted in physical laws but also required one’s imagination.

Imagination, it turns out, has played an important part in Meijer’s career. For his “creative and visionary use of supramolecular interaction to create novel functional self-assembled architectures, which has introduced new materials and the concept of multistep noncovalent synthesis,” Meijer is being honored with this award.

For the past 20 years, Meijer, who is 56, has been teaching and conducting research at Eindhoven University of Technology, in the Netherlands. He is currently Distinguished University Professor of Molecular Sciences, professor of organic chemistry, and director of the Institute for Complex Molecular Systems.

But Meijer took a major detour before beginning his academic career. After completing his doctoral studies in traditional organic chemistry at the University of Groningen, in the Netherlands, Meijer spent a decade as an industrial researcher in his home country, working at Philips Research Laboratories in Eindhoven and at DSM Research in Geleen. “Due to that detour,” he says, “I came to the conclusion that I could really bring something additional to materials science if I used a purely organic chemistry approach.”

Indeed, by bringing his organic chemistry skill set to materials science, Meijer has introduced a new class of dendrimers and has developed the concept of supramolecular electronics and supramolecular polymers. More recently, Meijer has been working in the area of complex molecular systems. The challenge in this new area of organic chemistry is to create multicomponent functional systems by combining covalent and noncovalent synthesis.

“I think the strength of chemistry is making things,” Meijer says. “For centuries, it was making molecules. For the future, it will be synthesizing objects out of more than one molecule.”

“There are few who can boast Meijer’s conceptual impact in the areas of dendrimers, conducting polymers, chiral assembly and recognition of polymers, self-assembly, and dynamic noncovalent macromolecules,” adds Massachusetts Institute of Technology chemistry professor Timothy M. Swager. “Bert is generally the first to make a discovery, authoritatively characterize the properties, and establish a new paradigm.”

“The biggest hurdle that you have is to continuously go out of your comfort zone,” Meijer says of his success pushing the boundaries of science. “But that’s what keeps me excited.”

In addition to his research and teaching, Meijer often speaks about science to the general public. He gives talks to schoolchildren and even gave a lecture at the Lowlands outdoor music festival in the Netherlands, speaking about why we cannot make life in the lab.