[+]Enlarge
Credit: Nature
An X-ray crystal structure depicts the ß2 adrenergic receptor (green) with its G protein, a heterotrimer called Gs (yellow, blue, and aqua). The complex is stabilized by a llama antibody (red) and the enzyme T4 lysozyme (purple). 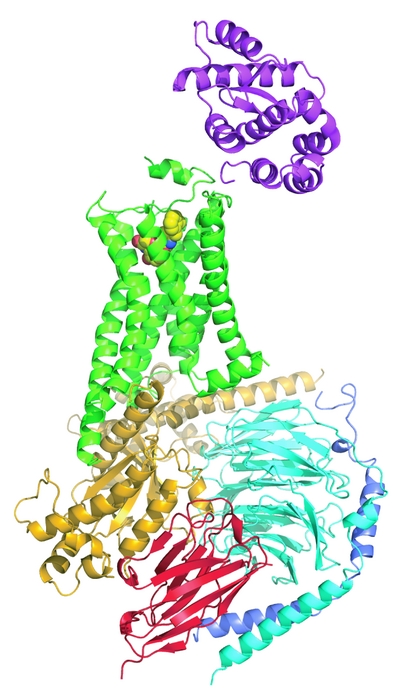 Credit: Nature
An X-ray crystal structure depicts the ß2 adrenergic receptor (green) with its G protein, a heterotrimer called Gs (yellow, blue, and aqua). The complex is stabilized by a llama antibody (red) and the enzyme T4 lysozyme (purple).

Robert J. Lefkowitz, 69, and Brian K. Kobilka, 57, will take home this year’s Nobel Prize in Chemistry for unraveling the molecular workings of G-protein-coupled receptors (GPCRs). The receptors are a family of proteins that transmit critical biological messages for functions such as vision, smell, taste, and neurotransmission. 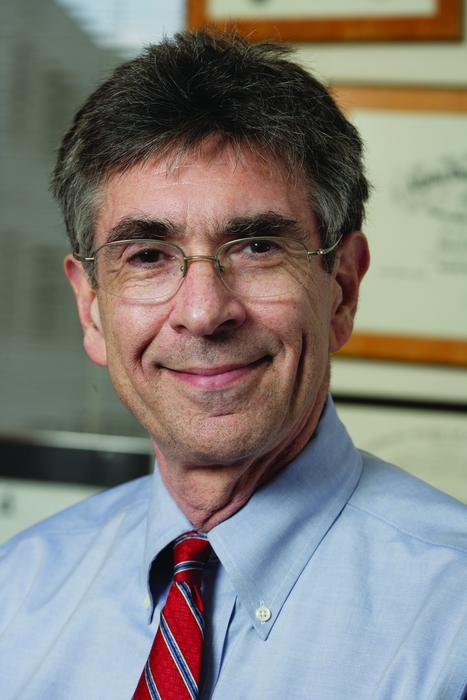 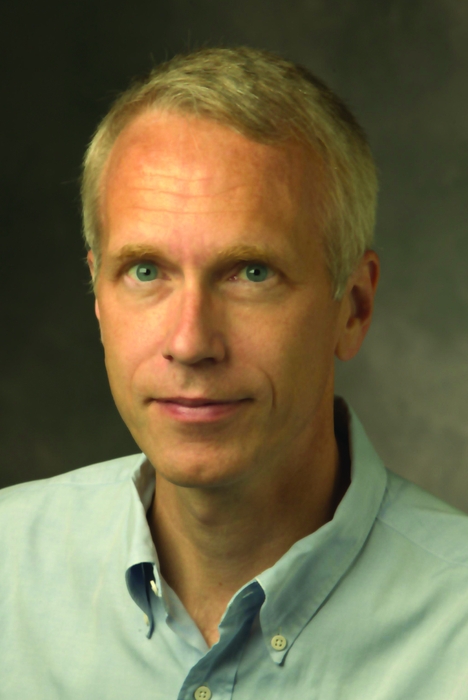 Lefkowitz and Kobilka’s discoveries also laid the foundation for a flurry of structures of GPCRs solved over the past five years, the Nobel committee said at an Oct. 10 press conference. Those structures explain at atomic-level detail how the receptors, which always wind back and forth seven times through cell membranes, transmit messages.

GPCRs “are crucially positioned to regulate almost every known physiological process in humans,” Lefkowitz, a Howard Hughes Medical Institute investigator based at Duke University Medical Center, said by phone at the press conference. For decades, researchers knew that hormones such as adrenaline outside cells led to changes inside cells. But the exact nature of this chemical signaling was a mystery. Lefkowitz first traced this signaling with radioactive blocking agents. Eventually, his team managed to pluck GPCRs—including the receptor for adrenaline, the β-adrenergic receptor—out of the tissues where they had always been studied.

Kobilka, now at Stanford University School of Medicine, was a postdoc in Lefkowitz’ lab in the 1980s, when the lab was hunting for the gene encoding the β-adrenergic receptor. When Kobilka finally isolated the gene, he realized the receptor comprised seven helices, just like rhodopsin, which resides in the retina and responds to light. The Lefkowitz team realized that a large family of seven-helix receptors must exist. “Lefkowitz and Kobilka have helped us understand the molecular details of cellular signaling,” says American Chemical Society President Bassam Z. Shakhashiri. “It is helping chemists create new medicines that will benefit society.”

GPCRs are targets for as many as 50% of prescription medicines on the market, but many of those drugs, such as beta-blockers, date to long before the prizewinning discoveries. “Chemists made early GPCR drugs by just making molecules related to natural hormones or neurotransmitters,” says Fiona H. Marshall, chief scientific officer of Heptares Therapeutics, a firm that specializes in GPCR drug discovery. Lefkowitz and Kobilka’s work allows medicinal chemists to understand better the proteins they are targeting as they go about designing new drugs, she adds. Although the Nobel committee pointed to Kobilka’s more recent research achievements, including the first X-ray crystal structure of a GPCR bound to its signaling partner, “this Nobel Prize is not just about the GPCR structure,” Marshall says. “That was the icing on the cake at the end.”

Lefkowitz and Kobilka will split the $1.2 million prize, which Lefkowitz said he didn’t anticipate. “I can assure you I did not go to sleep last night waiting for this call.” His original plan for the day, he said, included getting a haircut.

More On This Story

CENtral Science Blog: A Nobel In Chemistry, Through The Eyes Of “Families”

Bing (October 10, 2012 1:43 PM)
This is not chemistry folks! It is an achievement in medical field and should belong to Nobel prize for medicine. Both of them are in medical schools, not department of chemistry. This has happened year after year that snubbed real chemistry contribution to the world.
Reply »

DLE (October 11, 2012 12:37 PM)
Wonderful discovery. Wonderful science. Biochemistry is chemistry too. Let's embrace them and remind the world that much of medical and biomolecular science is just another branch of chemistry
Reply »