[+]Enlarge
Credit: Evan-Amos/Wikipedia
Gamer: The old gray Nintendo was the video game system of the late 1980s and early ’90s. 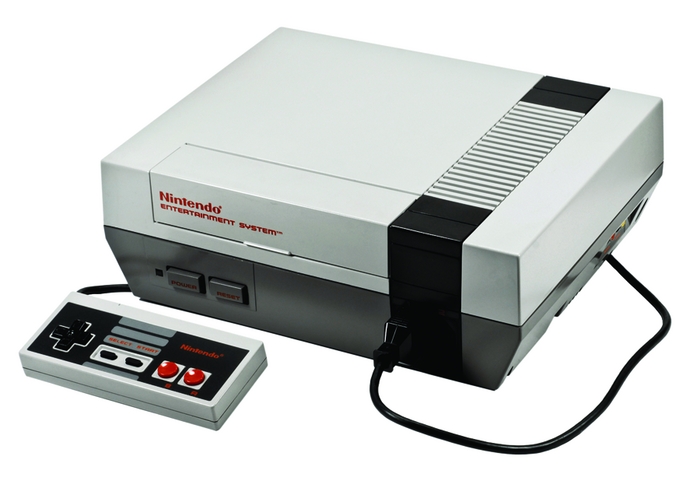 Credit: Evan-Amos/Wikipedia
Gamer: The old gray Nintendo was the video game system of the late 1980s and early ’90s.

The Newscripts gang remembers evenings in the late 1980s spent playing games on the Nintendo Entertainment System, guiding a plumber named Mario through mushroom kingdoms. So we were excited to hear about a computer scientist who recently taught his computer how to play Super Mario Bros. and other Nintendo games.

Tom W. Murphy VII works on machine learning, a field of computer science that involves teaching computers how to perform specific tasks. He came up with the idea for the Nintendo project when he reflected on how much more memory his current computer has than the old game system does. “I basically could fit 32 million Nintendos on my computer,” he says.

Murphy thought that he could leverage this computing advantage to write a simple computer program that would first figure out the goal of a Nintendo game and then play through it millions of times to find the right combinations of button pushes to win. The computer doesn’t actually play with a physical controller. It simulates the signals produced by pressing the buttons.

The program has played about 15 Nintendo games to date, with varying success, Murphy says. For Super Mario Bros., it plays into the third stage of the first level, significantly further than the one minute of game play Murphy used to train the program. But with Tetris, the program doesn’t learn the point of the game and just stacks up blocks into ragged pillars. It eventually realizes this Tetris strategy isn’t sustainable and pauses the game right before it loses.

Murphy has received interest from other Nintendo fans and computer scientists. A YouTube video he made to explain the program has received about 500,000 views: “It got picked up by a bunch of famous nerds, which was gratifying,” he says.

State legislatures show off their pride for their homes by adopting all types of symbols, such as trees, flowers, and, in Massachusetts, even doughnuts. Now Oregon and Hawaii want to honor state microbes.

[+]Enlarge
Credit: Shutterstock/C&EN
Symbols: Hawaii and Oregon would like to be the first states to adopt an official microbe. 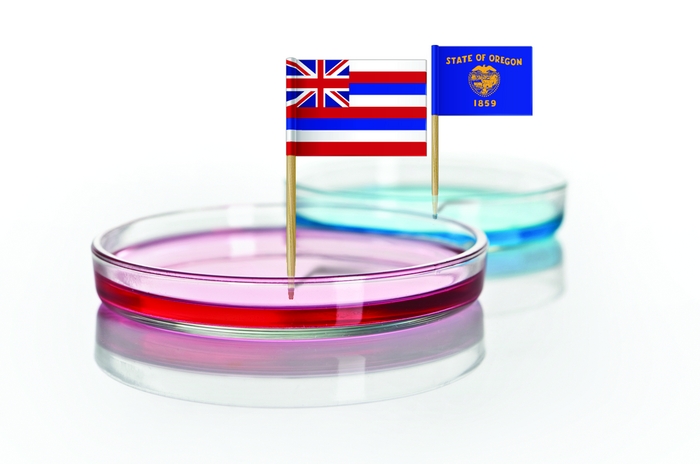 Credit: Shutterstock/C&EN
Symbols: Hawaii and Oregon would like to be the first states to adopt an official microbe.

In February, State Rep. Mark Johnson introduced a resolution in the Oregon House of Representatives to make brewer’s yeast, Saccharomyces cerevisiae, the official microbe of the state. He thinks the organism serves as a great symbol for the state’s thriving craft beer industry. “I’m not aware of another microbe that brings $2.5 billion into Oregon’s economy on an annual basis,” Johnson says.

The microbe resolution passed the House, 58-0, in April and could get a vote in the state’s Senate later this year.

In Hawaii, Stuart P. Donachie, a marine microbiologist at the University of Hawaii, Honolulu, pushed for a resolution to designate Flavobacterium akiainvivens the state microbe because it was first found on the islands. Iris Kuo, a high school student working in his lab, discovered the bacterium on decaying akia shrubs, which are native to Hawaii.

State Rep. James K. Tokioka introduced the resolution in the Hawaiian House in January, but the resolution will have to wait until next year to be voted on, Donachie says.

Joan W. Bennett, a microbiologist at Rutgers University, New Brunswick, thinks naming state microbes is a great idea and enjoys thinking up organism-state matches. “It makes for good cocktail party talk at meetings of the American Society for Microbiology,” she says.

Bennett hopes adopting state microbes will educate people about the organisms’ importance and demonstrate that not all microbes are bad. Donachie agrees: “We should expose everybody to microbes,” he says, “in an intellectual context, of course.”