Financial results reflect the economic challenges of 2012, but stock values point to optimism 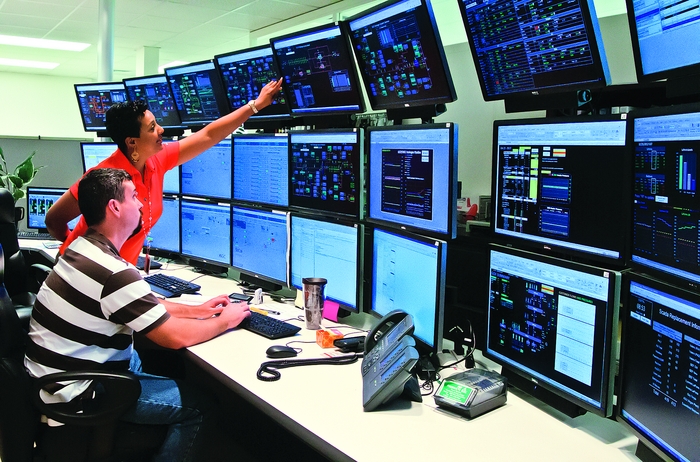 C&EN’s latest survey of the Top 50 U.S. chemical companies reveals a chemical industry that, although healthy, is in no better condition than it was a year ago. Both sales and profits for the largest chemical makers were down slightly in 2012, the period of record for the survey.

However, chemical company stock prices rose strongly over the course of the year. Investors are apparently sending a signal: The sluggishness experienced by the global economy in 2012 was only temporary, and many of the problems that worried investors early in the year—including a European recession and softness in China—will be overcome.

In his letter to shareholders, Andrew N. Liveris, chief executive officer of Dow Chemical, noted the challenges he faced navigating his firm, again number one in C&EN’s ranking, through a difficult year. “The world continued its rocky recovery in 2012, with volatility and uncertainty proving to be the new normal,” he wrote. “Persistent weakness in Europe was a continued drag on global [economic] growth, while dramatic declines in China, Brazil, and other emerging geographies introduced new risks to a sustained recovery.”

U.S. chemical companies were pulled down by these factors, but not sharply. Combined sales for the Top 50 were $318.7 billion, a 3.1% decline from 2011. Twenty-six of the companies—and seven of the top 10—posted sales declines. Although the sales figure can be considered a disappointment, it should be noted that the 2011 total was a record. 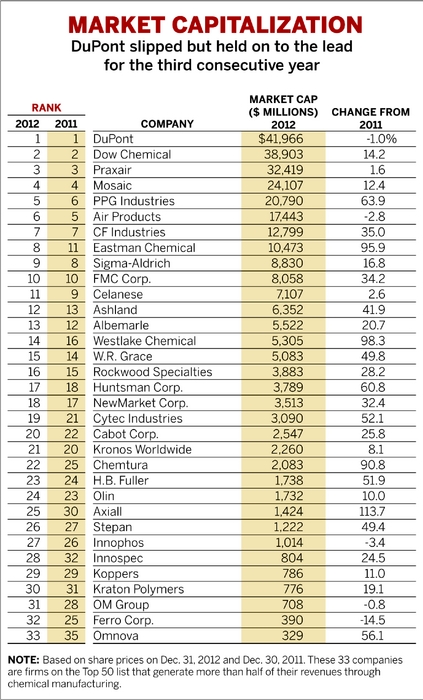 Profits also fell. The 42 chemical firms in the ranking that report operating profits together posted a 3.2% decrease to $38.9 billion. As was the case for sales, the comparison year of 2011 was a record for chemical company profitability.

Only one firm, Ferro Corp., reported a loss. Ferro is a company in turmoil. Its CEO resigned last year. Activist shareholders are trying to get new directors elected to its board. And it is fending off a hostile takeover attempt by plastics compounding firm A. Schulman.

Mergers and acquisitions had a big impact on the Top 50 ranking this year. Four firms that previously appeared didn’t make the list this year because of acquisitions.

TPC Group, number 30 in 2012, was acquired by the private equity firms SK Capital Partners and First Reserve and no longer reports its results. Solutia, number 34 last year, was purchased by tenth-ranked Eastman Chemical. Titanium dioxide maker Tronox, number 37 in last year’s survey, merged with the mineral sands business of Exxaro Resources and now has its headquarters in Australia. Sunoco, number 45 last year, exited chemicals through deals such as the sale of its polypropylene business to Brazil’s Braskem.

Other transactions made chemical firms move up and down the ranking. Ashland jumped to 14, from 20 the year before, thanks to a full year of regular operations after its 2011 purchase of International Specialty Products. Cytec Industries dropped to 35, from 26, largely because of the divestiture of its coatings resins business to the private equity firm Advent International. 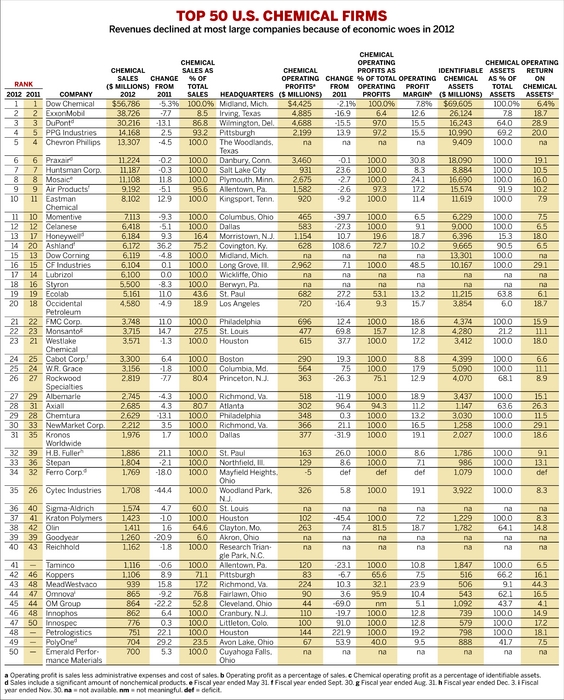 Christopher D. Cerimele, director of the chemical practice at the investment banking firm Houlihan Lokey, has seen a pickup in deal-making over the past year. Companies that are selling are trying to get rid of divisions that are no longer a good fit, he says, and those that are acquiring want operations that line up closely with what they already have.

A decade ago, in contrast, companies often ventured into unfamiliar territory for greater size and diversification. “Companies in this market are not making big stretches to grow revenues,” Cerimele says. “Now there is a strong strategic rationale.” 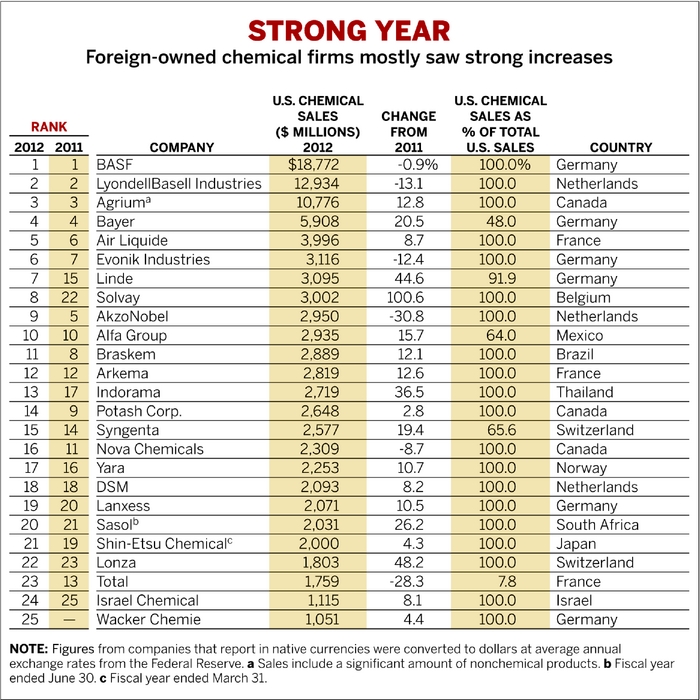 Private equity firms are also eyeing the chemical industry, Cerimele says. Financing, which took a hiatus during the housing meltdown, has come back strong, largely because of central bank policies around the world aimed at stimulating economies with low interest rates. “The financing markets are as good as they have ever been,” he says.

Private equity firms also have a positive impression of the chemical sector, according to Cerimele. “They see it as an attractive sector within industrials right now,” he says. Because chemical companies supply every sector of the economy, a chemical investment is a way for a private equity firm to position itself for a strong recovery ahead.

Stock buyers seem to agree. C&EN’s ranking of firms by market capitalization shows that 2012 was a good year for chemical stock prices. The combined market capitalization for the 33 publicly traded chemical firms in the Top 50 was $277.2 billion at the end of 2012, an 18.1% increase from 2011. In contrast, the Standard & Poor’s 500 stock index rose 13.4% during the year.

DuPont held on to the top spot in this ranking, despite a 1.0% decline in its market cap. Its margin over number two Dow shrank to $3.1 billion from $8.3 billion the year before.

There were a few impressive gainers in the capitalization ranking. Axiall, the polyvinyl chloride and chlor-alkali firm formerly known as Georgia Gulf, enjoyed a 113.7% increase in market cap to $1.4 billion. Axiall is merging with PPG’s commodity chemicals business. Three other firms—Eastman, Westlake Chemical, and Chemtura—each posted gains of more than 90%.

If the instincts of stock investors and private equity firms turn out to be correct, C&EN’s 2014 U.S. Top 50 will reflect strong improvement in the chemical sector. Perhaps the industry will even return to hitting records for sales and profits.