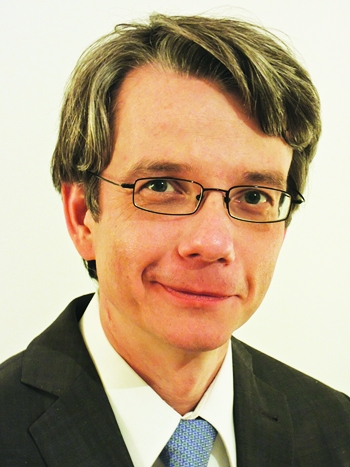 Carsten Reinhardt, a historian of science at Bielefeld University, in Germany, has been named the new president of the Chemical Heritage Foundation (CHF), a Philadelphia-based institution devoted to the history of chemistry.

Reinhardt will be CHF’s third president, effective Aug. 1. President Thomas R. Tritton is retiring after leading the organization since 2008.

CHF runs a museum dedicated to science history, a library and archive, a visiting research fellows program, an oral history program, a magazine on the history of chemistry, and a center for contemporary science policy research. “It’s a rare thing to find all these activities combined into one dedicated institute, especially one focused on molecular science, my research area,” Reinhardt tells C&EN. “How could I resist?”

Reinhardt has been a historian of science at Bielefeld since 2007 and previously held an assistant professor position at the University of Regensburg, also in Germany. His past research has spanned many aspects of molecular science, including the history of physical methods such as nuclear magnetic resonance and mass spectrometry.

The American Chemical Society, which publishes C&EN, was a founding member of CHF when it was established in 1982.