[+]Enlarge
Credit: Jason Elias/Discovery Channel
Shop time: Amy, a contestant on “The Big Brain Theory,” is the self-proclaimed “Martha Stewart of engineering” because she can do it all. 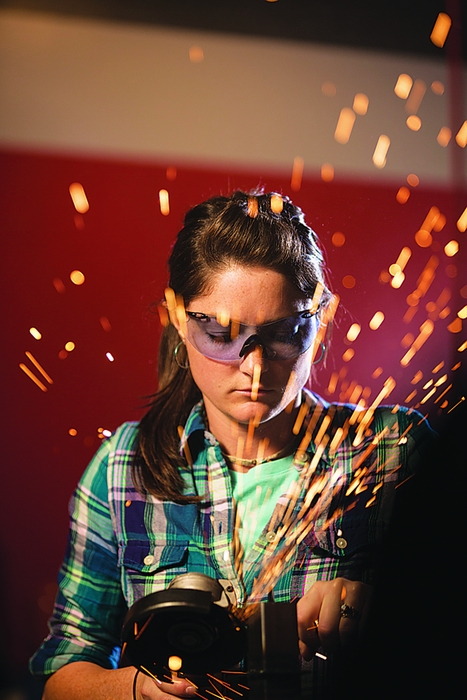 Credit: Jason Elias/Discovery Channel
Shop time: Amy, a contestant on “The Big Brain Theory,” is the self-proclaimed “Martha Stewart of engineering” because she can do it all.

It’s what we’ve been waiting for here at Newscripts: “Project Runway” with a science twist. Earlier this month, the Discovery Channel aired the pilot of “The Big Brain Theory: Pure Genius,” a reality competition show featuring 10 geeky contestants competing for $50,000 and a one-year job contract at the design and engineering firm WET.

Contestants get 30 minutes to design a solution to a made-for-TV engineering problem. Then the judges—Mark Fuller, chief executive officer of WET, and Christine Gulbranson, a renewable energy innovator—choose their favorite two ideas. The contestants who dreamed up the preferred solutions get to pick their teams, playground style.

In the pilot, the teams have to prevent two trucks with explosive cargo from blowing up on impact as they race toward each other at 35 mph.

Both teams’ designs fail, resulting in a massive explosion and the elimination of one of the team leaders. But don’t be fooled, the contestants are smarty-pants: The show touts their occupations (rocket scientist, product design consultant, robotics Ph.D. student) and IQs.

“The series features some of the greatest young minds in America,” according to host Kal Penn. “There is a lot at stake within the show itself, and in terms of what it signifies.” Penn, known for playing a nonbrainy pothead in the “Harold and Kumar” movies, is a former associate director of public engagement for the White House and the son of an engineer.

What may be at stake is the public’s perception of science as fun, competitive yet collaborative, and downright cool. If this group keeps failing at challenges and accidentally blowing things up, they may well succeed.

The stars of the Discovery show represent geographic and racial diversity, but of the 10 contestants, only two are women. Encouraging girls to enter science is an ongoing challenge that may start long before their first math or science class.>/span> 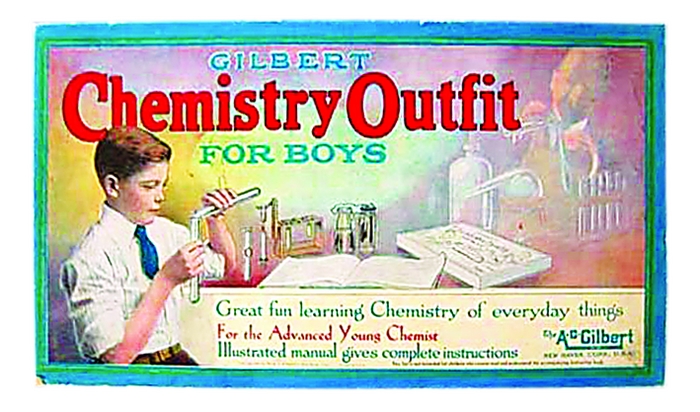 Earlier this month, British retail giant Tesco stood by its decision to label a kiddie chemistry set a boys’ toy, explaining via Twitter that its designation was determined by shopping habits. It has since backtracked after receiving criticism from consumers and gender equality groups.

Boots has since removed its gender-specific labels and responded to accusations of sexism in a statement, saying placement was meant to help shoppers and that the company has “always been proud of supporting women in science and in particular in their careers in pharmacy.”

Let Toys Be Toys’ initial criticism of Tesco was that it labeled the Action Science Chemistry Set as a boys’ toy and the Hotpoint Toy Cooker a girls’ toy. At C&EN’s press time, Tesco’s website had changed the label for the chemistry set and other science toys to read “unisex.” Meanwhile, the toy cooker and a play laundry set continue to be labeled as girls’ toys.

Periodic Table
Meet the 'I Spy a Periodic Table' Readers’ Choice winner
Education
The color of organic chemistry and a meaty structure mistake
Policy
New ads put scientists in the spotlight
Share X
To send an e-mail to multiple recipients, separate e-mail addresses with a comma, semicolon, or both.
Title: Reality TV For Engineers, Chemistry Toys For Boys
Author: Sophia L. Cai
Chemical & Engineering News will not share your email address with any other person or company.

Comments
Clemens (May 24, 2013 4:09 PM)
As a father of a young girl, I must say that I have developed a real hate for pink stuff and tea sets. It is unbelievable how much everything "has" to be gender polarised and/or have some sort of cartoon/movie character associated with it.

Why even label it "unisex". Just call it a toy and be done with it.
Reply »