CORRECTION: This story was updated on May 21, 2013, to correct the statement that since the Texas Tech University incident in January 2010, 65 accidents have occurred at academic and government chemical research labs. The 65 accidents have occurred at academic, government, and industry chemical research labs.

Safety in academic and other nonindustrial chemical research laboratories will be the focus of a yearlong investigation by a National Academy of Sciences committee, which held its first meeting last week in Washington, D.C. The study will consider how safe lab practices can be promoted in academic and government labs, explained H. Holden Thorp, committee chairman, chemistry professor, and chancellor of the University of North Carolina, Chapel Hill. 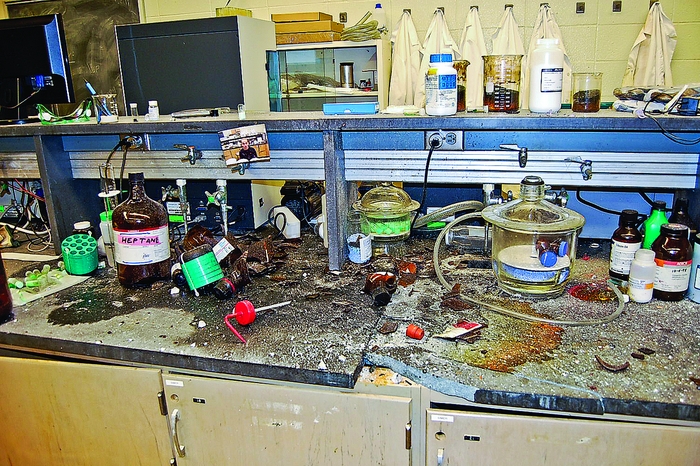 The examination sprang from numerous chemistry-related lab accidents, particularly ones at the University of California, Los Angeles, in December 2008, and Texas Tech University in January 2010. Since the Texas Tech incident, 65 accidents have occurred at academic, government, and industry chemical research labs, according to Mary Beth Mulcahy, a Chemical Safety & Hazard Investigation Board (CSB) investigator who spoke at the meeting. Those accidents injured 136 and killed two.

Several speakers stressed anecdotal evidence indicating that industrial labs are safer than nonindustry labs. But little hard data emerged to demonstrate or explain the proposed difference. The committee will investigate if such differences are real, and if so, whether industry safety measures can be applied to nonindustry labs.

Study sponsors include the American Chemical Society (which publishes C&EN), the National Science Foundation, the Department of Energy, the National Institute of Standards & Technology, ExxonMobil, and DuPont. DOE and NIST speakers underscored the need to reduce potential accidents at their labs, particularly at facilities used by visiting researchers.

Marta Gmurczyk, an ACS staff member, told the committee that the society, through its Committee on Chemical Safety, has elevated the importance of improving lab safety. Last year, a committee task force issued a report on ways to strengthen safety at academic labs. After its Texas Tech investigation, CSB urged ACS to create a hazard analysis tool for research labs, which is now being developed.

The committee will meet at UC Berkeley in June, in Boston in August, and at UC Irvine in November. A peer-reviewed report is expected in 2014.