[+]Enlarge
Credit: Justin Ide/Harvard University
Myers is second from right, Charest is at right, in this 2005 photo. 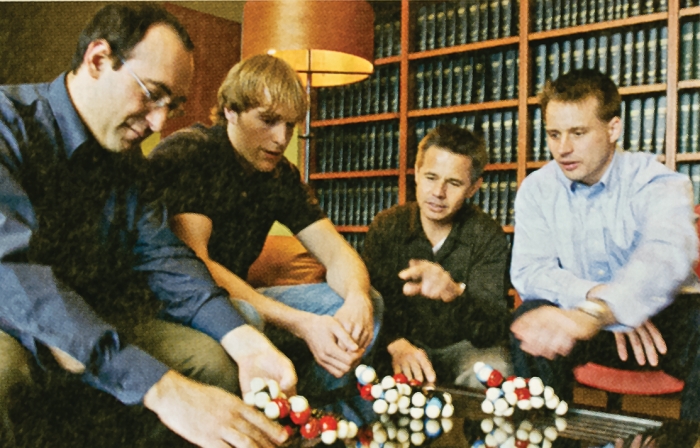 Credit: Justin Ide/Harvard University
Myers is second from right, Charest is at right, in this 2005 photo.

A 2004 graduate of Harvard University’s doctoral program in chemistry has filed a $10 million lawsuit against the university and chemistry professor Andrew G. Myers. The former student, Mark G. Charest, alleges that he has been cheated out of royalties due him from a patented and commercialized technology to create new antibiotics. 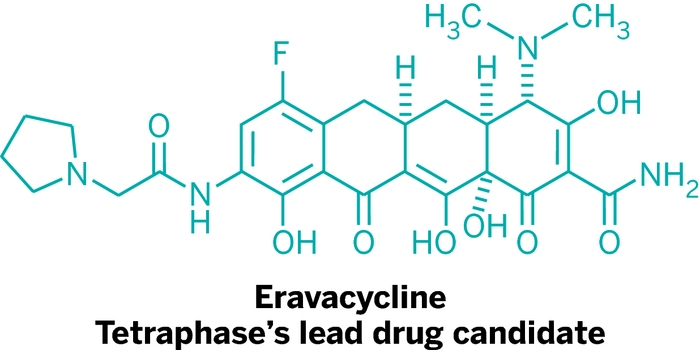 To download a PDF of the lawsuit, go to http://cenm.ag/charest.

The suit, filed in U.S. District Court in Massachusetts on June 28, seeks a redistribution of royalties and the awarding of damages. The patent in question concerns a streamlined route to tetracycline antibiotics that is a core technology platform for Tetraphase Pharmaceuticals, a biotech firm in Watertown, Mass.

In 2005, Charest, Myers, and three colleagues patented routes to analogs of tetracycline, some of which kill antibiotic-resistant pathogens. The work vastly increased the range of tetracyclines accessible to chemists. After filing the patent, the Myers group published the work with Charest as first author (Science 2005, DOI: 10.1126/science.1109755). The patent was licensed during the 2006 formation of Tetraphase.

At this point, according to Charest’s complaint, tensions emerged about the five inventors’ shares of the royalties after Harvard’s 65% cut. Charest disagreed with an unequal breakdown of these royalties proposed by Harvard’s Office of Technology Development (OTD). Charest alleges that an OTD employee coerced him to accept an unfair share that was lower than the portion that went to Myers.

In 2009, according to Charest’s complaint, OTD further reduced Charest’s share of the royalties when Harvard and Tetraphase amended their license to include an additional patent.

Royalty agreements are often executed before patents are issued, and relative contributions may change based on final patent decisions, says Jen Rice, of the Office of Technology Management at the University of Illinois, Urbana-Champaign.

In a statement, Harvard says its “intellectual property policy was properly designed and appropriately implemented.” It adds that “Dr. Charest and three other non-faculty inventors who, along with Dr. Myers, contributed to one of the inventions described in the suit, all approved of the royalty share that they received. In addition, Dr. Charest agreed to abide by Harvard’s appeals process regarding the reallocation of royalties once Harvard licensed a second patent for an invention in which Dr. Charest played no part: A panel of disinterested faculty experts reviewed and rejected Dr. Charest’s assessment of the value of his personal contribution to the tetracycline inventions.”

“My graduate career was in many ways a dream come true,” says Charest, who today is vice president of New Leaf Venture Partners. His subsequent interactions with the university, however, “have been some of the most frustrating experiences of my life. I’ve tried every avenue possible to resolve this dispute.”

The story “would seem to be yet another cautionary tale that when you are a graduate student, you are in a position of incredible weakness,” Saint Louis University chemist Paul J. Bracher, a Harvard alumnus and frequent commentator on graduate student life, remarked on June 30 on his blog, ChemBark.

Charest’s attorney, Brian D. O’Reilly of O’Reilly IP, says Harvard will be served with the complaint shortly. Harvard will have 21 days to respond.