Theft and espionage in public, private labs cost the U.S. billions of dollars in R&D spending 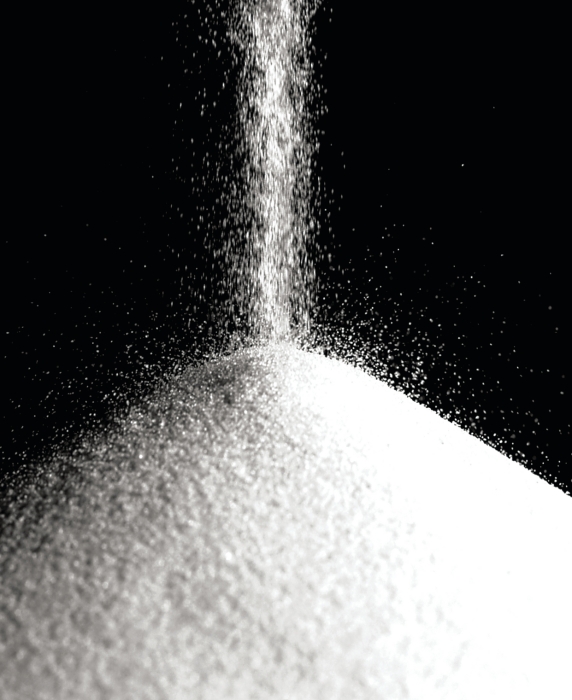 The effect of espionage in its rawest form is clear. Dozens of designs for advanced U.S. weapons systems, for example, are now in the hands of Chinese hackers, according to a report by the Defense Science Board, a federal advisory committee, that was recently made public. But a quieter form of espionage is occurring in the U.S. in places such as the National Institutes of Health, DuPont research centers, and New York University’s medical center.

This less-publicized theft is of scientific ideas, discoveries, and developments, and it costs the U.S. billions of dollars annually. What’s unclear is how to stem the leak: Unlike military developments that are closely guarded government secrets, the fruits of scientific basic research are intended to be shared among researchers around the world.

A congressional hearing held in May by a subpanel of the House of Representatives Science, Space & Technology Committee focused on the challenge of balancing global scientific collaboration with the need to protect U.S. R&D.

On the one hand, Rep. Eric Swalwell (D-Calif.) pointed out the contributions that foreign scientists in the U.S. and abroad have made. “I think we can agree that international collaboration has served our country well, and I for one want to emphasize the role that scientists of Asian and Middle Eastern descent have played at our national laboratories,” he said.

Subcommittee chair Rep. Paul C. Broun (R-Ga.), however, said vigilance is needed. Although he said he recognizes the crucial role international collaboration plays in scientific innovation, he warned that “we can’t afford to close our eyes to the reality that there are nefarious actors—scheming insiders, business rivals, criminals, terrorists, and foreign intelligence services—who exploit our free and open society to steal the results of American ingenuity and innovation.”

The exact cost of such economic espionage is under debate. The Federal Bureau of Investigation estimates the costs of stolen U.S. R&D at about $12 billion per year. But Michelle Van Cleave, a senior fellow for the Homeland Security Policy Institute at George Washington University, says this is a gross underestimate. She cites a May report by the Commission on the Theft of American Intellectual Property, a federal advisory panel, for support. The report states that real losses of American intellectual property reach “hundreds of billions of dollars per year, on the order of the size of U.S. exports to Asia.” Such theft also costs the U.S. jobs and discourages R&D investment, the report says. 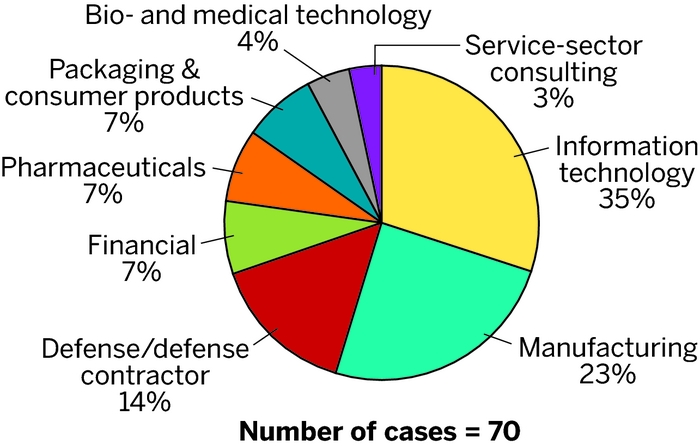 The total U.S. public and private investment in R&D is about $420 billion annually, which is more than what is spent by the rest of the Group of Eight industrialized nations combined, according to Van Cleave. “We are everybody in the world’s number one target for collection because of that.”

When it comes to stealing R&D secrets from the U.S., Asian countries are the main offenders. Eighty-five percent of all economic espionage cases against the U.S. involve information being leaked to Asian nations, most notably China, Taiwan, India, and South Korea, says David G. Major. After retiring from the FBI, Major founded and runs the private training organization the Centre for Counterintelligence & Security Studies and its Spypedia commercial database.

“China is saving incalculable amounts of time, money, and research efforts through espionage and intellectual property theft directed against the U.S.,” echoes Larry M. Wortzel, commissioner of the U.S.-China Economic & Security Review Commission, which was created by Congress in 2000.

For example, last month, an NYU associate professor of radiology and two researchers—all with ties to government-affiliated companies in China—were caught on a security camera taking photographs of magnetic resonance imaging technology that was the result of another NYU team’s $4 million NIH-funded project.

Industry is another big target, although many private-sector cases may go unreported. One notable case of attempted trade-secret theft occurred in 2012 and involved DuPont’s titanium dioxide production technology. Although caught before their plan succeeded, five Chinese citizens were indicted on charges of trying to steal the technology to open a 100,000 metric-ton-per-year TiO2 plant in Chongqing, China. The source behind the attempted theft was traced back to companies controlled by the Chinese government.

At the time of the TiO2 case, C. Frank Figluizzi, then the assistant director for counterintelligence at the FBI, was quoted in the March 10, 2012, Wall Street Journal as saying: “What we’ve learned since the end of the Cold War is that when it comes to the economy, our adversaries and even our allies will spy on us when it’s in their economic interest.”

Espionage has changed considerably since the Cold War, agrees Charles M. Vest, president emeritus of the National Academy of Engineering and a former president of Massachusetts Institute of Technology. How to strike the balance between scientific collaboration and protection against espionage has always been difficult, he points out. But now, the U.S. faces diffuse threats such as terrorism, and it no longer singularly dominates the world’s output of science and technology research. Protecting trade secrets is made even more difficult with the instant and open communication of the Internet.

Nevertheless, he believes that the sharing of scientific information is paramount. “It is essential that truly fundamental research be open. The scientific method requires repetition, verification, and criticism,” he tells C&EN. “Curtailing cooperation will only harm us in the long run. Except for serious security information and mission-critical corporate intellectual property, we should be making basic scientific data and discoveries available to individuals all over the world.”

Vest, for one, subscribes to the “leaky bucket” theory of scientific advancement. Although he acknowledges that the military may not be able to run fast enough to stay ahead without intense cybersecurity measures, he thinks that in science’s case, it is more important to fill the bucket with new innovations than to obsessively plug the leaks.

Major maintains that security is important, but he acknowledges that “nothing remains secret forever, no matter how much money you put into it.” He considers the “delta t”—the time before something that was secret is no longer. All secret information has a delta t, he explains, and the owners of these innovations must consider how long they want to keep them a secret and how much they’ll invest to do so.

For now, the U.S. is on the defensive in terms of protecting R&D. When asked by the House oversight subcommittee about potential programs the U.S. could use to preemptively protect against foreign theft, Major, who was a witness at the May hearing, acknowledged that he used offensive tactics to combat R&D theft for much of his career. He said, however, he could divulge specifics only at a closed hearing. Broun said the committee would consider holding a closed hearing on the subject.

Policy
China Charged In Cyber-Spying Case
Policy
Chemical Thieves And Spies
Careers
State Of Science Diplomacy
Share X
To send an e-mail to multiple recipients, separate e-mail addresses with a comma, semicolon, or both.
Title: Stealing Science
Author: Sophia L. Cai
Chemical & Engineering News will not share your email address with any other person or company.