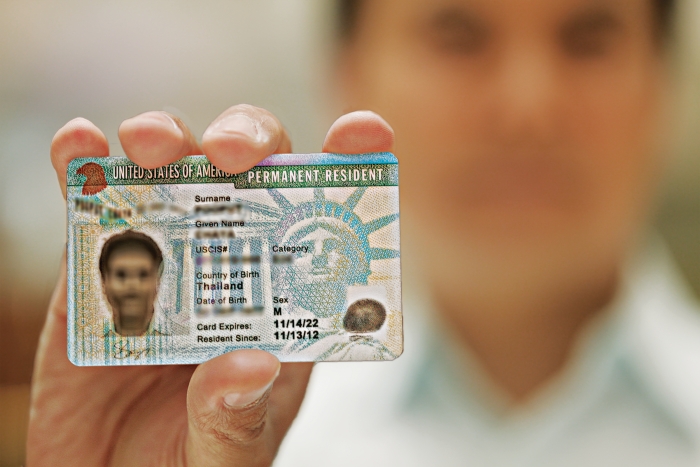 The current immigration debate in Congress goes far beyond border protection. Bills under consideration in both the Senate and House of Representatives could overhaul the science, technology, engineering, and mathematics (STEM) immigration system.

The Senate bill (S. 744) would almost double the number of skilled temporary workers allowed to come into the country as part of comprehensive immigration reform. It would also base the green card system more on merit, including education and employment.

A more focused bill in the House of Representatives (H.R. 1227) is called the Staple Act, for its goal of stapling a green card—which confers permanent residency status—to the doctoral degree of foreign students who graduate from a U.S. university and have a job offer.

Computer companies, which dominate demand for temporary workers, have been lobbying hard for the changes because they say they cannot find enough STEM workers in the U.S. The notion that the U.S. is not training enough of these people domestically has become conventional wisdom in science policy reports and in education reform programs.

But some economists studying the problem say that, contrary to popular belief, there is little evidence that the U.S. needs more STEM workers. Wages are flat in many of these disciplines, and the low cost of labor indicates an oversupply, not an undersupply, these contrarians argue. Plus, unemployment is a problem. For example, unemployment among American Chemical Society members was at 4.2% in 2012, the second-highest rate in the past decade, according to surveys by ACS, which publishes C&EN. That also points to an oversupply.

This view is kindling a new debate over whether the country really needs more STEM workers.

It’s hard to predict the outcome of that policy argument and its impact on the hundreds of thousands of foreign students and postdocs in the U.S. Pending legislation would definitely make it easier for foreign students to stay once they get their degrees, whether they hold temporary visas or more permanent green cards. But, as C&EN has learned by talking to foreign scientists around the country, visas and green cards come with limits and uncertainties that make it difficult to find a job.

Policy
Lots of talk, little action on immigration expected in US
Policy
H-1B Visa Caps Reached In A Week
Policy
Science Policy: R&D Tax Credit, Law To Support R&D Up For Renewal
Share X
To send an e-mail to multiple recipients, separate e-mail addresses with a comma, semicolon, or both.
Title: Valuable Imports Or Job Competition?
Author: Government & Policy Department
Chemical & Engineering News will not share your email address with any other person or company.

Comments
Greg (July 11, 2013 9:30 AM)
I have been making this argument since 2010. At least for chemists, there is not a strong need to import workers. I do think companies should be allowed to hire the most qualified, regardless of their location in their world. But the argument that we do not produce enough STEM workers (at least chemists) I believe to be wrong. People are doing multiple post-docs and achieving 20+ publications/patents, but still cannot find industry/academic/national lab positions. What on Earth are they looking for? Perhaps the process they use to scope out talent is flawed?
Reply »

DSK (July 15, 2013 5:43 AM)
I strongly object this. Most of the H1B visas are given to IT companies or at least there must be some favoritism/lobbying. America has the history of importing skilled labors for decades. Even many organizations look the job applicants with colored glass but name themselves as equal opportunity employer. Further, they siphon off the skills of STEM workers and then ignore to give the credit. As a result, many of these workers are left stranded at the crossroads and end up doing repeatedly the same. why do not we
have good and healthy immigration policies to avoid this mess.

RK (July 11, 2013 11:52 AM)
Irrespective of the demand-supply concept, as population increases unemployment is going to be a problem for every country and availability of natural resources are going to be limited. But will anyone expects to have birth control law to fix this problem. Probably wise people in the govt may prefer to design a system which can utilize the (natural as well as human) resources more efficiently.
Reply »

NoGig (July 12, 2013 2:36 PM)
H-1B visa are being used by US corporations to directly replace citizens working in IT and software. And age discrimination is rampant. My high-tech semiconductor manufacturer (located in Texas) directly told managers not to hire tech workers beyond their mid-forties. Then H-1B workers were brought in the IT department and 30% of staff was laid-off. Most were over the age of fifty -- and none were H-1B workers.

The H-1B program is rife with fraud and widely abused by US corporations. It should be abolished. If there were indeed a labor shortage (which there is not), why would corporations push more H-1Bs rather immigrants? And why would they sponsor a mere 5% of these workers for citizenship? And, if there were a shortage, why have real wages been stagnant in tech since the 1990s.

Dr. Karl Fisher (July 14, 2013 7:37 PM)
I've worked in industry for over fifteen years and what I see more and more of is forced early retirement for chemists at around age 50 because they can't get interviews after getting laid off. These are honest, hard working, intelligent people some of whom have invented products for their companies. If you think there is a glut of unfilled jobs in chemistry, just look at the job section in any issue of C&E News. In the July 8th issue, there is just one job for a regional Sales Manager, that's no glut.
Reply »

L Crosby (July 16, 2013 4:26 PM)
Although not a chemist, I can talk about H1B workers & multiple post docs because my 2nd post doc lasted 4.5 years. At a major university, there were 120 post docs in this one dept. and 2 were US citizens. Do you really believe that no US citizens wanted the other 118 jobs??? My question is, with all the emphasis on young people getting STEM degrees, where are they going to work when they graduate with $50-100k of student loan debt and Congress is trying to bring in people to take those jobs?? It is not only low skilled laborers, nor only IT techs, who will be hurt by importing more workers. Age discrimination is a severe problem too and it is just wrong to spend many years getting education and giving service only to be made redundant. Our workforce has MANY qualified individuals, stories to the contrary are a lie.
Reply »