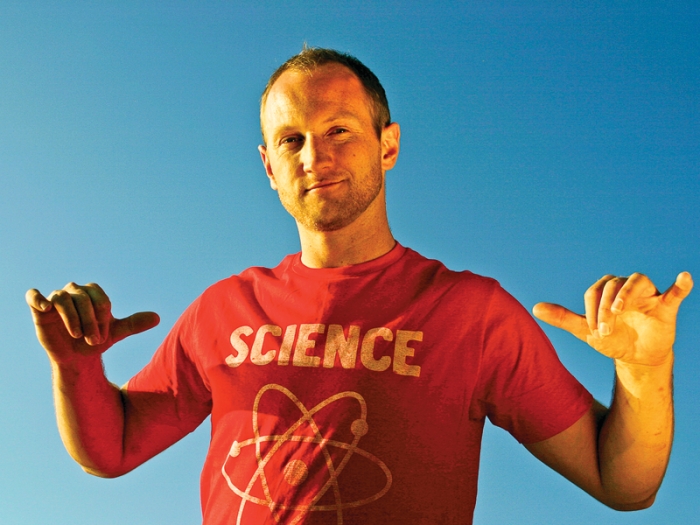 Last month, the International Biannual Evolution & Cancer Conference, held at the University of California, San Francisco, had an interesting act on its bill. Originally from Canada, and now based in New York City, hip-hop artist, playwright, and former tree planter Baba Brinkman performed songs from his planned project, “The Rap Guide to Medicine.”

Brinkman, whose albums sport the warning sticker “Parental Advisory: Informative Lyrics,” has carved out a niche by creating entertaining rap songs about heady topics. With an academic background in medieval English literature, he recorded a hip-hop version of “The Canterbury Tales.” His “Rap Guide to Evolution: Revised” put the ideas of Charles Darwin to a driving beat.

And his latest track, “Revenge of the Somatic,” released earlier this month, takes the point of view of a defiant cancer cell, revolting against the tyranny of the body.

Duckin’ T-cell predators, I keep it anonymous So I can exploit the body’s weakness and tolerance I’m a smooth criminal, so I never get caught I just pimp the system like credit card fraud

The idea for the song came from Athena Aktipis, a cancer biologist at UCSF who had seen Brinkman perform at a conference last year. “I had already been developing the idea of a rap guide to medicine but was trying to figure out what my entry points would be,” Brinkman says. From his conversations with Aktipis, he realized that “cancer biology would be a great thing to do via rap,” because he knew he could apply hip-hop’s language of revolution to describe “rebel cells.”

Brinkman is currently applying for a grant to produce more songs under “The Rap Guide to Medicine” umbrella. As a follow up to “Somatic,” he and his musical collaborator, DJ Jamie Simmonds, are working on a song called “Blind Spot” about how medical schools don’t teach evolution in their curricula.

Brinkman sends his lyrics to scientists so they can check for accuracy, which allows him to claim that his raps are peer reviewed—or at least fact-checked.

He’s confident that he can write a song about almost any topic. All it takes is a researcher to pitch him a good idea. The Newscripts gang is eagerly watching for “The Rap Guide to Chemistry.”

Although rappers wear a lot of bling, pearls don’t often make it into their jewelry collections. Plenty of others are enamored with the gems, though, including scientists Julyan H. E. Cartwright of the University of Granada, in Spain, and his colleagues. Their recent paper in Langmuir puts forth a model that explains why pearls are spherical (2013, DOI: 10.1021/la4014202).

[+]Enlarge
Credit: Shutterstock
Pearls: What makes them so well-rounded? 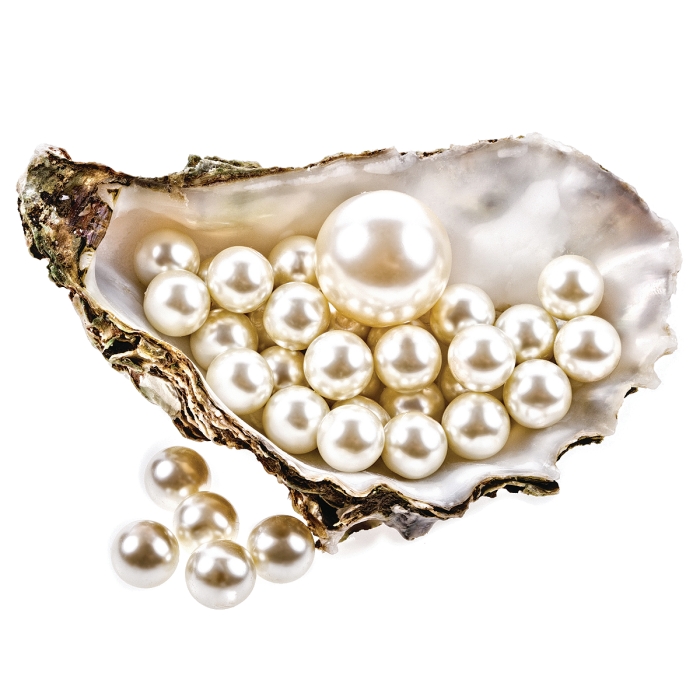 Credit: Shutterstock
Pearls: What makes them so well-rounded?

Pearls are made from nacre, a composite of 95% aragonite (a form of calcium carbonate) and 5% organic material. When an oyster or other mollusk sustains an injury to its soft tissue, cells from that tissue form a sac, and the pearl grows inside.

With a scanning electron microscope, the researchers observed that the outer layers of nacre on a nascent pearl form a series of parallel steps on its surface. The researchers propose that the pattern of steps creates a natural ratchet, like a sawtooth gear. The team thinks when nacre-forming compounds stick to these steps and react, the energy released heats water molecules that bounce off and impart a force that rotates the pearl evenly as it forms.

Whether scientists will be able to take advantage of this natural ratcheting mechanism remains to be seen. But its discovery makes it easier to appreciate what oysters go through to create such pearly perfection.