[+]Enlarge
Credit: Shutterstock
Weepy onions: When lachrymatory factor synthase gets in your eyes. 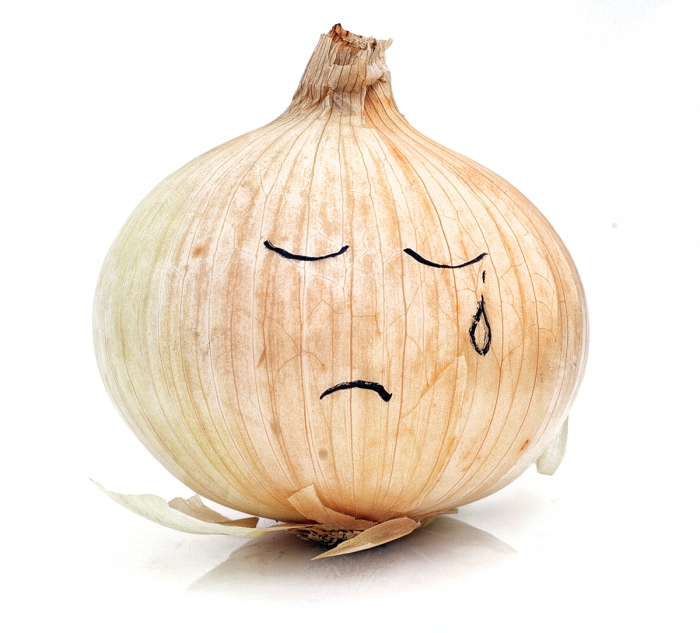 Credit: Shutterstock
Weepy onions: When lachrymatory factor synthase gets in your eyes.

Scientists studying the tear-jerking power of onions, dung beetle directionality, and what happens when one devours a dead shrew all took home top honors at this year’s 23rd Ig Nobel Prize ceremony. The prizes, awarded for “achievements that first make people laugh and then make them think,” were handed out on Sept. 12 at Harvard University’s San­ders Theatre. The event was orchestrated by maestro Marc Abrahams and his minions of whimsy at the Annals of Improbable Research.

If slicing into an onion makes you weep, take comfort in the fact that scientists have been hard at work deciphering the complex biochemical process that gives the veggie its power—an achievement that won this year’s coveted Chemistry Prize.

A team led by Shinsuke Imai of Japan’s House Foods Corp. discovered, according to the Ig Nobel citation, “that the biochemical process by which onions make people cry is even more complicated than scientists previously realized” (Nature 2002, DOI: 10.1038/419685a). 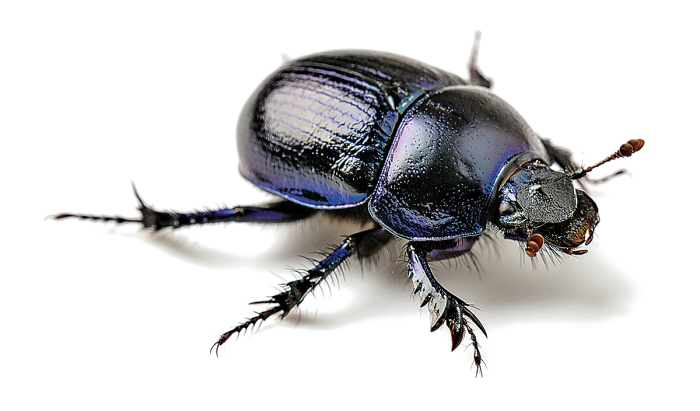 In an unusual joint Ig Nobel prize, an international team led by Marie Dacke of Sweden’s Lund University garnered both the Biology Prize and the Astronomy Prize for its paper “Dung Beetles Use the Milky Way for Orientation” (Curr. Biol. 2013, DOI: 10.1016/j.cub.2012.12.034). Dacke’s team found that “dung beetles transport their dung balls along straight paths under a starlit sky but lose this ability under overcast conditions.”

Brian D. Crandall, from the science enrichment program Mad Science of the Mid-Hudson, in Goshen, N.Y., and Peter W. Stahl of the University of Victoria, in British Columbia, won the Archaeology Prize “for parboiling a dead shrew, and then swallowing the shrew without chewing, and then carefully examining everything excreted during subsequent days—all so they could see which bones would dissolve inside the human digestive system, and which bones would not” (J. Archaeol. Sci. 1995, DOI: 10.1016/0305-4403(95)90008-x).

[+]Enlarge
Credit: USPTO
The patent trap: How to thwart hijackers on a plane. 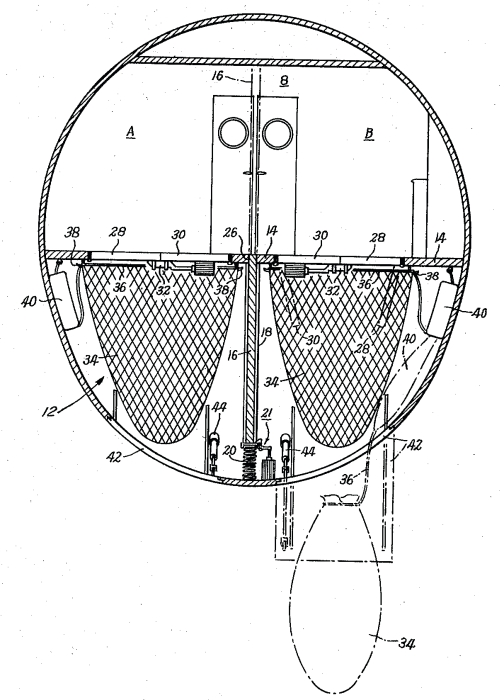 Credit: USPTO
The patent trap: How to thwart hijackers on a plane.

Gustano A. Pizzo posthumously garnered the Safety Engineering Prize for his invention, patented in 1974, of a system that traps airplane hijackers. The electro­mechanical setup “drops the hijacker through trap doors, seals him into a package, then drops the encapsulated hijacker through the airplane’s specially installed bomb bay doors, whence he parachutes to Earth, where police, having been alerted by radio, await his arrival” (U.S. Patent 3,811,643).

Researchers in Italy took home the Physics Prize “for discovering that some people would be physically capable of running across the surface of a pond—if those people and that pond were on the moon” (PLoS One 2012, DOI: 10.1371/journal.pone.0037300).

The Peace Prize was shared by Alexander Lukashenko, president of Belarus, “for making it illegal to applaud in public” and the Belarus State Police “for arresting a one-armed man for applauding.”

And finally, this year’s Public Health Prize went to a team from Thailand’s Siriraj Hospital “for the medical techniques described in their report ‘Surgical Management of an Epidemic of Penile Amputations in Siam’—techniques which they recommend, except in cases where the amputated penis had been partially eaten by a duck” (Am. J. Surg. 1983, DOI: 10.1016/0002-9610(83)90420-8).