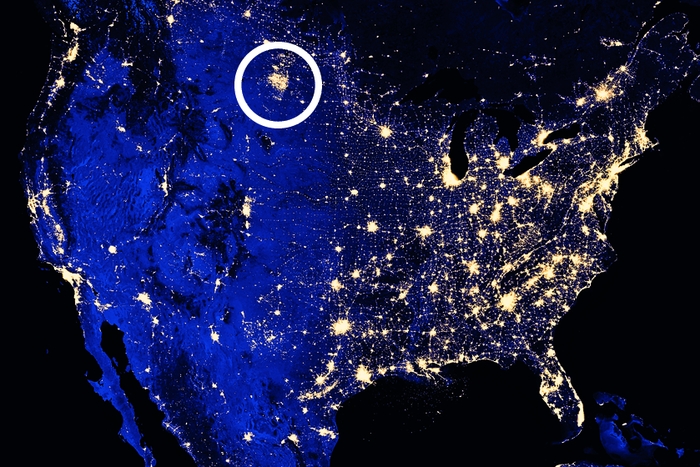 Move over, aurora borealis. A new set of lights is garnering attention up North, and it’s all thanks to Big Oil, whose companies have inadvertently created a light display capable of being seen from space.

The display was noticed upon review of images generated by the Suomi National Polar-orbiting Partnership (NPP) satellite, which was launched into space in 2011 by NASA and the National Oceanic & Atmospheric Administration. The Suomi NPP satellite houses a radiometer capable of detecting Earth’s visible and infrared light, and its data have been used to construct nighttime maps of Earth. The first maps were made public at the end of last year.

As expected, much of the light imaged by the satellite came from cities. Less expected, however, was the luminescence detected in rural North Dakota, where the Suomi NPP satellite spied light produced by the state’s burgeoning oil scene, including light stemming from oil-drilling equipment and housing. The satellite even imaged flames produced by flaring, a process in which unwanted natural gas generated by oil drilling is burned.

According to NASA spokeswoman Aries Keck, two factors play an important role in making these flares visible from space: the power of the satellite and the remote location of the drilling. “There’s not a lot of other light around,” she says, “so you can pretty much identify, ‘That’s a fire,’ versus, ‘That’s a town.’ ”

To Keck, the satellite’s images are a triumph of science. To George Washington University School of Medicine & Health Sciences professor Jerome A. Paulson, they’re cause for concern. “If natural gas is so valuable, then why in the world are we burning so much of it?” Paulson asks.

Another question plaguing researchers: Where have all the spoons in the break room gone? At least that’s the question that bugged Campbell K. Aitken and colleagues at Burnet Institute, in Australia, back in 2005. 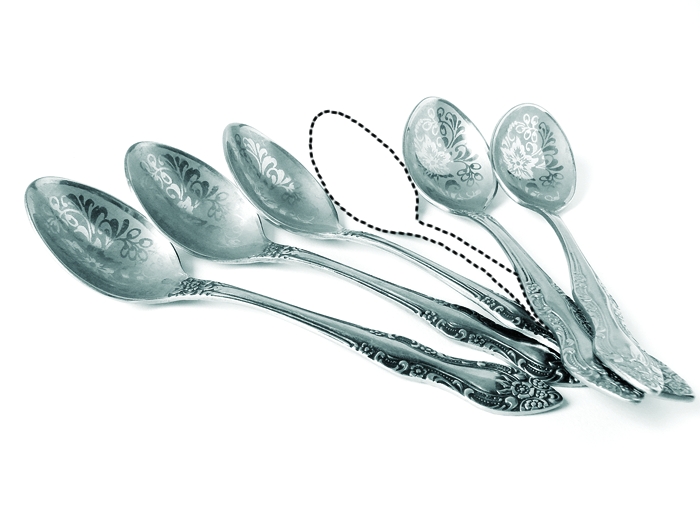 In a BMJ paper published that year (DOI: 10.1136/bmj.331.7531.1498), which recently resurfaced on Twitter, Aitken’s team tried to solve the missing-spoon mystery by distributing 70 stainless steel teaspoons among the break rooms of their institute. The break rooms, which the team adorably calls tearooms, were then monitored to determine the spoons’ distribution over the course of five months. In the end, 80% of the teaspoons had vanished. Spoons located in break rooms designated for specific departments, however, disappeared at a slower rate than those located in break rooms with a more communal focus.

On the basis of this finding, the researchers recommended construction of department-specific break rooms over communal ones. Such an arrangement is important because, the researchers drolly wrote, “teaspoon displacement and loss leads to the use of forks, knives, and staplers to measure out coffee and sugar, inevitably causing a reduction in employee satisfaction.”

In a recent e-mail exchange with Newscripts, Aitken, who still works for Burnet Institute, reveals that not much has changed since his team’s study. “Last Friday, there were no teaspoons in our main tearoom, so situation normal,” he says. Although the location of his institute’s spoons may remain a mystery, Aitken says it’s no mystery why his paper has resurfaced after all these years: “It’s a universal story of love and loss,” he explains.

Comments
John DuPont (March 6, 2013 6:59 PM)
Found this article on Night Lights interesting, and I am pretty certain that a similar oil burning output effect can be seen in the photo south of San Antonio, Texas.

I blew up the photo from the web-version C&EN and saw other interesting stuff.

1. The lights of San Antonio Austin Houston and Corpus Christi are obvious but the arc of light south of San Antonio towards the northeast are almost certainly from rig lights and gas flares in the Eagle Ford play. There are no cities in this area large enough to create that much light.

2. The rig lights from out in the Gulf are obvious from the mouth of Mississippi west towards Texas, although not as bright or clustered like the N. Dakota & S. Texas lights.