INFLUENCED BY CHEMISTRY
Credit: ACS/Reactions
Edison’s knowledge of chemistry, which he began to accumulate as a child, enabled many of his inventions and helped him to create a template for the modern research laboratory.

Although many know that Thomas Alva Edison had an aptitude for turning scientific advances into useful products such as the lightbulb, fewer people may realize that many of those inventions were enabled by his knowledge and application of chemistry. To highlight this connection, the American Chemical Society has recognized the chemical research and development work of the iconic inventor as a National Historic Chemical Landmark.

Ceremonies at the present-day sites of Edison’s laboratories marked the designation. The events were held at the Edison & Ford Winter Estates in Fort Myers, Fla., on May 25; the Thomas Edison National Historical Park in West Orange, N.J., on June 6; and The Henry Ford museum in Dearborn, Mich., on Sept. 20.

Edison, who was born in 1847, “believed in the transforming power of chemistry to improve people’s lives in powerful ways,” said Ned D. Heindel, past-president of ACS, who spoke at the West Orange dedication ceremony. Edison turned carbon black (essentially soot from kerosene lamps) and cellulose fibers from bamboo into filaments in his invention of a long-lasting lightbulb. In addition, he produced synthetic polymers that could be molded into phonograph records and he improved the design of rechargeable nickel-iron alkaline electric storage batteries that were used in the early 1900s for electrically powered vehicles. 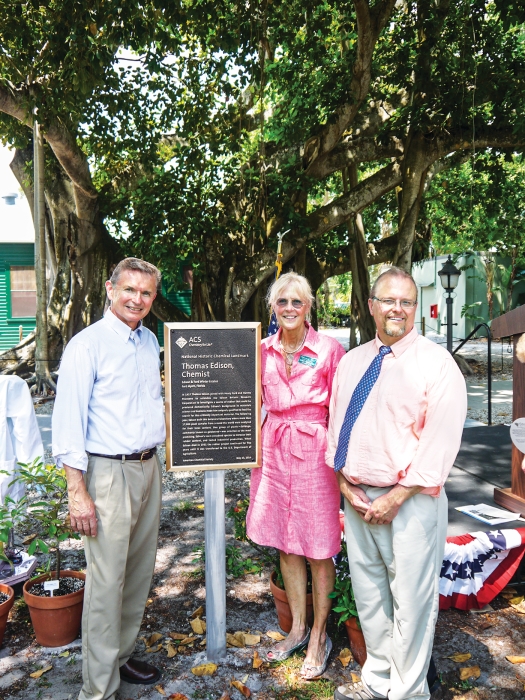 Edison, who was a member of ACS, is also credited with inventing the concept of the modern research laboratory. He set up labs in Menlo Park, N.J., in 1876; in West Orange in 1887; and at his winter home in Fort Myers beginning in 1886, although the current lab there was built in 1928. His labs brought together skilled scientists and technical workers in advanced specialty facilities that were supported by well-equipped machine shops and scientific libraries, noted Heindel, who presented a historical marker to Tom Ross, superintendent of the Thomas Edison National Historical Park of the National Park Service.

In addition, Edison was an early proponent of sustainable manufacturing and believed critical starting materials needed to be used as efficiently as possible, noted Thomas R. Gilbert, ACS District I director, who spoke at the Fort Myers ceremony. “His work here put those beliefs in practice long before sustainability became the driving force in manufacturing that it is today,” added Gilbert, who presented a historical marker to Chris Pendleton, president and chief executive officer of the Edison & Ford Winter Estates.

The current Fort Myers laboratory was part of Edison Botanic Research Corp., which Edison formed in 1927 with automobile magnate Henry Ford and automobile tire mogul Harvey Firestone. They shared a concern over America’s dependence on foreign outlets for rubber—then produced only via natural sources—for the country’s industrial enterprises. Aiming to identify a source of rubber that could be grown in the U.S., Edison analyzed more than 17,000 plant samples from around the world for their latex content. The project, which continued after Edison’s death in 1931, never came to fruition as scientists developed a synthetic process for rubber production during World War II.

As the site of Edison’s historic rubber research, the Fort Myers lab has been the focus of a multiyear restoration project, which cost approximately $1 million and preceded the ACS landmark celebration. That project was funded by a State of Florida Historic Preservation Grant, Housing & Urban Development Economic Development Initiative grants, and monies from the 1772 Foundation, the Edison & Ford Winter Estates, and the Edison-Ford Winter Estates Foundation.

“The result is a stunning portrayal of the original laboratory and also the invention process that took place there,” according to Richard Wallace, an ACS member and chemistry professor at Armstrong State University in Savannah, Ga., who was involved with the restoration project and was a driving force in the process to nominate Edison’s work for the ACS landmarks program.

At the final Edison landmark celebration, George M. Bodner, ACS District II director, spoke surrounded by the buildings of Edison’s Menlo Park lab. Ford, who was a close friend of Edison’s, moved the Menlo Park buildings as well as the original Fort Myers lab to Dearborn in 1928 to preserve them and make them accessible to the public. Bodner presented a historical marker to Christian Øverland, executive vice president of The Henry Ford museum, and Marc Greuther, the museum’s chief curator.

“Inventions introduced by Edison and his labs include many technologies that are so commonplace today that it is very nearly impossible to imagine life without them—electrical lighting; recorded sound; and portable, durable, rechargeable batteries,” Bodner said. “Look no further than your smartphone, and you’ll find half a dozen or more technologies that can trace their development back to Edison.”

ACS launched the chemical landmarks program in 1992 to enhance public appreciation for the contributions of the chemical sciences to modern life in the U.S. and to encourage a sense of pride in the practitioners of those sciences. 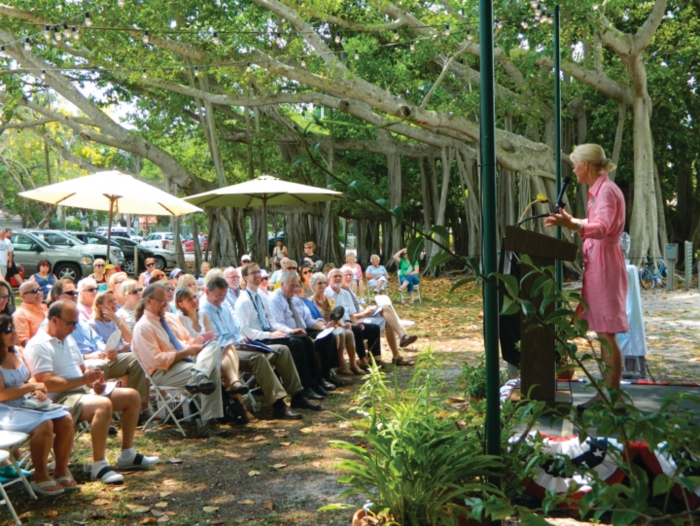 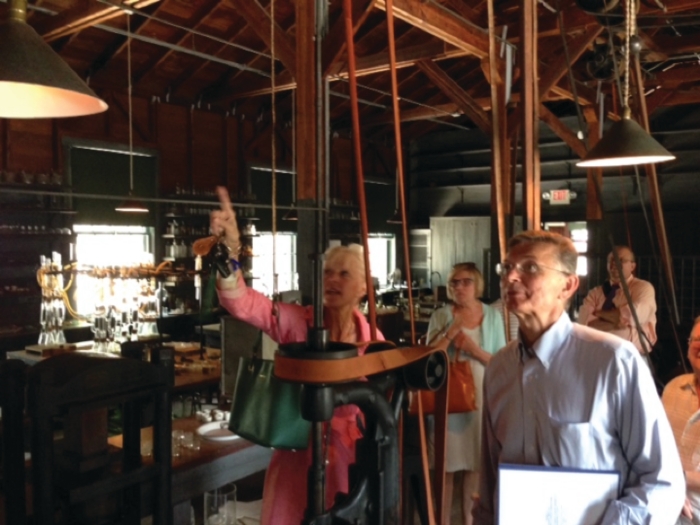 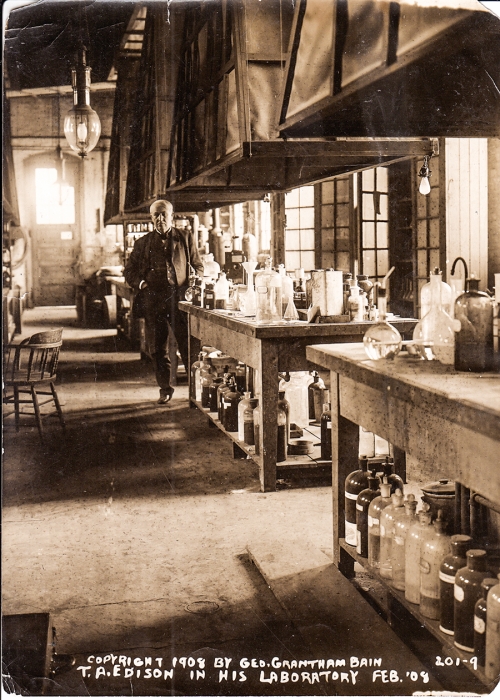 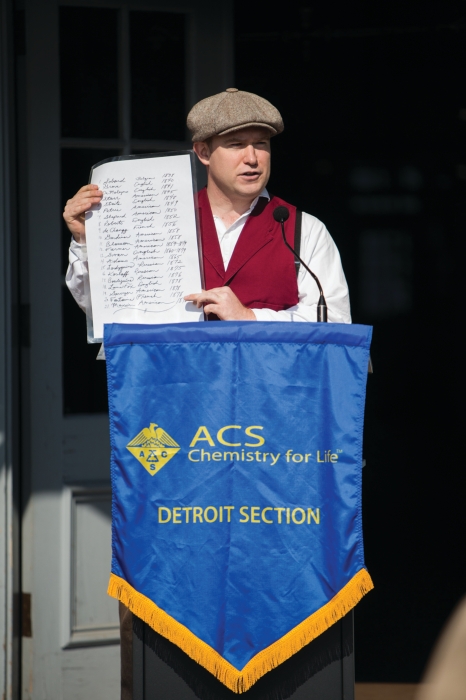 Credit: Kristina Sikora/KMS Photography/The Henry Ford
Thomas Edison (played by Peter Prouty) closes the landmark dedication ceremony with a mock press conference on the invention of the lightbulb, and invites the crowd to tour the original Menlo Park laboratory complex buildings at their current location at Greenfield Village. 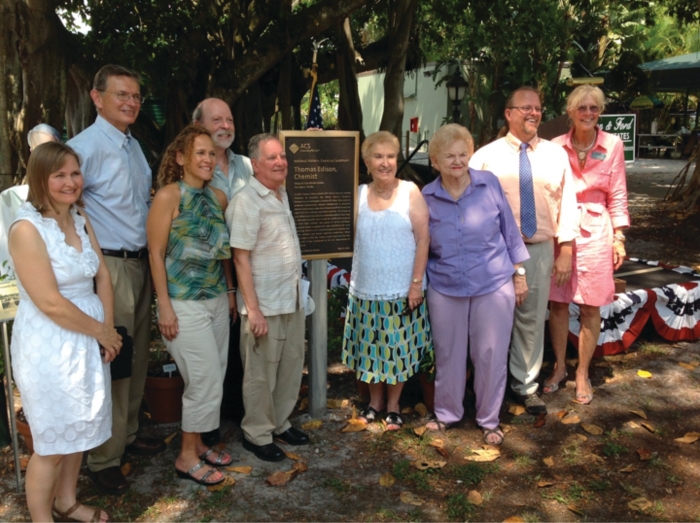 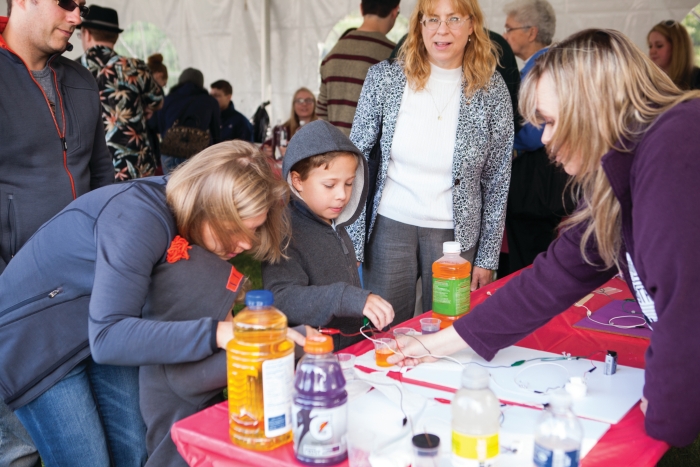 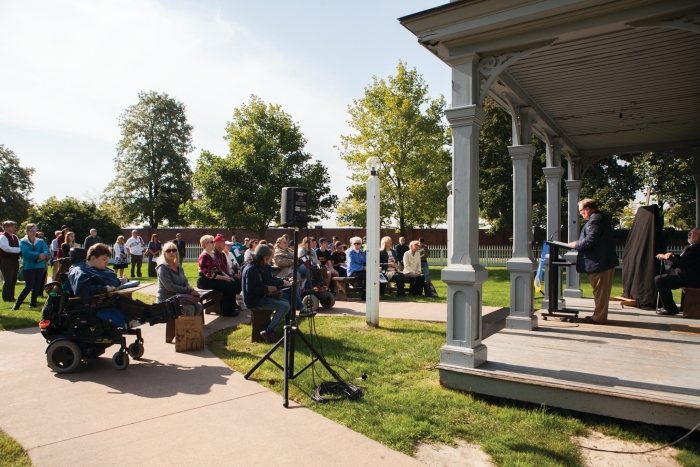 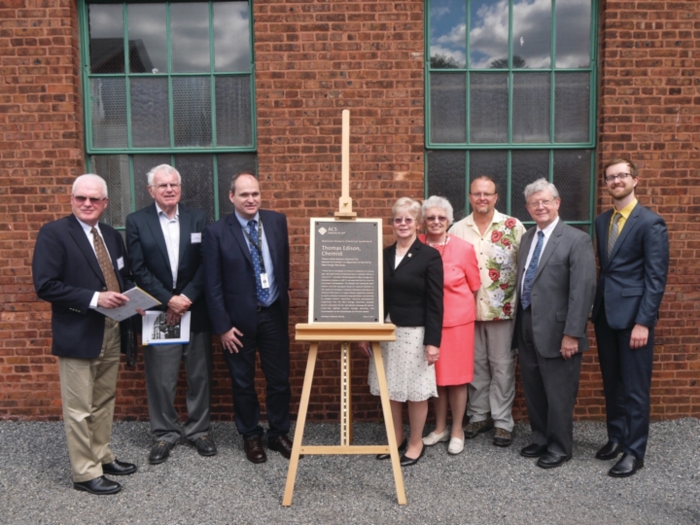 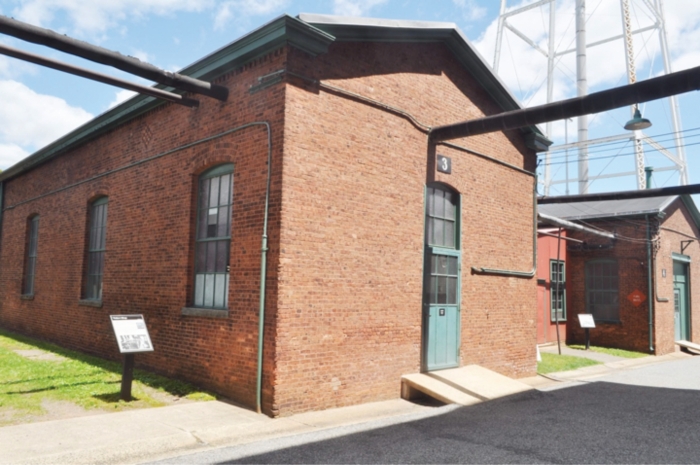 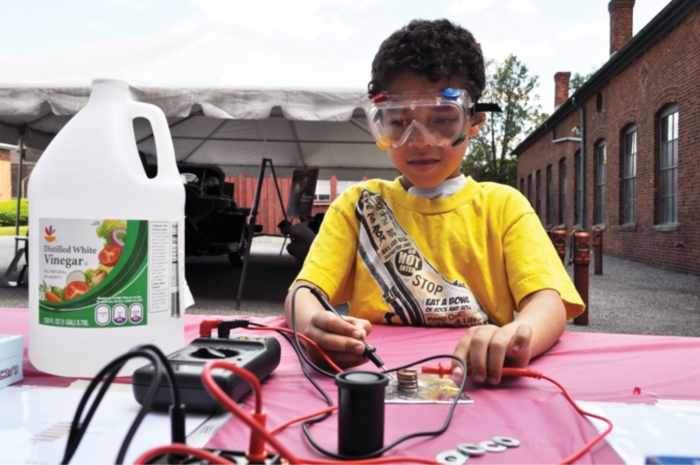 Credit: Diane Krone
During a visit to the ACS North Jersey Section-sponsored outreach booth at Edison Day, a community festival in West Orange, a young attendee tests his battery in front of the lab where Thomas Edison’s team developed rechargeable batteries. The event took place the day after the landmark celebration. 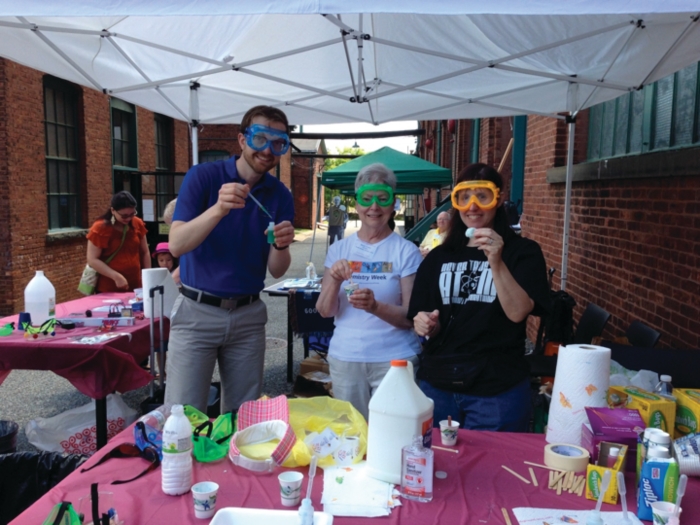 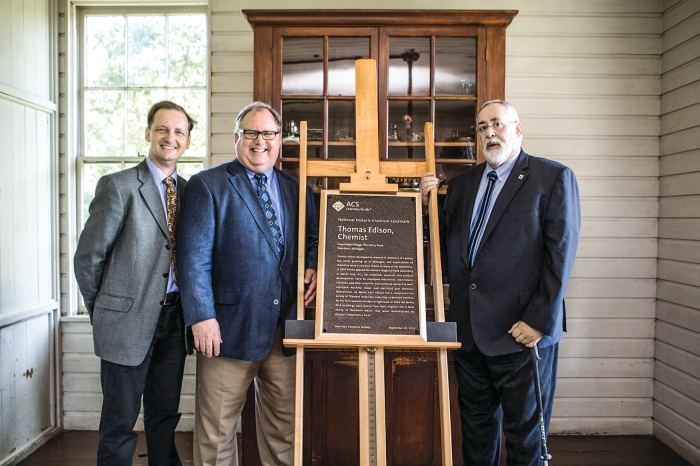