Part of the fun of a board game comes from the opportunity to take on a new persona. In Monopoly, players become real estate moguls. In Settlers of Catan, they become explorers building a settlement on an uncharted island. And in a new board game called Compounded, players get to take on what we at Newscripts think is the best role of all: a chemist.

[+]Enlarge
Credit: Chris Kirkman
Game on: In the board game Compounded, players compete to become head of a chemistry lab. 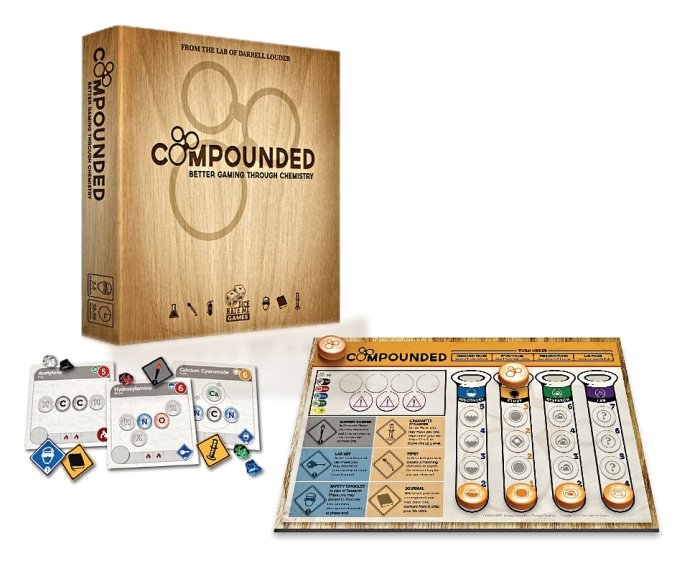 Credit: Chris Kirkman
Game on: In the board game Compounded, players compete to become head of a chemistry lab.

In Compounded, players vie to be the head of a chemistry lab by racking up atomic points, earned by collecting elements (hydrogen, carbon, oxygen, nitrogen, calcium, and sulfur), and synthesizing compounds designated on cards drawn from a deck. The periodic table acts as a scoreboard, and players each get their own workbench to keep track of experiments and organize lab tools.

Some of the compounds are flammable, so if a player draws a “Lab Fire” card, gamers can see their hard work go up in smoke. Of course, good safety practices dictate that players have fire extinguisher cards on hand to stop such conflagrations.

Compounded is the brainchild of Delaware-based graphic artist Darrell Louder. His initial concept was for players to be “fantasy alchemists, making potions out of rat tails and other nonsense,” he says. But then his wife, a high school English teacher, suggested he base the game on the periodic table. As a self-professed science nerd who aced high school chemistry, he thought the idea was perfect. 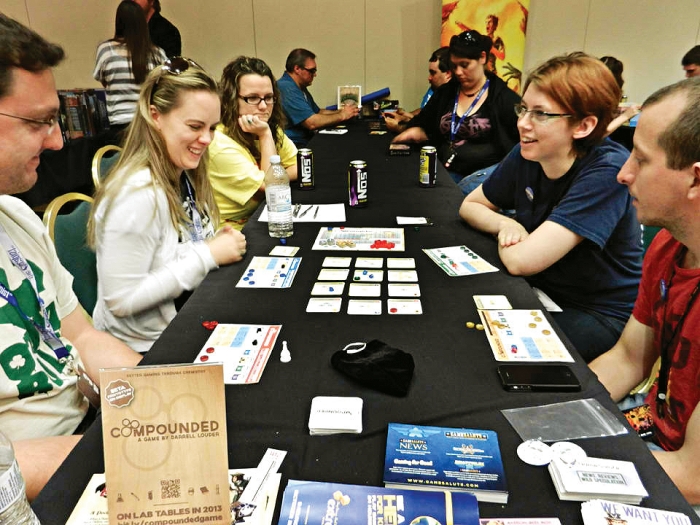 How to Play Compounded from Dice Hate Me on Vimeo.

TIME TO PLAY: Game designer Darrell Louder provides a tutorial on how to play his chemistry-based board game Compounded. Dice Hate Me Games

To help achieve their goals, players can trade elements and lab tools with each other. Although this kind of cooperation is necessary to win, the game does provide opportunities for “a little corporate backstabbing,” Louder says.

Before Compounded, the graphic artist had never designed a game. He worked up the rules in about four days and then developed the game over two years, running everything past friends who were chemical engineers to ensure it was as accurate as possible. After a successful Kickstarter campaign, Compounded was published by Dice Hate Me Games in November 2013.

Louder says he’s now designing a deck of cards to expand the game by bringing in radioactive elements. Players will get Geiger counters, and they will have to worry about radiation leaks as well as elements that decay and eventually disappear. Compounded is getting the Newscripts gang pumped for our next game night. 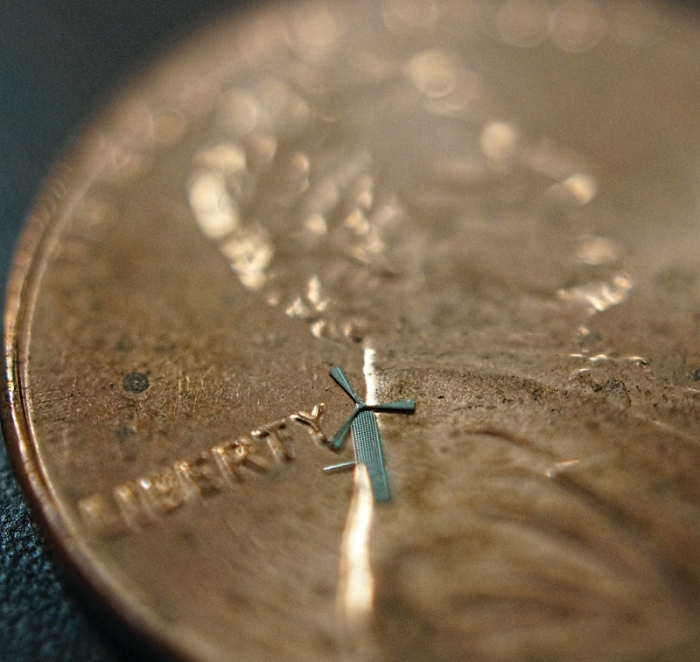 One thing that’s always in danger of disappearing is the charge on a cell phone. But researchers at the University of Texas, Arlington, have found a novel way to keep those mobile devices juiced up. Electrical engineers Smitha Rao and J.-C. Chiao have designed a tiny windmill whose blades spin in a circle 1.8 mm in diameter. Chiao estimates that hundreds could fit on a cell phone sleeve and be coupled to a charging device. “Then you could wave them in the air and create enough electricity to make a phone call or send a text message,” he says.

The windmills are fabricated from a durable nickel alloy with a layer-by-layer technique used to make microelectro­mechanical systems. The researchers have filed a patent on the technology but are still figuring out the limitations of the windmills and the physics of how they work. Chiao can say that the windmills have survived a blast from an industrial-strength blower and an accidental fall onto the floor. Whether they can withstand the abuse of a butterfingered cell phone user remains to be seen.

LITTLE SPINNER: A miniature windmill with blades 1.8 mm in diameter spins with a light breeze. Its creators think that the windmill could generate electricity to power portable devices such as cell phones. Smitha Rao/UT Arlington/WinMEMS