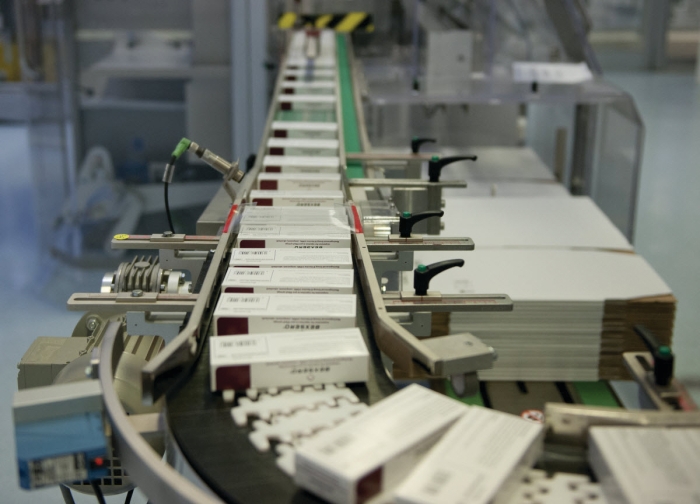 Novartis is exiting vaccines, GlaxoSmithKline is shedding oncology drugs, and Eli Lilly & Co. is beefing up in animal health through a suite of multi-billion-dollar transactions with each other. All told, the big pharma companies expect the swap of businesses to strengthen their market positions at a time when all three are struggling to grow.

Novartis will pay up to $16 billion to acquire GSK’s oncology products business, which had sales of $1.6 billion in 2013. The deal includes R&D related to GSK’s approved cancer drugs and rights to its AKT protein kinase inhibitor, currently in Phase II clinical trials. Novartis, which already gets more than $10 billion in sales from cancer drugs, will also get commercialization opt-in rights to GSK’s oncology R&D pipeline.

Meanwhile, GSK will pay $7.1 billion to buy Novartis’s vaccine business, excluding flu vaccines. Novartis is looking for a separate buyer for the flu business. The acquisition will give GSK a combined vaccines business with more than $7 billion in annual sales, $1.4 billion of which will come from Novartis products, and more than 20 candidates in development.

In a third transaction, Novartis and GSK will combine their consumer health businesses into a joint venture owned 63.5% by GSK and 36.5% by Novartis. The venture will have about $11 billion in annual sales of mostly over-the-counter drugs.

“Opportunities to build greater scale and combine high-quality assets in vaccines and consumer health care are scarce,” GSK CEO Andrew Witty said when announcing the deals. With the transactions, “we will substantially strengthen two of our core businesses and create significant new options to increase value for shareholders,” he said.

In yet another deal, Novartis agreed to sell its $1.1 billion-per-year animal health division to Lilly for $5.4 billion. Lilly will combine the business with its Elanco unit to create a $3.3 billion animal health company. It will be the world’s second largest such business after Zoetis, which was created last year through a spin-off from Pfizer.

When completed in 2015, the transactions will be “transformational” for Novartis, according to CEO Joseph Jimenez. “They focus the company on leading businesses with innovation power and global scale. They also improve our financial strength, and are expected to add to our growth rates and margins immediately.”

A sale or swap of Novartis’s animal health business was expected, but not so the sale of its vaccines business or the joint venturing of consumer health, Leerink stock analyst Seamus Fernandez told clients in a report on the deal. GSK, however, is “possibly the biggest surprise participant here,” he said. The moves shift the company toward “distribution businesses,” such as vaccines and consumer products, and away from the increasingly crowded oncology market.

While Novartis, GSK, and Lilly were announcing their swaps, an article was published in the U.K.’s Sunday Times stating that Pfizer had made a $100 billion bid to acquire all of AstraZeneca, which reportedly rejected it. The newspaper cited senior investment bankers and industry sources.

Leerink’s Fernandez told clients that such a deal, if it came to pass, would make sense for three reasons: taxes, cost cutting, and an improved R&D pipeline. But he thinks the combined giant would need to split itself up along new lines. “A two-step strategy of buying and subsequently breaking up a Pfizer/AstraZeneca combination could offer Pfizer investors a long-term upside, while a megamerger that stops short of a break-up likely would be problematic,” he said.