Materials: A technique uses polarized light to characterize the quality and thickness of graphene quickly and efficiently 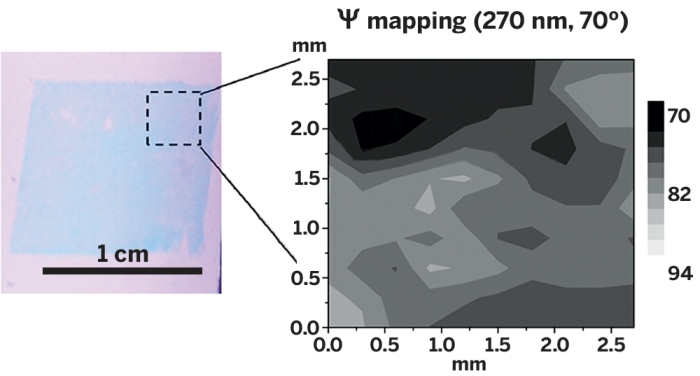 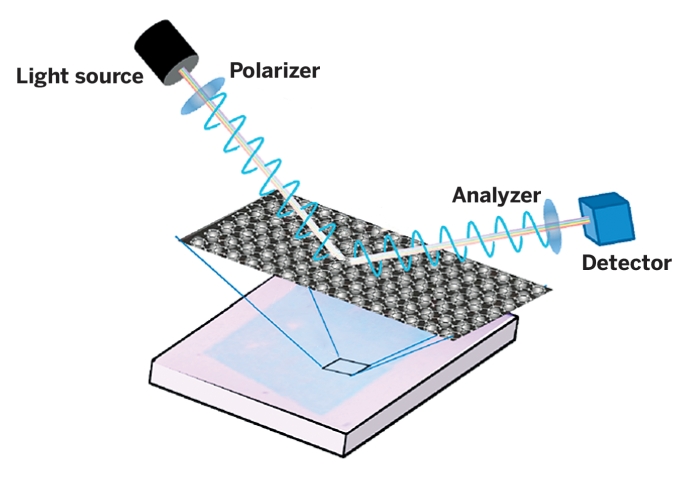 Researchers typically use Raman spectroscopy to check the structural quality and thickness of graphene, but because the technique can only cover a small area in a given time, it’s painfully slow. It also works only on specially designed substrates. So materials scientist Hsuen-Li Chen of National Taiwan University and colleagues turned to spectroscopic ellipsometry, an optical technique widely used in the semiconductor industry to characterize thin films at a resolution below 1 nm. In ellipsometry, researchers shine a beam of light through a film, and the substrate holding the film reflects it back. Defects in the film change the polarization of the reflected light, thus providing information about the quality of the film. Previously, researchers had not considered how the quality of graphene could affect the polarization, Chen says, but his team thought that ellipsometry might prove to be a useful technique for evaluating the material.

The team grew layers of graphene through chemical vapor deposition and then transferred the films to a variety of substrates, including copper, fused silica, and silicon, to show that the technique could work on any of those materials. They grew graphene films of different qualities by varying the temperature they used during deposition from 800 to 950 °C. On the basis of mathematical models, the team expected that more defects would lead to greater changes in the polarization of the reflected light. Their experiments confirmed those results.

The method also allows researchers to measure the thickness of the graphene layers simply: The thicker the film, the more the reflected light was shifted toward the red end of the spectrum. Because the technique allows researchers to measure both quality and thickness simultaneously, ellipsometry translates to higher throughput in a production setting, Chen says. This technique is also much faster than Raman spectroscopy. Ellipsometry can map a 1-cm2 sheet of graphene in under a minute, he says. Raman would take more than an hour.

The method is “a significant step toward large-scale characterization,” says James M. Tour, a synthetic organic chemist and materials scientist at Rice University. He’d like to see how well ellipsometry works on graphene films with multiple layers stacked in different configurations. “Overall, however, it looks like a great complement to the techniques used to characterize graphene,” Tour says.