Sustainable harvest is key to a new pharmaceutical chemicals venture 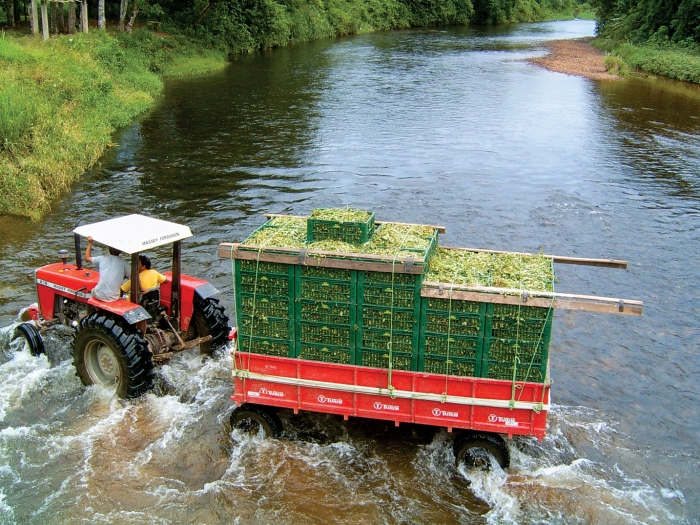 For BI, the transactions were small ones. The German drugmaker had been exiting its private-label active pharmaceutical ingredients (API) business, scaling back to produce only the chemicals it uses to manufacture its own drugs.

But for Badrot the deals were potentially big. He leads the company that bought the businesses—Centroflora CMS, a joint venture between the Brazilian botanicals firm Centroflora and CMS Pharma, Badrot’s custom chemicals consultancy. Together, Centroflora and Centroflora CMS are committed to nurturing the natural source of pilocarpine, an alkaloid used medicinally for more than 100 years, and to expanding into other APIs neglected by larger firms.

Pilocarpine’s source, Pilocarpus microphyllus, better known as jaborandi, had been harvested vigorously in the wild by Merck KGaA, which in 1975 built a factory in Parnaíba in northern Brazil to extract pilocarpine. By the mid-1980s, however, jaborandi had been overharvested, and the government declared it a protected species. Merck began obtaining the leaves from a plantation in the northern Brazilian state of Maranhão.

Demand for the drug as a glaucoma treatment began to decline, and Merck eventually closed the plant. When the market for the drug revived with new indications as a dry-mouth remedy, the company saw an opportunity to sell the site and did so in 2002.

The buyer was Centroflora, which was founded in 1957 in São Paulo. The firm was interested in adding pilocarpine to its botanical extracts business, according to its chief executive, Peter Andersen, a native of Brazil whose coffee-trader father bought into Centroflora in 1983. Along with the purchase, Centroflora signed a deal for BI to distribute the drug.

The company wanted to revitalize natural harvesting of jaborandi and began working with the Brazilian government to promulgate sustainable practices in the field. Centroflora also worked closely with a German government agency, Deutsche Gesellschaft für Internationale Zusammenarbeit (GIZ), which promotes sustainable harvesting internationally and had been working in the north of Brazil for decades.

Centroflora’s distribution agreement with BI arose through connections at GIZ, according to Andersen. BI also had been Merck’s biggest customer for pilocarpine.

But ecological sustainability was only half of the problem, Andersen says. Centroflora also found itself dealing with middlemen who would collect the jaborandi from poor family farms in remote areas and pay them next to nothing. Establishing a direct supply channel was not easy. 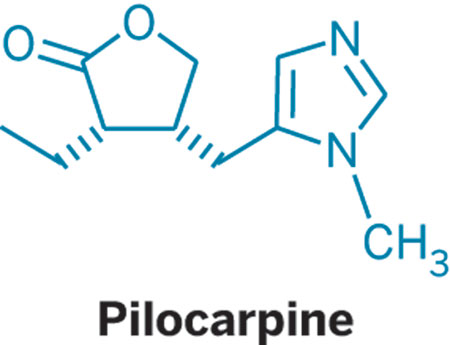 “I can spend a few days telling you about that process,” he says. “Stories of difficult relationships and difficult moments. But in some cases we managed to hire some of the middlemen to work for us on a salary basis. They made less money, but they had a job.”

Today, farmers in Brazil are paid at least twice what they were paid by intermediaries, Andersen says.

Key to the process was a program Centroflora launched in 2004 called Partnerships for a Better World to train and certify growers, establish community associations to support growers, and maintain sustainable harvesting practices.

Centroflora is the leading supplier of pilocarpine. Its only competitor, Sourcetech, with a plant near São Paulo, accesses jaborandi from the plantation that supplied Merck, now owned by U.S.-based Quercegen.

Pilocarpine accounts for only about 5% of Centroflora’s $95 million in annual sales. The company produces a long list of botanical extracts, including nutritional supplements and herbal medicines such as acai, acerola, coffee powder, and powdered fruit.The company manufactures at four facilities in Brazil, including the former Merck plant, which is dedicated to pilocarpine. But Andersen sees the partnership with CMS as a route to increase phytochemical API manufacturing at that site.

“The facility has the capacity to produce 12 metric tons per year of alkaloids,” Andersen says. It currently makes less than three metric tons. “So there is a lot of space to produce more, and the idea is that we can do some of the APIs we got from Boehringer Ingelheim.”

Those include atropine, digoxin, homatropine, and dihydroergotamine mesylate. Centroflora CMS also obtained distribution rights to BI’s scopolamine N-butyl bromide. All are derived from botanicals harvested on farms around the world.

Badrot was vice president of strategy for Lonza’s exclusive synthesis division before starting CMS in 2010 to consult on manufacturing and mergers and acquisitions in the custom chemicals business. “But for me, the dream was to return to manufacturing APIs,” he says.

The phytochemicals portfolio, including some of the oldest APIs made by BI, for which CMS has done consulting work, seemed like an ideal reentry to manufacturing, according to Badrot. “They are niche products that maybe fly a bit under the radar,” he says. “They seemed to fit us well because we can give them some attention.”

“We are looking for other companies with APIs that represent 0–1% of sales, products that lack focus,” he says. “We would take them over.”

Badrot and Andersen say they are also interested in sharing the Partnerships for a Better World program with other companies involved in harvesting natural products. And Centroflora looks for other ways to support its supply chain. Last month, it was approved as a trading member of the Union for Ethical BioTrade, a nonprofit that promotes sustainable development and biodiversity. As a member, Centroflora commits to sustainable sourcing practices and will be required to undergo periodic audits.

Last year, Centroflora received government recognition for its efforts on both the environmental and social fronts. The National Confederation of Industry in Brazil named Centroflora’s jaborandi harvesting program one of the country’s 10 most sustainable business practices. And Banco do Brasil, the national bank, recognized the firm for its work to improve conditions for farmers in the northern forest region of the country.

As the joint venture starts to work with its new portfolio of phytochemicals, both Andersen and Badrot look back at the jaborandi success as the road forward, a template for fostering a plant-based API business that may inspire other companies.

For Andersen, Partnerships for a Better World is an essential foundation of trust for the ecological and socially responsible harvesting of botanicals in Brazil. “There were a lot of problems along the way,” he says. “But we are at peace with it today.”

Consumer Products
Clariant partners with plant-milking firm Plant Advanced Technologies
Food Ingredients
Cargill launches Red Seaweed Promise
Business
Hemp, No Longer Illegal, Is Poised For A Comeback In The U.S.
Share X
To send an e-mail to multiple recipients, separate e-mail addresses with a comma, semicolon, or both.
Title: Firms Team Up To Sustain Natural Pilocarpine
Author: Rick Mullin
Chemical & Engineering News will not share your email address with any other person or company.

Comments
Robert Buntrock (March 24, 2015 4:49 PM)
In the print format, the pilocarpine needs a 3 after the H at the bootom. Thr correct substituent is methyl (CH3) not CH.

More should be written about the plant--jaborandi--that pilocarpine is derived from. Wikipedia is not much better except that it belongs to the Rutaceae or cirtus family. Most members are shrubs or small trees so it can be assumed that jaborndi is also.
Reply »