[+]Enlarge
Credit: Nate D. Sanders
Aurum: The 1927 Chemistry Nobel Prize, shown, is worth more than its weight in gold. 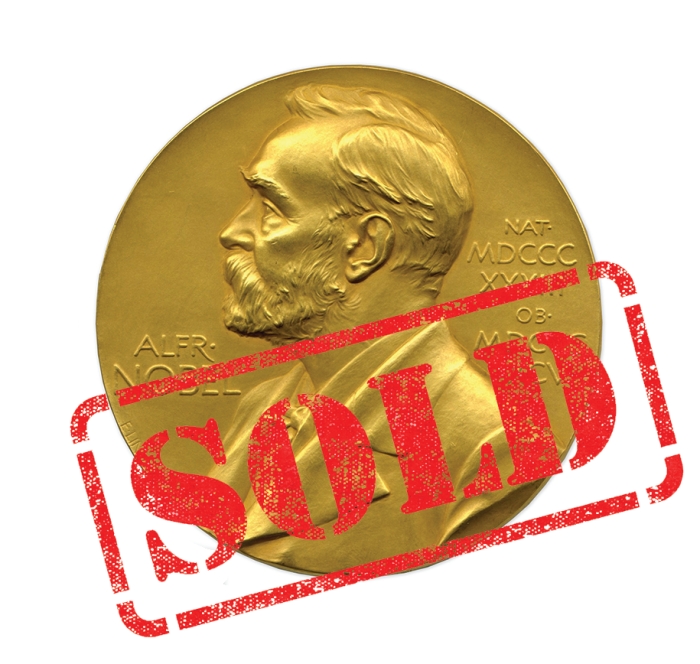 Credit: Nate D. Sanders
Aurum: The 1927 Chemistry Nobel Prize, shown, is worth more than its weight in gold.

Obtaining the gold medal for a Nobel Prize in Chemistry takes persistence, a dash of brilliance, a touch of serendipity, and a heavy dose of intellectual moxie. Alternatively, it could take just $395,000. That is the amount an anonymous bidder paid for Heinrich O. Wieland’s 1927 Nobel Prize medal at auction late last month.

Wieland was awarded the Nobel for his work on bile acids and related substances. The presenter of the Nobel Prize, H. G. Söderbaum, described the work as “one of the most difficult which organic chemistry has had to tackle.” Bile acids are a type of steroid acid synthesized by the liver to promote digestion and absorption of dietary fats in the small intestine. Wieland is also credited, along with Adolf O. R. Windaus and others, for determining the chemical structure of cholesterol, which plays a major role in a variety of cardiovascular diseases.

During World War II, Wieland was a professor at Ludwig Maximilian University of Munich. He invited Jewish students, who had been expelled from the university because of their ancestry, to join his research group as “Gäste des Geheimrats” (guests of the privy councilor).

This was the first time a Nobel Prize in Chemistry had been on the auction block, according to Sam Heller, a spokesmanfor auctioneer Nate D. Sanders Inc., and it was the second time his auction house had sold a Nobel medal. In February, Nate D. Sanders also handled the sale of Simon Kuznets’s 1971 Nobel Memorial Prize in Economic Sciences; the medal sold for $390,848.

The highest bidder to date for a Nobel Prize medal goes to Alisher Usmanov, a Russian entrepreneur, who paid $4.8 million for James Watson’s 1962 Nobel Prize in Physiology or Medicine medal. After Usmanov won the auction last December, he immediately returned the medal to Watson with the hope that Watson would use the proceeds to support scientific research.

If you want a chemical curio but Nobel Prize medals are out of your budget, then you may want to consider a $254 jar of peanut butter sold by the U.S. government. Uncle Sam’s creamy creation went viral recently when an image of Standard Reference Material (SRM) 2387 started making rounds throughout the Internet. SRM 2387 is prepared by the National Institute of Standards & Technology (NIST) and is used as a calibration standard for nutritional information in analytical laboratories. 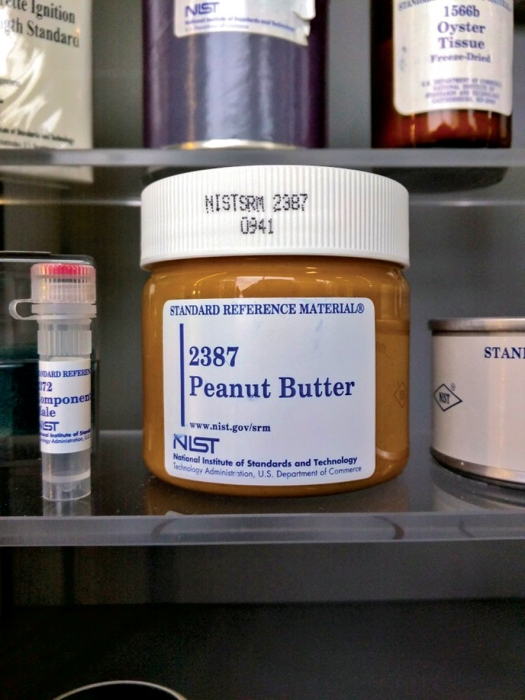 Astute Newscripts readers may remember K. M. Reese covered this topic in a June 2, 2003, issue of C&EN in which he mentioned that NIST had made 2,800 jars of standard reference peanut butter. Melissa Phillips, a research chemist at NIST, tells Newscripts that of the 2,800 jars originally produced, approximately 80% have been sold since 2003. She adds that the most common customers of SRM 2387 are “food companies; academic laboratories; and state, federal, and foreign government laboratories.”

NIST peanut butter’s premium price might suggest that it could be an accoutrement used by the fancy New York City restaurant Le Bernardin. But in 2003, when the peanut butter standard story first broke, New York Times’s restaurant critic William Grimes described the flavor as “muted” and lacking “the creamy, unctuous quality of store-bought brands.” You might just be better off picking up a $4.00 jar of Jif.