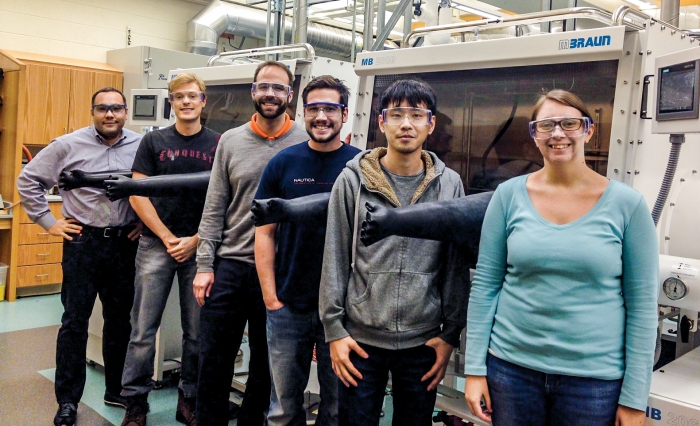 Credit: Courtesy of Daniel Mindiola
Mindiola (far left) with his research group at the University of Pennsylvania.

Growing up in Venezuela, Daniel J. Mindiola never imagined he would one day become a tenured chemistry professor at a university in the U.S., let alone an Ivy League institution. In fact, going into the sciences had not yet crossed his mind; he had wanted to become a professional soccer player.

Today, Mindiola is Presidential Professor of Chemistry at the University of Pennsylvania, and his cutting-edge research on organometallic chemistry has garnered numerous awards and honors, including a special visit to the White House.

Mindiola’s life took a sharp turn at the age of 15, when he and his mother moved from Venezuela to the U.S. to avoid the deep political and economic turmoil that had embroiled his home country.

ROLE MODEL
[+]Enlarge
Credit: Linda Wang
Mindiola spoke about his experiences as an ACS Scholar during the Committee on Minority Affairs luncheon at the ACS national meeting in Boston in 2010. With him are ACS Executive Director and Chief Executive Officer Madeleine Jacobs, and then-Board Chair Bonnie Charpentier. 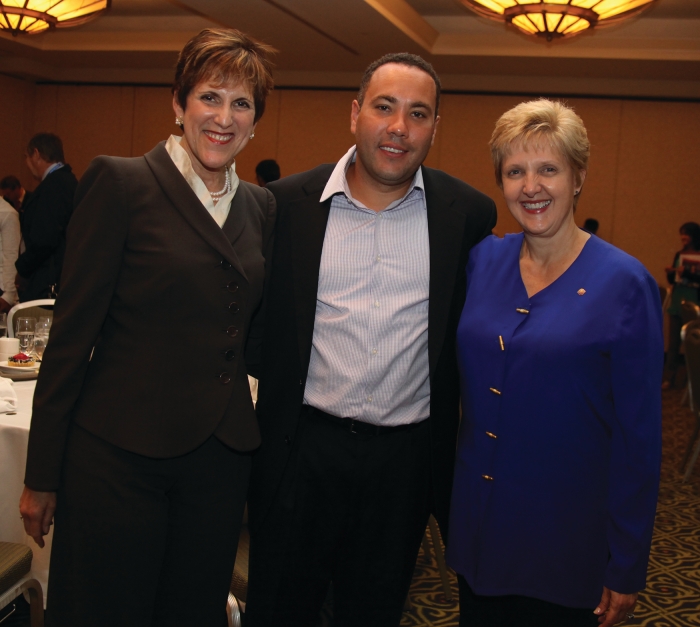 Credit: Linda Wang
Mindiola spoke about his experiences as an ACS Scholar during the Committee on Minority Affairs luncheon at the ACS national meeting in Boston in 2010. With him are ACS Executive Director and Chief Executive Officer Madeleine Jacobs, and then-Board Chair Bonnie Charpentier.

Mindiola and his mother arrived in the U.S. with only $200 and stayed with his uncle in the small farming town of Ovid, Mich. “The idea was for my mother to work and for me to finish high school and then go back to Venezuela,” Mindiola says. His father and a sister stayed behind in Venezuela, while an older brother was serving in the U.S. Navy. Another brother and sister were studying at Ohio State University.

His mother struggled to find work, and they lived on welfare checks and food stamps. “Those first two years were probably the most difficult years of my life,” Mindiola says. His mother eventually found a job delivering newspapers.

Mindiola did poorly during his first semester at Ovid-Elsie High School, earning a 0.5 GPA. “It was a wake-up call that I really had to work hard to do well,” he says. “I would spend a lot of hours at night trying to catch up with the rest of the class, especially in English.”

At the same time, he needed to supplement the family’s income. He remembers milking cows at 4 AM and then going to school at 8 AM. When he wasn’t working on the farm, he was delivering newspapers with his mother. Though he earned less than minimum wage, he kept reassuring himself, saying, “I’m going to get through this, and things are going to get better.”

Things did get better. His high school chemistry teacher, Jack Nutter, noticed that Mindiola was struggling in class, so he pulled him aside and suggested they meet for an hour every day to work on chemistry problems. Mindiola’s confidence soared, and by the time he graduated, his overall GPA was 3.5.

At Michigan State University, he continued to work to support himself. During his first semester, he worked at a restaurant from 3 PM to 3 AM and had classes from 8 AM to noon. “Somehow, I managed to do homework between noon and 1 PM, and then I would take a nap before going back to work,” he says.

He took chemistry during the second semester of freshman year, and that’s when he met chemistry professor Kim Dunbar, who would become his research adviser. “The first day I saw her give a lecture, I knew chemistry would be my major,” Mindiola says. Dunbar took him into her research group and paid him a small stipend so that he didn’t have to work at the restaurant. “That really helped because I could focus on the chemistry,” he says. “After that, the pieces of the puzzle started putting themselves together.”

By senior year, Mindiola was publishing several research papers, and “I was almost like another grad student.” It was also during his senior year that Mindiola received a $5,000 fellowship as an ACS Scholar. “The stipend helped keep me in the lab rather than look for jobs elsewhere,” he says.

Mindiola earned a B.S. in chemistry with honors from Michigan State in 1996 and a Ph.D. from Massachusetts Institute of Technology in 2000. He became the first ACS Scholar to earn a Ph.D.

After graduating, he worked as a postdoc at the University of Chicago until 2002. That year, he was hired as an assistant professor of chemistry at Indiana University, Bloomington. By 2010, he was a full professor.

In 2013, he joined the faculty at UPenn, where he’s researching the role of base metals in converting natural resources such as natural gas into more value-added products.

Looking back at his life and career, Min­diola says his early experiences have instilled in him a strong work ethic and the determination to never give up. “When things aren’t moving along the way you wish, that’s usually when you learn the most,” he says.

He credits many people with his success, and he is now giving back as a mentor himself. “We need to help those diamonds in the rough and give them that extra push to get up,” he says. “Several people did that for me, and I am really thankful.”

Comments
Joshua Telser (February 3, 2015 12:27 PM)
Dan Mindiola is a great chemist and a wonderful person. This is a very inspiring story. I do feel that, in addition his undergraduate mentor, Kim Dunbar of Michigan State, who obviously had an initial and crucial role in Dan's career, his Ph.D. advisor, Christopher C. "Kit" Cummins (MIT) and postdoc advisor, the late Gregory L. Hillhouse (U. of Chicago), could have at least have been named.
Reply »