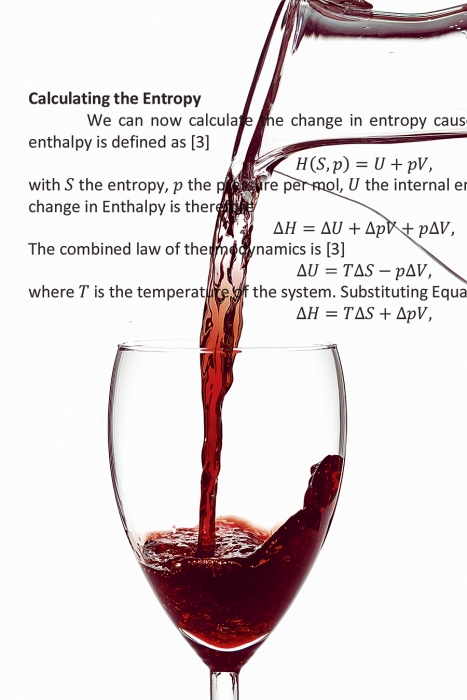 In chapter 2 of the biblical Gospel of John, Jesus and his disciples were celebrating at a wedding in Cana, Galilee, when the wine ran out. The Virgin Mary, who was in attendance, beseeched Jesus to do something to save the party, thus he performed his first miracle: Turning water into wine.

A trio of physicists at the University of Leicester, in England, got to wondering if such an act was chemically and physically possible. So they sat down and did the calculations, which are reported in the Journal of Physics Special Topics. This imaginative journal is produced as part of a course in which Leicester students apply basic science to the weird, the wonderful, and the everyday as an exercise to learn about peer review and scientific publishing.

Benedict Irwin, Peter Hicks, and Hannah Lerman assumed pure water was turned into a basic form of wine—water mixed with ethanol, at a 12% alcohol level. This simple formula does leave out all the other chemical goodness in wine (vitamins, minerals, flavonoids, and the like), but this is just a thought experiment. For a carbon source they figured that carbon dioxide from the air was handy, and they surmised that Jesus was able to provide the perfect catalyst for the reaction to make the activation energy negligible.

The team found that the change in enthalpy at standard temperature and pressure across the reaction would be 1,255 kJ per mol, hence the reaction would be endothermic and not occur spontaneously. But the entropy change would be 4.21 kJ/mol K, with the increase indicating that the reaction is still physically possible. The researchers then determined the extra energy required for turning water into wine, finding that Jesus would have had to instantaneously input more than 250,000 kJ—roughly half the amount of energy in an average lightning bolt—into the system for it to work. The conclusion: It must have been a miracle.

Animal rights activists are usually the ones who dislike the use of animals in lab testing, but maybe now it’s time for confectioners to have a go: Researchers in Germany are bombarding gummy bears with positrons to eke out information to aid drug delivery. 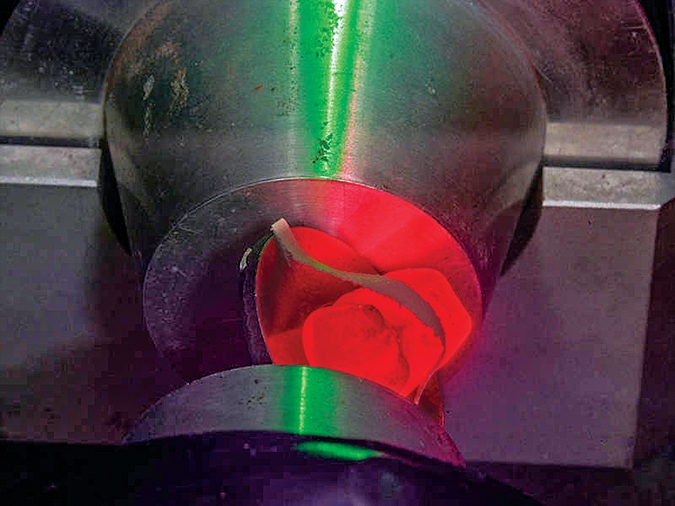 Drugmakers use cross-linked glucose-gelatin biopolymers to make gelcaps for delivering medications that don’t taste good and to protect the active agents from oxidation. Nanopores in the gelcaps influence the properties of the material, yet the tiny pores are difficult to characterize and therefore hard to tune for different uses.

In experiments on gummy bears, those chewy glucose-gelatin concoctions favored by some sweet tooths, Christoph Hugenschmidt and Hubert Ceeh of the Technical University of Munich perfected a method for determining a material’s free volume, or pore space (J. Phys. Chem. B 2014, DOI: 10.1021/jp504504p). The larger the free volume, the easier it is for oxygen to penetrate and harm the medication, but also the less brittle the gelatin.

The scientists hit gummy bears in various stages of dryness with positrons. When positrons encounter free electrons, they annihilate each other and give off a flash of light. The measurements showed that in dry gummy bears the positron-electron pairs survive 1.2 nanoseconds on average, whereas in wet gummy bears they last 1.9 nanoseconds. From those data, the Munich scientists deduced the number and size of the nanopores. No word on what gummy bears will contribute to science next.

Comments
Jason Kennerly (January 29, 2015 5:26 PM)
Brookhaven has developed a catalyst that does this, but its not capable of working so fast or so efficiently.

Also, the electron cloud density measurements in order to determine porosity sounds like EXACTLY the right thing needed to automate one of the more complex parts of oil exploration. I'm pretty sure this is already done with downhole loggers and isotopes but these researchers ought to be talking to each other more.
Reply »