Another Round For Dow 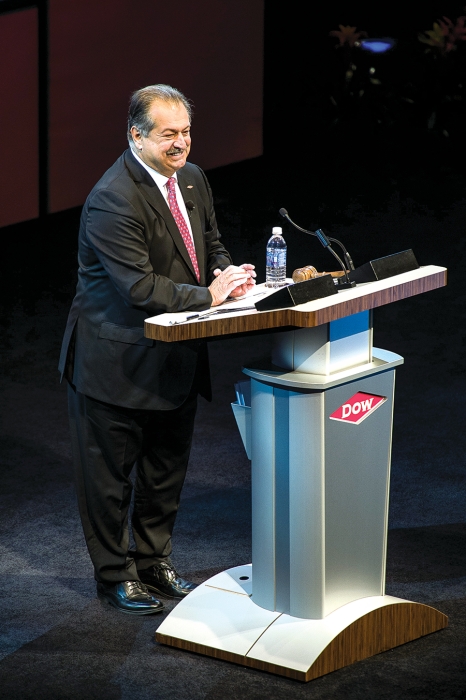 Eleven years into his tenure, with an activist shareholder watching him closely and just after completing more than $12 billion worth of divestitures, Dow Chemical’s chief executive officer, Andrew N. Liveris, is launching yet another batch of strategic initiatives that will involve billions of dollars.

Dow is looking for an exit from Dow AgroSciences, a good business that may be better off with another seed and crop protection player. The company is attempting to buy out Corning’s interest in the Dow Corning joint venture, changing the structure of that firm for the first time in 72 years. And Dow is disengaging from its Kuwaiti joint ventures, favoring a Saudi partnership instead.

Although bold, these initiatives aren’t really surprises. They are all ideas that Dow watchers have known about for a long time. And they serve as a preventive strike against more shareholder revolt.

Dow earmarked AgroSciences for a possible sale in 2009, when the company was struggling to pay for its $18.8 billion purchase of Rohm and Haas amid the recession. Dow raised the money it needed by selling other businesses instead.

Liveris was glad he found another way. “Ag is a crown jewel,” he told C&EN in 2011. AgroSciences fits well within Dow’s strategy of bringing value-added chemistry to market. Liveris has often said the business “punches above its weight” by bringing innovation to crop protection chemistry and seed traits despite being smaller than competitors such as DuPont, Syngenta, and Monsanto.

What’s different today is that a wave of consolidation may be coming in agrochemicals. Monsanto has already made overtures for Syngenta, and DuPont has signaled interest in participating in industry consolidation. Liveris is banking that AgroSciences will be a coveted prize in this environment.

In contrast, Liveris thinks Dow Corning may make best sense as part of Dow alone. He argues it is a better fit with Dow than it was 10 years ago. Since then, Dow has plunged deeper into electronics and construction markets, which also are areas of strength for the silicon chemistry specialist.

A good illustration of how the two firms complement each other is solar power. Dow has been cultivating a business in thin-film solar panels for residential roofs. Dow Corning’s Hemlock Semiconductor affiliate supplies polysilicon for conventional photovoltaic cells.

Negotiations between Dow and Corning are already under way. Liveris should be prepared to pay top dollar to wrest the unit from Corning’s hands.

Of Liveris’s new moves, the reshuffling in Kuwait is the easiest to understand. Dow will get $3 billion for the interest it is giving up.

Dow and its partner, Petrochemical Industries Co. of Kuwait, have grown apart over the years. Their venture, which originated with Union Carbide in the 1990s, makes ethylene, ethylene glycol, and polyethylene. Dow isn’t as interested in selling commodity chemicals as it used to be. PIC, on the other hand, wants to grow the business.

Instead, Dow sees its $20 billion Sadara joint venture with Saudi Aramco as its main franchise in the Middle East. That complex, now being completed, will transform low-cost Saudi hydrocarbon feedstocks into value-added chemicals such as isocyanates, glycol ethers, and polyolefin elastomers.

The timing of Dow’s new round of initiatives is intriguing. In a month, Liveris’s truce with the activist shareholder Daniel S. Loeb will end. Loeb, whose hedge fund Third Point owns a sizable stake in Dow, has been advocating a split between Dow’s commodity and specialty chemical operations, arguing that two dedicated firms would deliver more value.

Liveris believes in the diversification that integration brings. As one conjoined whole, Dow’s profits are fat when petrochemical prices are strong. Dow also locks in high margins by selling specialties made with its own raw materials.

A year ago, Loeb agreed to temporarily withhold public criticism of Dow in exchange for two seats on Dow’s board.

Since then, Liveris might have gotten the better of the argument. Dow’s results have improved despite economic obstacles this year, including low oil prices, sluggish economies in China and Latin America, and a strong dollar. For the first nine months of the year, Dow’s revenue declined 15%, but profits soared 10%.

“We have built a portfolio that has as its foundation both integration and intervention and is structurally hedged to handle all economic conditions and … is a cash flow machine,” Liveris said in a call with analysts.

Liveris is also enacting policies that activist investors normally like, such as raising dividends and buying back stock. He is even relinquishing a little control. He named James Fitterling as vice chairman and chief operating officer. And chief financial officer Howard I. Ungerleider is now a vice chairman. Liveris jokingly refers to himself and the pair as a “troika” that will run the company.

All this, plus the new strategic moves, might be enough to keep Loeb quiet. It will be clear very soon if it isn’t.

Mergers & Acquisitions
LyondellBasell dawdles on Braskem acquisition
Petrochemicals
Introducing the new Dow
Business
Dow Battles Back
Share X
To send an e-mail to multiple recipients, separate e-mail addresses with a comma, semicolon, or both.
Title: Another Round For Dow
Author: Alexander H. Tullo
Chemical & Engineering News will not share your email address with any other person or company.

Comments
Ravi Kulkarni (November 25, 2015 11:19 PM)
I strongly support integration of DC With Dow. It is a win win proposition and would lead to at least 15 - 20% increase in sales. In addition, a new thrust on marketing Silicone products could trigger better pricing and evolution of new applications that are needed to expand Silicone markets globally. Silicone from Dc can also synergize with Dow Agro business.
Reply »