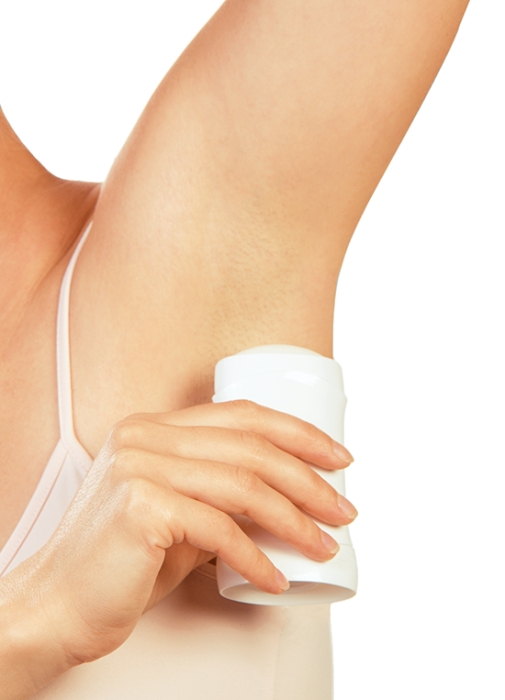 Credit: Shutterstock
Smells like teen spirit: A volatile organic compound found in antiperspirants dominates the air of an engineering classroom.

Late-night study sessions and long hours in the lab might cause some college students to neglect their personal hygiene. However, the engineering students who passed through a particular classroom in California can now point to evidence that they don’t forget to swipe on deodorant before heading out for the day.

Their vindication comes from a recently published indoor air quality study conducted by Xiaochen Tang, Allen Goldstein, and colleagues at the University of California, Berkeley. The researchers wanted to measure the volatile organic chemicals (VOCs) emitted by students, so they chose a well-used classroom in the civil and environmental engineering department. It had no windows or exterior doors but was flushed with outside air five times per hour by the building’s ventilation system. Then, across the hall, they set up their big gun: a proton-transfer-reaction time-of-flight mass spectrometer, a sophisticated instrument used mainly for outdoor air quality measurements, and continually analyzed the air via tubing snaked out the door.

They found that the most abundant VOC in the classroom was decamethylcyclopentasiloxane, or D5—a nonactive ingredient used in personal care products such as antiperspirants, hair conditioner, and hand lotions (Environ. Sci. Technol. Lett. 2015, DOI: 10.1021/acs.estlett.5b00256). D5 contributed about 30% of the total VOCs measured. The team also determined that the highest rate of emissions occurred in the morning and faded as the day progressed, consistent with when students most likely perform their daily ablutions.

For scientists interested in indoor air quality, the focus has typically been on emissions from sources such as furniture, cooking, and cleaning products, Goldstein tells Newscripts. But the biggest indoor air polluters in highly occupied spaces might be people themselves.

The authors made sure to point out that they looked at only one segment of the university population. “We don’t know if we would have gotten a different answer for students from the business school, or the law school, or the English department,” Goldstein says.

For those interested in looking good while doing good, behold the Sponge Suit. Designed by Eray Carbajo, an architecture and design firm based in New York City and Istanbul, the suit is a 3-D printed plastic bikini top featuring an inner layer made of a porous material that purports to absorb contaminants from the water while you swim. The Sponge Suit won first place in the Reshape15 Wearable Technology Competition. 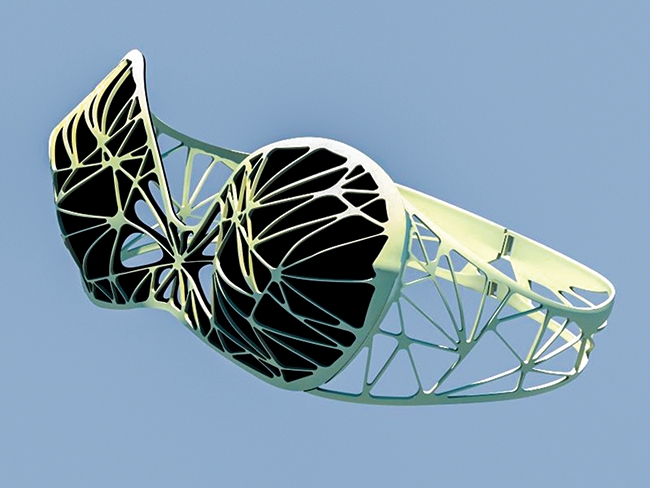 The sponge in the Sponge Suit was developed by Cengiz and Mihri Ozkan, husband and wife engineering professors at the University of California, Riverside. They make the material from sucrose via a scalable thermal process, so the material is cheap, Cengiz says. The sponge repels water but absorbs up to 25 times its weight in oil and doesn’t release it until heated above 1,000 °C. The Ozkans originally developed it for applications such as cleaning up oil spills and degreasing. But after Eray Carbajo approached them with the idea of making a swimsuit out of the material, the engineers worked with the firm for several months to incorporate the sponge into the plastic frame.

The Newscripts gang does not recommend swimming through an oil slick—wearing a Sponge Suit or not. But it’s reassuring to know that now there’s a way to look cool and clean the pool at the same time.

Comments
Michael L. Shamie (November 15, 2015 8:21 PM)
How illuminating, D5 commonly known as volatile silicone fluid is a typical ingredient
in most AP (antiperspirant) sticks. If our culture wasn't so obsessed with personal hygiene this wouldn't be an issue. Travel much? Get a life!
Reply »