Some Biodegradable Plastics Don’t Live Up To Their Claims

Environment: Plastics with additives meant to promote biodegradation don’t decompose any faster than those without them

From bread bags to beverage bottles, many plastics now contain additives designed to make the materials biodegradable. But a new study shows that plastics made with such additives do not biodegrade in the environment significantly faster than those without the compounds (Environ. Sci. Technol. 2015, DOI: 10.1021/es504258u). 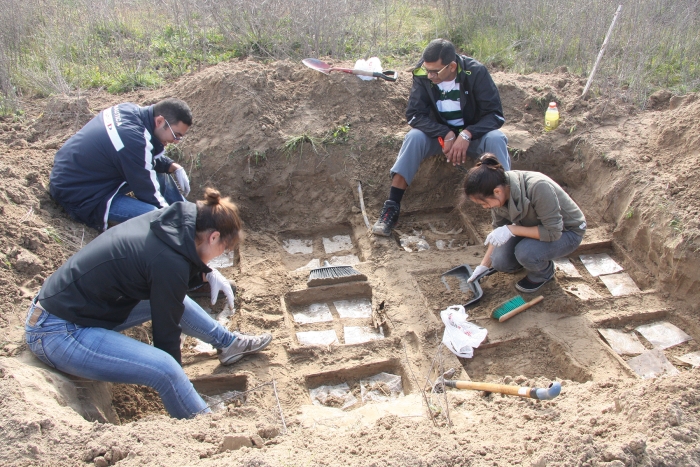 Credit: Rijosh Cheruvathur
Michigan State University researchers remove polyethylene films that had been buried in soil for three years to see how well they biodegraded.

Plastics, such as the low-density polyethylene (LDPE) used to make bags and the polyethylene terephthalate (PET) found in water bottles, can remain intact for years in a landfill. So some plastics manufacturers include additives designed to help the long polymers in the plastics disintegrate faster. Transition-metal salts called oxo-degradable additives catalyze the oxidation of the polymer chains in the presence of oxygen and ultraviolet light or heat. Other types of additives claim to increase biodegradation through different mechanisms.

Some manufacturers assert that once polymer chains are fragmented in this way, microbes can then eat them. But previous studies have cast doubt on this claim: For example, many oxo-degradable plastics do not pass a common composting certification test known as ASTM-D6400, which requires 60% of the material to be converted into carbon dioxide in 180 days. Researchers Susan Selke and Rafael Auras of the School of Packaging at Michigan State University wanted to design a rigorous field study to determine whether the materials perform as promised.

So they and their colleagues prepared films of an LDPE blend used to make bread, supermarket and trash bags, and PET sheets, like those used to make plastic water bottles, with three different additives supplied by their manufacturers. These were an oxo-degradable additive made by Symphony; a non-oxo-degradable one made by Ecologic; and Wells Plastics’ Reverte, which was originally described by the manufacturer as a combination of the two types of additives. The researchers exposed the oxo-degradable plastics to UV light at 0.80 W/m2 for about six days, the equivalent of about two months of outdoor exposure in Miami. They then treated all of the samples to mimic disposal of such plastics in a compost pile, a landfill, and soil.

By measuring the carbon dioxide and methane that evolved from the plastics in closed containers simulating composting and landfilling, the researchers could determine whether microbes had digested the materials. After about six months of composting and a year and a half of landfill-like conditions, samples that included plastics with additives did not produce significantly more methane and CO2 than the samples of plastics without them. At the end of the experiment, the team checked that microbes in the landfill simulation were still alive: When the researchers fed the microbes starch, the microbes produced gases as expected. After three years of soil burial, the plastic samples with additives did not show any greater physical degradation than samples without them.

Auras says, “We saw no evidence that these additives promote significant biodegradation in these tested environments.”

David J. Tonjes, an expert in solid-waste management at Stony Brook University, SUNY, says the study is well designed, subjecting plastics made with commercially available additives to a sophisticated test of biodegradation with careful controls. “It underscores that plastics with these additives don’t degrade under timescales we’d consider reasonable,” he says. 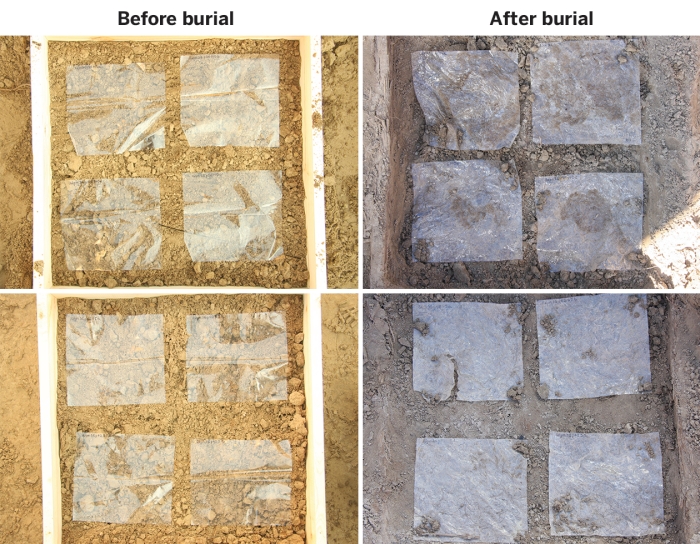 Pollution
Air pollution hurts honeybees
Pollution
Measuring microplastics in seafood
Persistent Pollutants
US FDA sets voluntary arsenic limit in infant rice cereal
Share X
To send an e-mail to multiple recipients, separate e-mail addresses with a comma, semicolon, or both.
Title: Some Biodegradable Plastics Don’t Live Up To Their Claims
Author: Deirdre Lockwood
Chemical & Engineering News will not share your email address with any other person or company.

Comments
Mike Fisher (March 25, 2015 2:32 PM)
The referenced study supports what was known in the early '90s, when I was with a DuPont/ConAgra JV making polylactide polymer for non-medical applications. The LLDPE suppliers added starch to their product and labeled it 'degradable' and we contended it was not; it simple broke down into smaller non-degradable chains.
Reply »

Nagat Abdalla El-sordy (March 26, 2015 12:51 AM)
I need to know the tests you used to measure the extent of biodegradation and also, the type of these additives
Reply »