Environment: Study suggests residents of households with smokeless tobacco users may be at risk of indirect exposure to tobacco-specific carcinogens

Finding Dip In Dust
[+]Enlarge
Credit: Shutterstock
Children who live with smokeless-tobacco users may be at risk of indirect exposure to carcinogens in the tobacco via household dust, researchers say. 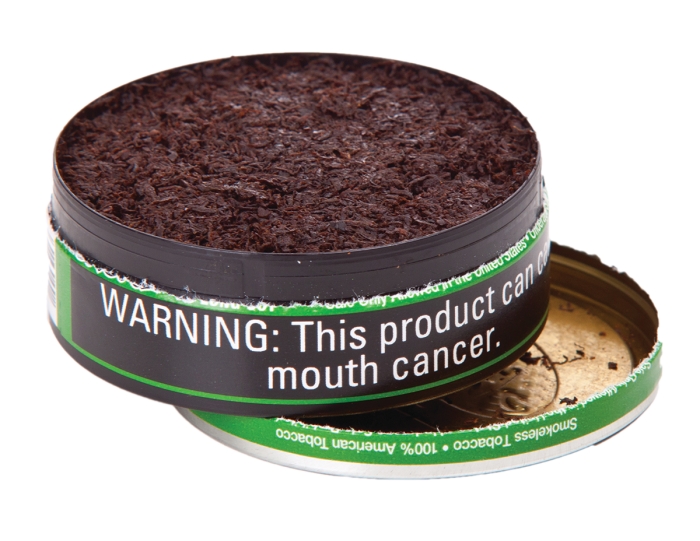 Credit: Shutterstock
Children who live with smokeless-tobacco users may be at risk of indirect exposure to carcinogens in the tobacco via household dust, researchers say.

Secondhand exposure to tobacco may be possible even when no cigarette smoke is involved, according to a new study. An analysis of dust samples from six homes with smokeless tobacco users shows that the dust there contains more tobacco-specific carcinogens and alkaloids than dust from non-tobacco-using homes, putting household members, especially children, at risk of indirect exposure (Chem. Res. Toxicol. 2015, DOI: 10.1021/acs.chemrestox.5b00040).

Scientists have long known that cigarette smoke is carcinogenic, whether inhaled by the user, by others as secondhand smoke, or brought into the home on clothing as thirdhand smoke. But they didn’t know whether indirect exposures could arise with smokeless tobacco products, such as chewing tobacco or moist snuff. Todd P. Whitehead of the University of California, Berkeley, School of Public Health and his colleagues wondered whether smokeless tobacco use at home might taint household dust. They were already collecting dust samples from homes as part of the California Childhood Leukemia Study, which among other things explores how environmental exposures to contaminants such as cigarette smoke could influence leukemia risks.

Of the households they surveyed and analyzed, six told the researchers that they had users only of smokeless tobacco, six had users only of cigarettes, and 20 had no tobacco users. Using liquid chromatography-tandem mass spectrometry, researchers analyzed dust samples from these homes for five nitrosamines that are found only in tobacco, as well as five tobacco-only alkaloids such as myosmine. The team also used gas chromatography-mass spectrometry to measure nicotine, the best-known tobacco alkaloid, which is addictive.

The team wanted to distinguish smokeless-tobacco contamination from cigarette-smoke contamination, so they calculated the ratio of myosmine to nicotine. In unburned tobacco, myosmine content is less than 0.5% of the nicotine content. But as tobacco burns, myosmine is produced, increasing the ratio to roughly 7% in tobacco smoke.

Credit: Chem. Res. Toxicol.
Two of the most well-characterized carcinogenic nitrosamines found in tobacco are N′-nitrosonornicotine (NNN) and 4-(methylnitrosamino)-1-(3-pyridyl)-1-butanone (NNK).

Whitehead warns that the researchers don’t yet know how much of a risk this dust contamination might pose, or how the smokeless tobacco got into the dust. But the findings suggest that household members who don’t use smokeless tobacco could be exposed to its known carcinogens. Young children, who often play on the ground and put their hands in their mouths, can accidentally ingest dust and may be especially vulnerable to exposure, he says. The contamination could come from activities such as opening a package or dropping small amounts on the floor during use, Whitehead says, which could lead to simple strategies for reducing the risk of contamination.

Hugo Destaillats, an environmental chemist at Lawrence Livermore National Laboratory who wasn’t involved with the work, calls the findings an interesting first step. The sample size was small, note both Whitehead and Destaillats, and the study didn’t directly measure anyone’s exposures. Additional research, they suggest, could focus on the amount of tobacco-related compounds that young kids ingest when they live with someone who uses smokeless tobacco, and the resulting health risks. And Destaillats suggests doing future studies to see how dust contamination might vary in other geographical areas.

Comments
Paul S. Bagus (April 11, 2015 4:09 PM)
This article and its introduction appear to reach conclusions on a socially important issue based on, at best, weak scientific support. The authors of the article note that "the researchers don’t yet know how much of a risk this dust contamination might pose". However, the article goes on to warn that "Young children, who often play on the ground and put their hands in their mouths, can accidentally ingest dust and may be especially vulnerable". This is, of course, a serious concern but it is also one that can be easily checked. The use of smokeless tobacco is rather high in Scandinavia. It should be straightforward to check if, especially young people, have a higher incidence of disease related to tobacco exposure than do young people in the Unitesd States where the use of smokeless tobacco is much lower.
Reply »