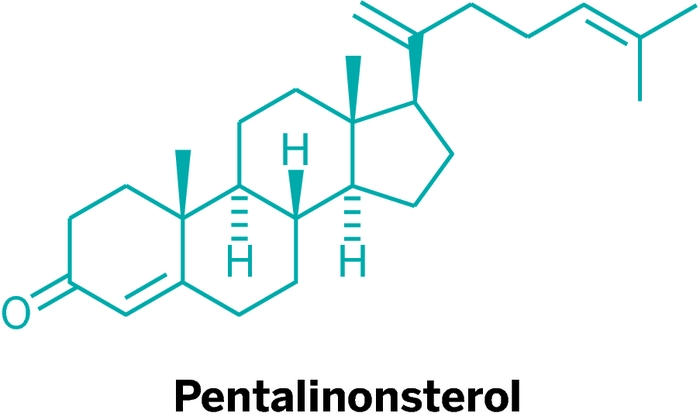 A compound isolated from a plant used in Mayan traditional medicine could be a new drug candidate for the parasitic disease visceral leishmaniasis (ACS Infect. Dis. 2015, DOI: 10.1021/acsinfecdis.5b00081). Spread by sand flies, the disease infects about 300,000 people each year, mainly in tropical regions, and can be deadly if untreated.

Current leishmaniasis drugs, however, have serious drawbacks. Many have toxic side effects, and most must be injected and require long treatment courses. Moreover, the protozoa that cause the disease, Leishmania donovani, have become resistant to some of these drugs in many parts of the world. So researchers such as Abhay R. Satoskar at Ohio State University have been pursuing alternatives.

About eight years ago, Satoskar learned from collaborators in Mexico that traditional Mayan healers in the state of Campeche used a poultice made from the roots of the plant pentalinon to treat cutaneous leishmaniasis. This nonfatal form of the disease, caused by a similar parasite, leads to skin sores. Satoskar says he was initially skeptical, but after visiting the area, he thought, “This seems to be working, whatever it is.” He and his team decided to test the compounds in the plant roots for activity against the parasite that causes visceral leishmaniasis, which targets the spleen, liver, and bone marrow.

They initially tested more than 20 compounds and discovered a novel sterol, pentalinonsterol, with strong activity against the parasites (Phytochemistry 2012, DOI: 10.1016/j.phytochem.2012.06.012). But to produce enough of the compound to evaluate it as a potential drug candidate, they needed to find a way to synthesize it.

In the current study, the researchers synthesized the compound in five steps from pregnenolone, an inexpensive cholesterol. At concentrations of at least 50 µg/ml, the synthetic pentalinonsterol killed a significant portion of leishmaniasis parasites in cell culture. In a separate experiment, the researchers found that the compound decreased the total lipid content of the parasites, indicating that it may work by damaging the protozoa’s cell membrane.

To test pentalinonsterol’s effectiveness in mice, the researchers first encapsulated it within liposomes. Liposomes protect the hydrophobic compound from degradation in the body and “target it directly to the areas where the parasite is living,” says Satoskar, because macrophages in the organs infected by the disease gobble up liposomes as they would other foreign particles. When the researchers injected L. donovani-infected mice with this treatment, parasite levels in the spleen, liver, and bone marrow fell by 83%, 64%, and 57%, respectively, compared with a control treatment of empty liposomes.

The compound was well tolerated by mice, and also activated their immune systems by inducing a T-cell response that was twice as strong as in mice treated with the control. This allows the host to combat the infection, says Elizabeth R. Sharlow of the University of Virginia, a pharmacologist focused on infectious diseases who was not involved in the research.

Sharlow calls the work an “elegant translational study” that integrates novel chemistry, traditional medicine, and natural products to address a pressing clinical need. “Pentalinonsterol could represent the next generation of small-molecule-mediated immunotherapy for visceral leishmaniasis,” she says.

Next, says Satoskar, the researchers are working to develop an oral formulation of the compound and identify its molecular target.