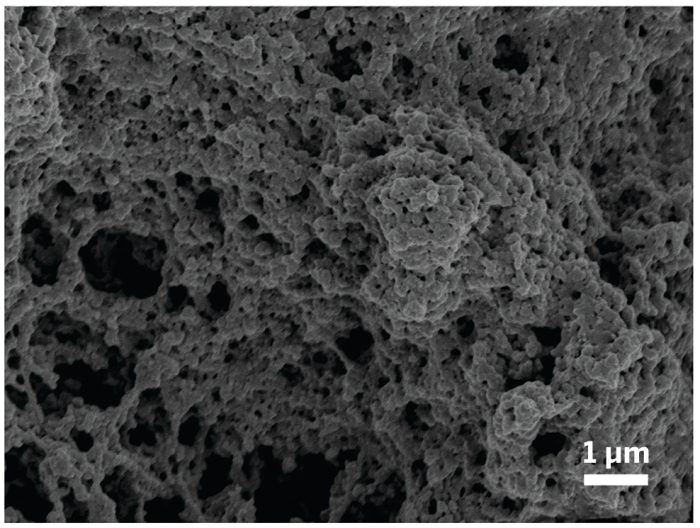 The growing problem of antibiotic resistance is driving some researchers to seek alternative strategies for battling infectious microbes, including approaches that block bacteria from doing harm but don’t necessarily kill them. One way to do this uses peptides that interfere with bacteria’s chemical language system, known as quorum sensing. Now, researchers have created a nanoporous material that secretes these peptide inhibitors over time (ACS Biomater. Sci. Eng. 2015, DOI: 10.1021/acsbiomaterials.5b00313). Such materials could be developed into coatings for medical implants, where inhibiting quorum sensing could help prevent infections without promoting antibiotic resistance.

Quorum-sensing inhibitors (QSIs) can prevent bacteria from switching on the genes necessary to excrete toxins, form sticky biofilms, or carry out a full-blown attack on a host. Because the ability to participate in quorum sensing is not essential to bacteria’s survival, the microbes experience less evolutionary pressure to develop resistance to compounds that inhibit such communication, says chemist Helen E. Blackwell of the University of Wisconsin, Madison. 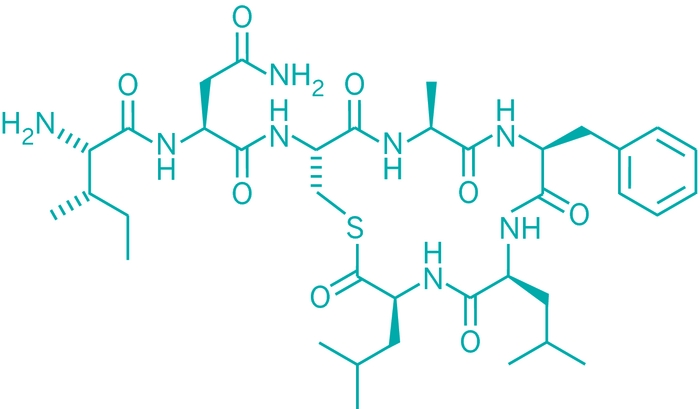 Blackwell and colleagues had previously designed a macrocyclic peptide that is a potent inhibitor of quorum sensing in Staphylococcus aureus, a major cause of antibiotic-resistant infections in humans (J. Am. Chem. Soc. 2013, DOI: 10.1021/ja3112115). These peptides are unstable in aqueous environments and prone to rapid degradation by proteases in the body.

In the new work, Blackwell, along with colleague David M. Lynn, led the effort to design a polymer coating that could protect and slowly release the QSI. They used a method called covalent layer-by-layer assembly to create a multilayered film composed of alternating layers of branched polyethyleneimine and poly(4,4-vinyldimethylazlactone). The layer-by-layer method can deposit polymer coatings on a variety of complex surfaces, such as woven fibers and the inner surfaces of tubes, which could come in handy for medical device applications down the road, Lynn says.

The team then loaded the micro-and nanosized pores of the polymer film with the QSI by placing a drop of the peptide solution onto the film and allowing it to dry. The coating is extremely water repellent, even after loading with QSI, which helps the peptide stay intact. The researchers show, in two separate assays, that the material is able to release the QSI continuously over a period of at least eight months and inhibit quorum sensing in S. aureus for at least 40 days.

The material’s ability to protect the peptides is significant, says Michael J. Federle of the University of Illinois, Chicago. The sustained release of relevant levels of QSIs over such a long period of time, he adds, is “a big leap forward.”

Although the ultimate goal is to apply materials such as these in medical and industrial settings, researchers will have to conduct more extensive studies on the film’s mechanical properties and the QSI concentrations needed for various applications, Lynn says. For now, his team will continue to focus on building up a toolbox of different inhibitors and materials.

Comments
Dr. Richard H. Fish, LBNL, UC Berkeley (September 16, 2015 3:05 PM)
What about a tyrosine in place of phenylalanine, since there must be a molecular recognition aspect that occurs between the peptide and the bacteria that allows this inhibition phenomena. The phenol OH group has the ability to H-bond to functional groups on the surface of the bacteria, that could increase the molecular recognition process. The example is G-protein coupled receptor peptides, where the phenol OH plays a significant role in signal transduction (message paradigm). See: Organometallics 2015, 34, 4117. Dr. R. H. Fish
Reply »