Giant company, called DowDuPont, will be a leader worth $130 billion in materials and agriculture 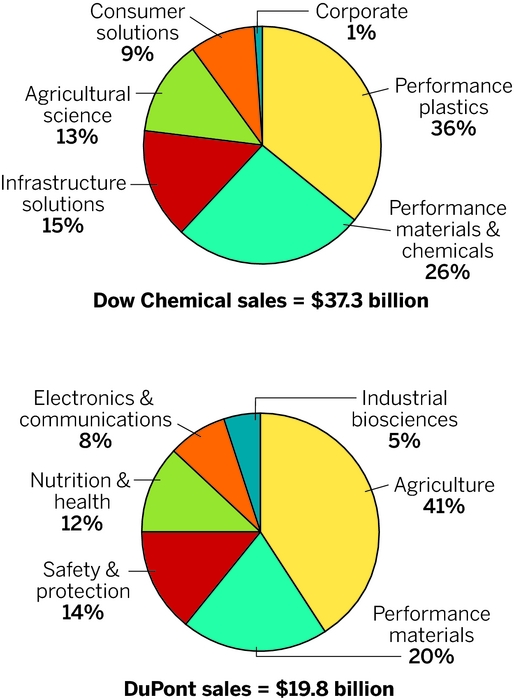 Culminating a week’s worth of speculation and suspense, Dow Chemical and DuPont have announced the largest-ever merger between two chemical companies. The new firm, to be called DowDuPont, will be worth $130 billion on the basis of current stock prices of the two firms.

DowDuPont will have annual sales of about $83 billion and pre-tax profits of $15 billion. Dow’s Chief Executive Officer Andrew N. Liveris will serve as executive chairman of the new firm. Edward Breen, now DuPont’s CEO, will become the new company’s CEO. Because the firms are of similar value, the transaction will be a merger of equals, with shareholders of each company getting shares of the new DowDuPont.

However, DowDuPont won’t be around long. It intends to split into three separate firms—one focused on agrochemicals and seeds, another on materials, and a third on specialty chemicals. Executives hope to create these firms 18 to 24 months after the Dow-DuPont merger is complete, expected in the second half of 2016.

“This transaction represents a tectonic shift in an industry that has been evolving in the last many years, and it is a culmination of a vision we’ve had for more than a decade to bring together these powerful innovation-driven ag and material science leaders,” Liveris said in a conference call with investors this morning.

Getting all their big news out at once, Dow announced a $4.8 billion buyout of Corning’s stake in the Dow Corning silicones joint venture, and DuPont unveiled a 10% reduction in its workforce, a move meant to save $700 million in annual costs. 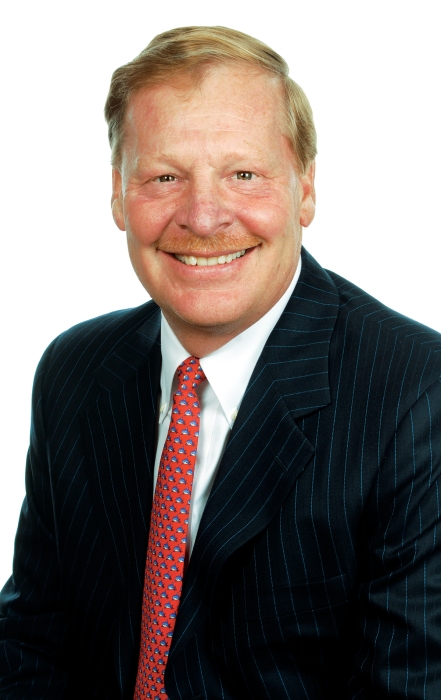 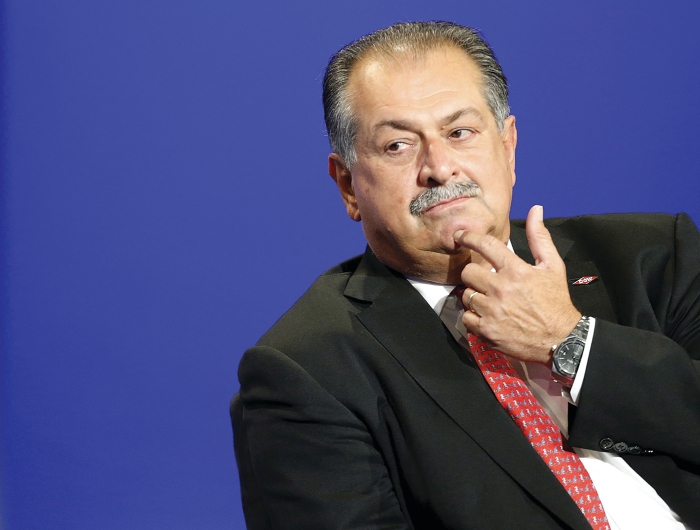 DowDuPont plans additional cost cutting once it is formed. Executives estimate the combined firm will achieve $3 billion in savings as well as $1 billion in growth synergies.

About 10% of the cost cutting will come from R&D, mostly in agriculture, where executives see redundancies in work on seed traits. When an analyst pointed out during the conference call that the cuts appeared low relative to the combined firm’s expected $3.6 billion in annual R&D spending, Breen remarked, “You don’t want to affect the future growth of these businesses.”

Of the three companies that will spin out of DowDuPont, the largest will be the materials science firm, which will have an estimated $51 billion in sales. It will combine Dow’s plastics business, a leader in polyethylene and elastomers, with DuPont’s materials unit, which makes engineering polymers and ethylene copolymers.

Executives boast that the two companies have complementary offerings in packaging, especially in multilayered structures, where, for example, DuPont’s Surlyn resin might be used with Dow’s linear low-density polyethylene. The companies also say their businesses pair well in automotive applications, with Dow specializing in materials for car interiors and DuPont proficient in plastics for under-the-hood applications.

The combined agriculture firm will have $19 billion in sales, evenly balanced between seeds and crop protection chemicals. It will be the sales leader in the sector, ahead of rivals Monsanto and Syngenta. However, other deals may be in the offing. Monsanto, for instance, made an unsuccessful bid for Syngenta earlier this year. The DowDuPont announcement may put pressure on other companies to combine.

The specialty products firm, with about $13 billion in projected sales, will combine Dow and DuPont businesses in electronic materials. It will also get the Dow Corning silicone’s business.

DuPont’s safety and protection unit, which makes well-known brands such as Tyvek and Kevlar, is earmarked for this company as well. Other parts of the specialty products firm will also come from DuPont, including health and nutrition—largely the old Danisco—and industrial biosciences.

Until the three firms are spun off, Liveris will have oversight over the businesses designated for the materials unit, while Breen will be responsible for agriculture and specialty products.

Although the two companies share some markets, Dow and DuPont executives say they don’t expect regulators will force them to make many divestitures before approving the merger. “We do go into the same markets in different spots, but we don’t go head-to-head with each other today,” Dow Chief Operating Officer James R. Fitterling tells C&EN.

In a note to clients, Credit Suisse stock analyst John P. McNulty said he doesn’t see much overlap between the two firms, except perhaps in agriculture. “We believe the likely place we will see some divestitures is in herbicides,” he wrote.

The combined firm will have dual headquarters in Midland, Mich., and Wilmington, Del., where Dow and DuPont, respectively, are now based. The companies have yet to make a determination about the headquarters of the three new firms or the fate of facilities such as Dow’s Philadelphia-area R&D center or both companies’ facilities near Detroit.

Investors were excited over rumors earlier this week that the two firms would combine, sending the stock prices of each soaring by 10%. Wall Street has since cooled somewhat, and DuPont and Dow shares declined in early trading on Dec. 11, when the deal was formally announced, by 5% and 2%, respectively.

Nelson Peltz, an activist investor who has been prodding DuPont to break up, and Daniel S. Loeb, who has been doing the same for Dow, have yet to weigh in on the merger. However, a year ago, Loeb agreed not to publically criticize Dow, an agreement that will expire in the coming days.

Recent weeks have seen deal mania in chemistry. Just last month, Pfizer and Allergan agreed to merge into a company worth $160 billion. Like the Dow-DuPont deal, that one involves a possible corporate split later on to form separate companies, one focused on innovative products and the other on generic drugs.

Comments
Cynthia Runkel (December 16, 2015 3:55 PM)
Will this affect any of your products in terms of discontinuing or modifying availability? Will this affect your manufacturing sites by moving or closing sites?
Reply »

Frank C. DiLego (December 16, 2015 4:24 PM)
I am a retired industrial analytical chemist. I am old enough to know that "savings and synergies" are code words meaning baloney. Any savings will come by reduction in older employees in the form of some type of retirement incentives. The executives, from both companies, who retire will get massive golden parachutes. The wise guys who came up with the whole scheme will get massive bonuses to pay for their yachts as they sail off into the sunset laughing all the way. Just saying.
Reply »

Dick (December 16, 2015 9:56 PM)
Old DuPont was dying when one read of the tragic accidents and fatalities at DuPont facilities. Not my father's DuPont. Sad for employees and a wake up call for the profession if one is still needed
Reply »

Phil Jenkins (December 17, 2015 11:16 AM)
Thousand of jobs and communities will be negatively affected by this.......they always are...........corporations have a Social Responsibility to their employees and the communities where they reside.........that seems to have been lost in favor of short term profits and enriching some executives .......plowing companies under does not help our economy............this will result in the loss of thousands of jobs and frozen pensions.........
Reply »

Edward Pierre Sierras (December 17, 2015 6:02 PM)
Skip the boiler-plate and PR gimmicks: What's going to happen to the former Dow-Corning Corporation? Will the US 10 Corporate research/complex and the administrative corporate complex @ Bay Cities Uptown be repurposed, or will they become collateral damage from the merger? Thousands of residents of the Great Lakes Bay Region want to know! The current employees @ those two sites are especially concerned over the status of their jobs!!!
Reply »

James (Jay) D Jeffries (June 23, 2016 11:57 AM)
I WORKED FOR DUPONTS(FORT MADISON IOWA) for 39.7 yrs. I know what they are capable of.My only concern is about my pension. And about my wife's survivor pension. Please send me the outcome.
Reply »