With production of farnesene scaled up, profitability is the firm’s next hurdle 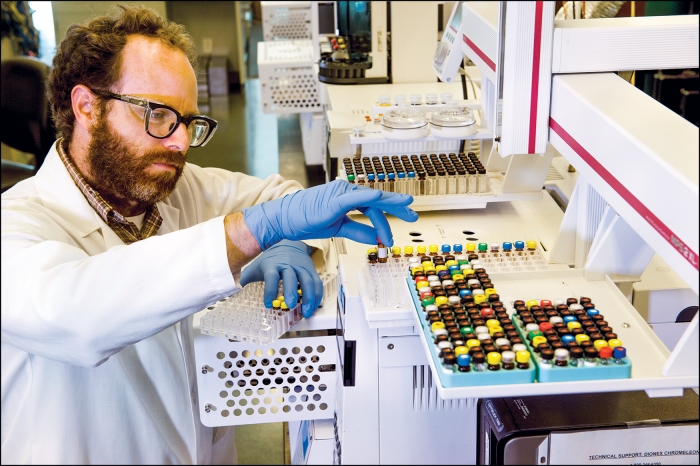 Credit: Amyris
A worker at Amyris screens products made by microbes.

For biobased chemical firms, reaching commercial-scale production is a huge milestone and a trial by fire. Amyris, which was founded in 2003 as a lab-based start-up, is one of very few firms that have made it.

Amyris at a glance 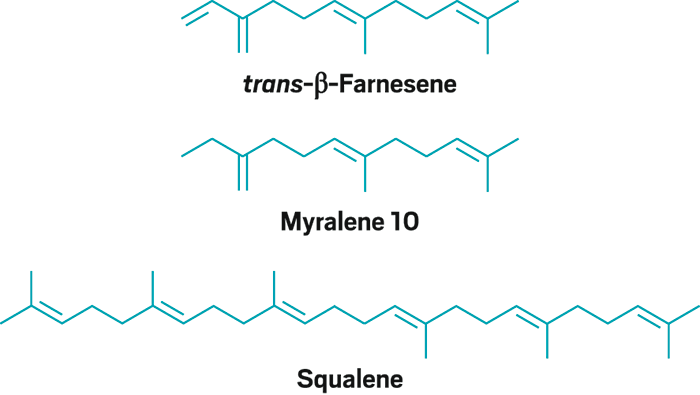 Starting in 2013, Amyris has ramped up output of specialty chemicals based on farnesene, a microbially produced terpene, in Brotas, Brazil, with partner Bunge. Farnesene, and molecules fashioned from it, is being used in both industrial applications and high-margin fragrances and cosmetics. Last month, the company even launched Biossance, its own brand of moisturizer, on the Home Shopping Network.

To be sure, getting those big Brazilian fermentors bubbling is an impressive accomplishment. But the company also must show that it can make money. At a time when many firms would be narrowing their focus and trying to get profitable, Amyris continues to expand its vision.

Amyris, which went public in 2011, reported a net loss of $218 million last year on revenues of $34 million. On a conference call with analysts earlier this month, Chief Executive Officer John Melo made an ambitious forecast: Revenues from product sales and collaborations will reach $90 million to $105 million in 2016, or three times last year’s take.

Brushing aside the 2015 loss, Melo said Amyris is already in gear. “We are delivering better-performing products that are competitively priced and provide our partners the most confident path to delivering innovation to their consumers.”

Amyris continues to have a lot of supporters who are optimistic about its long-term prospects. Last year, it was able to convert $175 million of debt to equity. That means the investors who loaned the money will now be paid back only if the company becomes more valuable. It also has raised $82 million in new capital. Last month, attendees at the Advanced Bioeconomy Leadership Conference voted Amyris the “hottest company in the advanced bioeconomy.”

Amyris is working on several fronts to be worthy of that praise. It is decreasing its cost per liter of farnesene by developing new yeast strains. Costs have dropped to $1.75 per L from about $4.00 in 2014. It is moving a larger bulk of its output into commercial products. And it is pursuing opportunities to collaborate on new molecules.

Indeed, demand for flavor and fragrance molecules made from farnesene is so high that Amyris is planning a new production line dedicated to meeting it.

The strategy appeals to Jeffrey Osborne, a stock analyst at investment bank Cowen & Co. “Record-low farnesene production costs and the continued launch of consumer products gives us confidence in our stock assumptions going forward,” he wrote in a note to investors.

In its early days, Amyris planned to sell its farnesene into the fuels market. Five years ago, it diversified into chemicals, and now its fuel plans are on hold.

“The cool thing is farnesene turned out to be a great starting-point molecule,” says Joel Cherry, president of R&D at Amyris. “It’s a branched-chain alkane. Organic chemists would know exactly what to do with it, and its price is very competitive.”

Amyris is collaborating with Total to supply farnesene for use in specialty fluids and chemicals. Cray Valley, a subsidiary of Total, plans to introduce an adhesive product made with farnesene this year. A polymer based on the compound will find its way into longer-lasting tires thanks to a partnership with Kuraray.

Melo said he hopes to add two to three new agreements a year. He anticipates that more industrial firms will want to develop renewable products made with low-priced Brazilian sugar.

With oil at $40 per barrel, Amyris also highlights its successes in markets where it does not have to compete with petroleum. For example, it has delivered batches of two farnesene-derived fragrance ingredients—one is patchouli scent—to Firmenich and Givaudan to replace difficult-to-source plant extracts.

Amyris has also developed its own products based on farnesene. It makes Biossance with the emollient squalene, its farnesene-based replacement for a substance normally sourced from shark liver or olive oil. Amyris also sells a pleasant-smelling grease-busting hand cleaner called Muck Daddy.

Although potential applications abound, Amyris has faced a lag time getting its molecules into finished products. “The whole concept of a drop-in replacement is a myth,” Cherry admits. “Understanding the specifications for a product is critical.” Even 99% pure bioderived farnesene may contain an unacceptable contaminant.

It’s not surprising that Amyris is focusing on low-cost production and quality control. But what is surprising is that Amyris has no plans to dial down spending on innovation. Indeed, it plans to enter still more markets.

Amyris has projects under way in nutraceuticals and beverage ingredients. It has two collaborations with pharmaceutical firms, an outgrowth of Amyris’s first commercial success, a fermentation route to the malaria drug artemisinin. Intriguingly, Melo said Amyris is “in the early development of applying our technology to address the Zika- and malaria-carrying mosquitoes.”

In addition, Amyris has entered a four-year, $54 million collaboration with the Defense Advanced Research Projects Agency. The project aims to further develop the ability of synthetic biology to create new molecules of interest, Cherry says. “They might be superhydrophobic coatings on ships, chemicals for sensors and detectors, or protective fabrics.”

In the small ecosystem of biobased chemical firms, Amyris is often compared with the algae producer Solazyme, now called TerraVia, and the synthetic biology process developer Genomatica. But it is the only one tackling manufacturing and product development while prospecting for new molecules and platforms.

TerraVia recently made the difficult choice to abandon not only fuels but also industrial chemicals. It will now focus on food and personal care ingredients. Genomatica has avoided making any investment in manufacturing. Instead, the company licenses its processes to larger firms such as BASF.

To meet its goal of tripling revenues this year, Amyris will need to hit home runs with several product introductions. Whether it can do that while devoting resources to its many new enthusiasms remains to be seen.

Asked if he thinks Amyris will have to make tough choices in the future, Cherry says he hopes not. He likens Amyris to an enzyme company that sells products for detergents, biofuel production, animal feed, and leather treatment.

“The beauty is it all uses the same technology platform—yeasts or engineered microbes that produce molecules,” he says. “It’s all the same base technology.”