Two chemist founders seek to repeat their success with Flexus 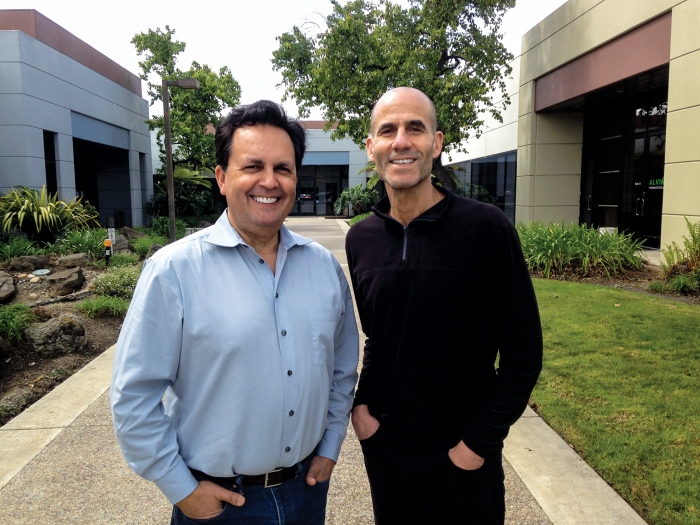 Coming out of so-called stealth mode, Arcus disclosed that it has raised $120 million in venture capital funding—about $50 million soon after it was formed in May 2015 and another $70 million last month. Backers include Celgene, Novartis, The Column Group, DROIA, Foresite Capital, GV (Google Ventures), Invus, Stanford University, and Taiho Ventures.

Like Flexus, Arcus is developing compounds in the burgeoning field of immuno-oncology. Unlike Flexus, which focused exclusively on small molecules, Arcus has both small molecules and antibodies in its pipeline.

Terry Rosen, who founded both firms with partner Juan Jaen, says Arcus has about 40 employees, most of whom are scientists and many of whom have known each other for decades. The company is hiring Ph.D.s and postdocs and hopes to have 60 employees at its Hayward, Calif., site by the end of the year. “We’re big fans of science—and chemistry in particular,” Rosen says.

All of Arcus’s intellectual property was generated internally, Rosen says, with the exception of some basic technology licensed from Stanford University chemistry professor Chaitan Khosla.

The company’s first three compounds are small molecules intended to disrupt enzymatic conversion of ATP, released by dying cells, into adenosine. Whereas ATP is a signal to the immune system to mount an inflammatory response against cancer, adenosine tells the immune system to stand down, Rosen says. He expects two compounds to be in clinical trials in 2017.

Arcus intends its antibodies, still in the discovery phase, to work in concert with small molecules as part of immuno-oncology combination therapies. The firm’s medicinal chemistry team is entirely in-house. Antibody discovery is in collaboration with the contract research firm LakePharma.

Working in both chemistry and biology, Rosen explains, will allow Arcus to maintain its independence and only partner where it makes sense. “We’re trying to build a long-term, sustainable company,” he says.