A life-cycle look at plant-based plastics

A new model calculates the greenhouse gas emissions from different kinds of plastics and their feedstocks.

[+]Enlarge
Credit: Shutterstock
Polylactic acid’s greenhouse gas emissions are lowest if you bury it, instead of composting it. 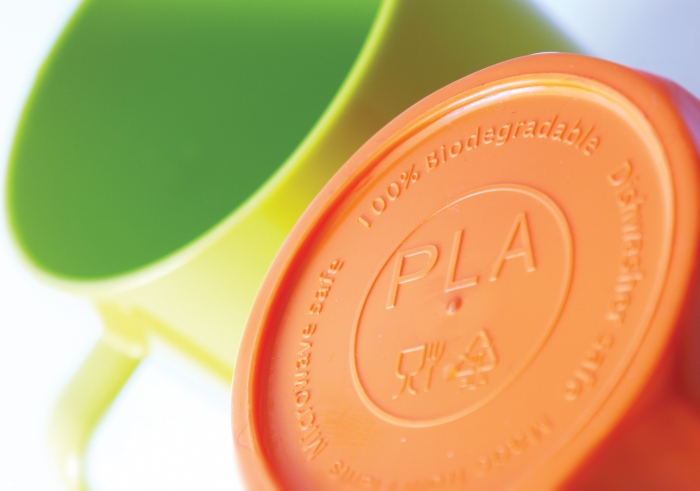 Credit: Shutterstock
Polylactic acid’s greenhouse gas emissions are lowest if you bury it, instead of composting it.

Researchers have worked for decades to develop plant-based plastics, which are made from renewable feedstocks and in some cases have the potential to biodegrade. But the greenhouse gas emissions associated with the manufacture and disposal of such plastics can be higher than their petroleum-derived counterparts. So it’s not immediately obvious which plastic is the greenest choice. A new analysis of the complete life cycle of several kinds of plastic derived from different feedstocks offers manufacturers and policy makers a way to compare these options (Environ. Sci. Technol. 2016 DOI: 10.1021/acs.est.5b05589), turning up some counterintuitive results.

Policies in the U.S. have encouraged the use of corn, especially, in making biodegradable and compostable plastic food containers, for example. But corn and other potential feedstock crops require energy and other resources to grow. A major component of this is fertilizer, which has its own associated greenhouse gas emissions. So determining the emissions from different plastic options is not a straightforward process.

Previous studies have addressed this question, but they have left out emissions related to the extra land needed for corn production, for example, or they haven’t considered what would happen if manufacturers replace corn with switchgrass as a feedstock. The new study considers more scenarios than previous work, researchers not a part of the study say.

For the new model, a team led by graduate student Daniel Posen of Carnegie Mellon University compared three types of bio-based polymers in the US – polylactic acid (PLA), polyhydroxybutyrate (PHB), and bioethylene-based plastics – to standard plastics like polyethylene, polypropylene, and polyethylene terephthalate, made with fossil-fuel products. They considered greenhouse gas emissions from the production of the raw materials, through the plastics’ manufacture, and at the end of the plastics’ lifetime--when they might get sent to landfills, burned to make energy, recycled, or, in the case of PLA and PHB, composted.

The team found that using switchgrass as a raw material saves the equivalent of 2.9 kg and 3.4 kg of CO2 emissions per kg of plastic for PLA and bioethylene, respectively, compared with petroleum-derived polystyrene and polyethylene, while corn only offsets up to 1.4 kg and 0.6 kg of CO2.

Switchgrass-based polyethylene has the lowest greenhouse gas emissions of all the polymers considered, if the excess energy generated during the bio-polyethylene manufacturing process gets used and not wasted. Otherwise, switchgrass-based PLA is the overall winner, but, somewhat counterintuitively, only if it’s buried in a landfill. “You can lock up that carbon,” Posen says, under the right landfill conditions, effectively sequestering it instead of allowing it to break down and release the plant carbons to the atmosphere.

This model should let manufacturers and others decide which feedstock to use to make which plastic, notes Sabrina Spatari of Drexel University in Philadelphia. The work “points out that from the production side and excluding the waste management side, you have a number of biopolymer options that are favorable compared to oil feedstocks.” The study also shows that the end-of-life emissions really matter, she notes.

Switchgrass has yet to be adopted at large scales for making bioplastics in the U.S. But in terms of making green choices, Spatari adds, “you could say that corn represents something you could do today, and switchgrass is the future.”

Polymers
Strong composites made by combining recycled PET with biobased monomers
Materials
Lego plants to be made from plants
Business
Lego plants to be made from plants
Share X
To send an e-mail to multiple recipients, separate e-mail addresses with a comma, semicolon, or both.
Title: A life-cycle look at plant-based plastics
Author: Naomi Lubick
Chemical & Engineering News will not share your email address with any other person or company.