Gauging the health risk of lead in lipstick

Mouse study suggests that average use of lip products may not pose major health risks from lead exposure, but heavy users could exceed limits

[+]Enlarge
Credit: Shutterstock
A new study in mice predicts that average use of lipsticks with relatively high lead content would not cause lead intake exceeding recommended health limits. 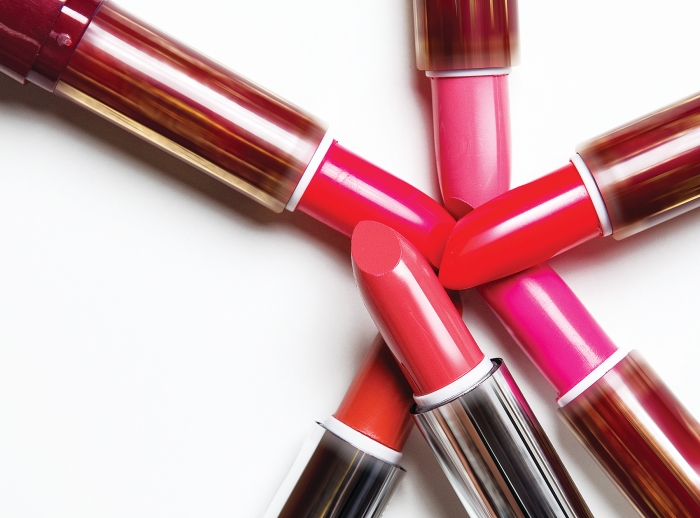 Credit: Shutterstock
A new study in mice predicts that average use of lipsticks with relatively high lead content would not cause lead intake exceeding recommended health limits.

Lead lurks in some lipsticks and lip glosses, but little is known about whether these products pose a health threat when wearers inadvertently swallow some of the product. A new study in mice by Hong-Bo Li and Lena Q. Ma of Nanjing University and their colleagues suggests that for the average lipstick user, even lip products with relatively high levels of lead may pose low risk (Environ. Sci. Technol. 2016, DOI: 10.1021/acs.est.6b01425).

The researchers tested 75 lipsticks and 18 lip glosses available in China and found lead concentrations ranging from 0.2 to 10,185 mg/kg, with an average concentration of 497 mg/kg. In comparison, previous studies have found that lipsticks in the U.S. market contain only 1 mg/kg lead on average. Further tests in mice of 15 of the products with relatively high lead concentrations revealed that some 23 to 95% of lead was absorbed in the bloodstream after ingestion. The researchers predict that an average daily use of 2.4 applications per day would lead to a daily lead intake below the maximum limit recommended by the Food and Agriculture Organization of the United Nations and the World Health Organization. However, for heavy use, more than 8 applications per day, the estimated lead intake exceeds this limit. And even with average lipstick use, the researchers point out, women may accumulate lead over time that could pose risks to a developing fetus during pregnancy.

Cheaper lip products, costing under $5, tended to have higher lead concentrations. “For those heavy users of lipsticks, it may be wise to invest in quality lip products,” says Ma.

Persistent Pollutants
Goodbye to some PFAS in food packaging
Pollution
Satellites can now see air pollution inequality within cities
Pollution
Mercury makes it deep into marine trenches
Share X
To send an e-mail to multiple recipients, separate e-mail addresses with a comma, semicolon, or both.
Title: Gauging the health risk of lead in lipstick
Author: Deirdre Lockwood
Chemical & Engineering News will not share your email address with any other person or company.

Deirdre Lockwood (June 3, 2016 12:22 PM)
Thanks, John. The researchers didn't provide name brands, but all products they tested were available in China. According to previous research (cited in the story), products in the U.S. have, on average, lead content much lower than the range researchers tested on mice in this study (1 mg/kg vs 87-~10,000 mg/kg).
Reply »