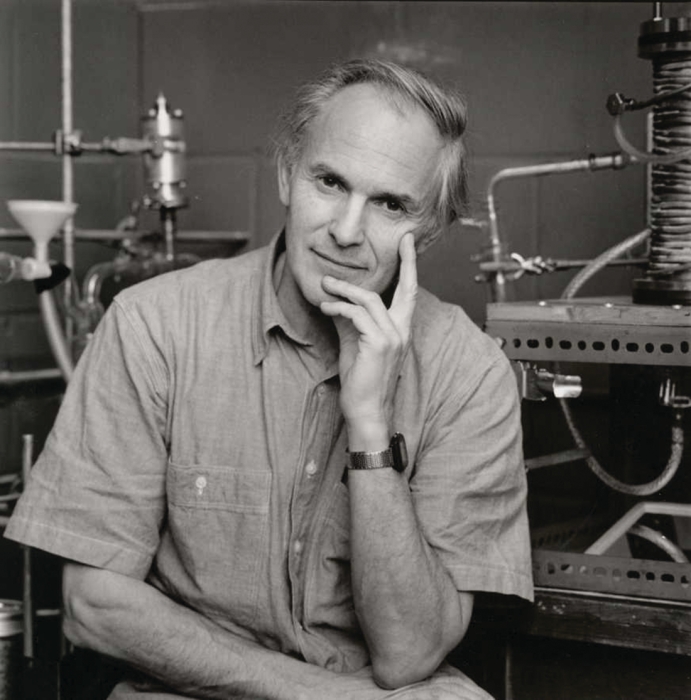 Harold W. Kroto, a chemist and science advocate who shared the 1996 Nobel Prize in Chemistry, passed away over the weekend at the age of 76.

Kroto, along with Richard Smalley and Robert Curl, garnered the Nobel Prize for their discovery of buckminsterfullerene—a soccer-ball-shaped molecule of 60 carbon atoms also known as a buckyball. The discovery was greeted with both enthusiasm and skepticism, noted the Nobel Prize committee when announcing the 1996 prize: “No physicist or chemist had expected that carbon would be found in such a symmetrical form other than those already known.”

For Kroto, who was a chemistry professor at the University of Sussex at the time, the finding proved to be a diversion. “The discovery of C60 in 1985 caused me to shelve my dream of setting up a studio specializing in scientific graphic design,” he wrote in his Nobel Prize autobiography. “That was the downside of our discovery.”

Kroto devoted much of his time to fostering the public’s understanding of science. In 1995 he helped establish the Vega Science Trust, a television and Internet video series with the goal of providing “a brightly lit platform for scientists to communicate with an authentic voice directly to the public, without media interference, on topics that excite them and on issues that concern them,” he told C&EN in an interview in 2002. Later, Kroto initiated the Global Educational Outreach for Science, Engineering & Technology, or GEOSET, which is a collection of freely accessible online educational material.

“Harry very much became the embodiment of the hopes of Alfred Nobel, with a better, more peaceful world being brought about through the dissemination of science,” says Thomas Albrecht-Schmitt, a chemistry professor at Florida State University, where Kroto moved in 2004. “He had very high ideals, and challenged everyone he engaged to discover what their own ideals are, and to become better people.”

“My advice is to do something which interests you or which you enjoy,” Kroto wrote in his Nobel autobiography, “and do it to the absolute best of your ability. If it interests you, however mundane it might seem on the surface, still explore it because something unexpected often turns up just when you least expect it. With this recipe, whatever your limitations, you will almost certainly still do better than anyone else.”

Comments
Robert M. Metzger (May 2, 2016 4:11 PM)
What a loss... Harold was funny, supportive, insightful, and a very dear friend. It is for us the living to remember our colleagues, and, more importantly, to remember what they gave us and told us, and to "carry on".
Reply »

Jean Paddock (May 4, 2016 1:37 PM)
I found Harry Kroto to be inspirational when I met and heard him speak during a Lindau nobel laureate/student meeting in the early 2000's. What a gift of empowerment he gave to us as young scientists! May we all live up to his ideals in our careers.
Reply »

Jean Fuller-Stanley (May 4, 2016 1:40 PM)
This is a great lost not just to the Chemistry community but to the science education community as a whole. I had the distinct pleasure of meeting Dr. Kroto when he was the keynote speaker at William Paterson University's Undergraduate Research Symposium. He was most at home interacting with the students. I know he made a positive difference to all the students he met that day in 2014. A great loss to the scientific community. My deepest condolences to his family, friends and colleagues.
Reply »

Roy Tom Coyle Jr (May 4, 2016 1:53 PM)
This loss saddens me and brings to mind fond memories of a gracious, generous and insightful man. I first met him on the UCLA campus in early 1991 to discuss with him participating in an ACS meeting in New York on new uses for carbon. I was thankful that he consented to share his work with us in that meeting in the Fall of 1991.
Reply »

Sivaram Arepalli (May 4, 2016 2:13 PM)
All of us will miss his passion to teach NANO to young children. That will remain his legacy beyond the Nobel prize. We all need to continue the work started by him and our dear friend Rick Smalley.
Reply »

John P. Fackler (May 4, 2016 2:23 PM)
Harry was a superb contributor to a Science Education Gordon Research Conference held in Oxford. He had a strong role to play in science education as well as basic science. Only Bob Curl now remains alive of that "Bucky Ball" 1996 Nobel group.
Reply »

Sean OBrien (May 4, 2016 3:48 PM)
Harry Kroto was one of the most outstanding scientists in history because he understood at a fundamental level that joy and laughter are a crucial piece of the puzzle of science. The most important thing he taught me during our work together was to laugh.
Reply »

Walter (May 4, 2016 5:49 PM)
Harold W. Kroto will truly be missed. A great scientist who brought a novel view into the visual aspects of science. I was fortunate enough to be at one of his lectures, and it was truly inspiring.

Michael Thomas Deans MA MSc (May 4, 2016 7:04 PM)
When Harry Kroto announced 'Buckyballs', I noted they resembled the truncated icosahedra I made as a child for Xmas tree decorations. An anomalous observation in 1967 was ridiculed for reminding my supervisors of Kurt Vonnegut's fictional 'ice nine'. Corroboration by recent reports of a phase transition at 72 Kelvin in 'ice XIc' justified publication of 'Science Uncoiled'. It returns science to its simplicity before Michelson and Morley, describing in plain English the origin of life, how trace element supplements prevent diseases, how the brain works and ways to combat climate change. I invite all scientists to review their work from this perspective.
Reply »

Dr Mukul Kumar (May 5, 2016 1:07 AM)
Kroto's discovery of fullerene added a new dimension to the knowledge of carbon science. His efforts of spreading science to children will always be remembered. As a member of Vega Science Trust and GEOSET, I witnessed his greatness and simplicity. True homage will be not just praising him but to extend helping hands to his mission project GEOSET.
Reply »

All children of the world should go
To the website of Sir Harry Kroto
For science knowledge comes your way
At www.vega.org.uk
Wherein video clips go beyond conjecture
Explaining melting ice and in Feynman lecture
Where people of every age may find
Scientific explanations of every kind
Of phenomena from light to heat
To electricity and magnetism, oh so neat
It expounds on physics, chemistry, and biology
Ending up with the latest on nanotechnology
This website he continuously fills
With science programming right up to the gills
And educational resources are there, too
With a plethora of things to do
Now, if teachers would embrace this site
O’er all the earth they’d spread the light
And so the world may know, at last
That Ex Scientia, Veritas
10.12.07
Reply »

Kishan Khemani (May 5, 2016 12:21 PM)
Very saddened by this news. Harry was a great scientist and a wonderful human being. I had the opportunity to meet him in early 90's and was quite impressed by his insightful and humble nature. He will be missed, but his discoveries will live-on for ever. RIP
Reply »

Mary Wong (May 5, 2016 5:55 PM)
Harry Kroto had such hugely insightful sensibility for this world and the universe it inhabits; this could not fail to inspire undergraduates like myself in the 80s. Thank you for Harry Kroto and thank you, Harry Kroto.
Reply »

Mariel York (May 6, 2016 4:23 PM)
Dr. Kroto gave a presentation to my middle school science students at the Smithsonian in D.C.
He interacted with the students, presented them with kits to make their own buckyballs and showed them how to keep a magnetic top spinning. He didn't "talk" to my students, but interacted with them in the friendliness way. Science class was more interesting to my students after they met Dr. Kroto.
Reply »

Uwe Blumenstein (May 9, 2016 10:50 AM)
It was my first study abroad at Sussex University in between my chemistry studies in Germany when I met Harry. I remember him as the one different from the other teachers. He had always the crazy ideas, the different perspectives and was that creative (and design!). I just was stunned. In the end he gave my a nice letter which helped me to get my first job in industry. Too rare we stayed in contact. Harry, I think of you and I miss you.
Reply »