Researchers discover that the last universal common ancestor between bacteria and archaea likely lived in a hydrothermal vent, fixed nitrogen, and relied on hydrogen and carbon dioxide 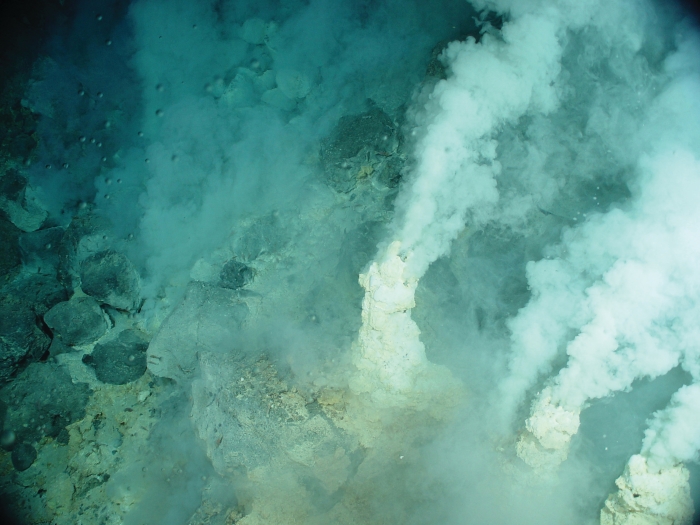 Nearly 4 billion years ago, as comets and asteroids bombarded Earth occasionally causing the planet’s oceans to vaporize, the last universal common ancestor (LUCA) between bacteria and archaea arose in what was likely a primitive hydrothermal vent.

That’s the conclusion of work by William Martin and colleagues at Heinrich Heine University Düsseldorf, in Germany. The team analyzed genomes from current bacteria and archaea species, using bioinformatics to whittle down 6 million of those organisms’ genes to a few hundred they think formed the foundation of LUCA’s lifestyle. (Nat. Microbiol., 2016, DOI: 10.1038/nmicrobiol.2016.116).

According to this set of genes, LUCA was a heat-loving thermophile that did not require oxygen for growth. Instead, the organism relied on metals such as iron and nickel to help it fix nitrogen and carbon dioxide using H2 as an electron donor. LUCA probably harnessed ion gradients for energy and used many cofactors familiar to biochemists today, including flavins, S-adenosyl methionine, and coenzyme A. In fact, this primitive organism likely lived a pretty similar existence to Clostridia bacteria and archaeal methanogens still living on Earth today.

Martin and his team “have significantly advanced our understanding of what LUCA did for a living,” comments James McInerney, at the University of Manchester, in an accompanying perspectives (Nat. Microbiol., 2016, DOI: 10.1038/nmicrobiol.2016.139). But, McInerney cautions, it’s important to remember that LUCA was not the first form of life—just the one to survive the comet and asteroid bombardments of 4 million years ago.