UPDATE: On July 29, 2016, this story was revised to clarify details about the cause of Flint’s corrosive water and the release of information about the city’s Legionnaire outbreaks.
Jump to: Legionnaires’ disease 101 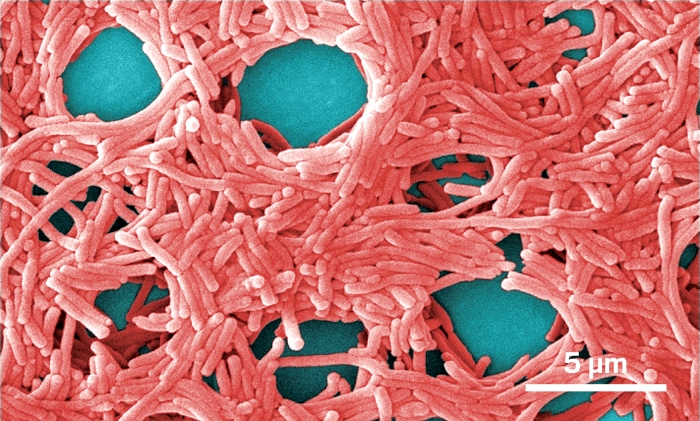 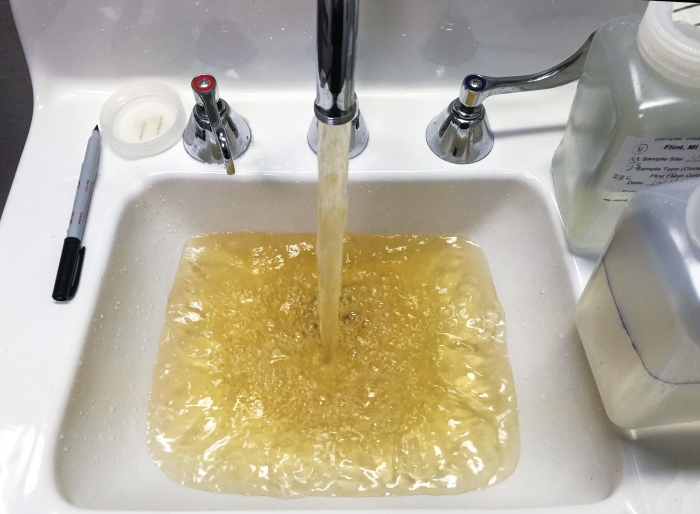 In 2014, Flint stopped taking drinking water from Detroit and instead started treating water from the nearby Flint River. After this switch, the city’s treatment plant didn’t adequately control the water’s corrosiveness, creating ideal growth conditions for deadly Legionella bacteria. The study is a wake-up call to the many cities failing to address corrosion in their aging water pipes, the authors say.

Legionnaires’ disease is a deadly pneumonia caused by inhaling Legionella bacteria that lurk in the organic matter lining drinking water pipes. “Lab-scale type studies have illustrated that corrosion in drinking water pipes can stimulate the growth of Legionella,” says Amy Pruden, an environmental microbiologist at Virginia Tech and an author of the study. Corrosive water dissolves the protective mineral lining in pipes and then leaches iron out of old iron pipes. Iron is a micronutrient that boosts Legionella reproduction. The metal also reacts with and inactivates chlorine disinfectant that otherwise would kill the bacteria.

The Virginia Tech team thought conditions in Flint were ripe for Legionella. So before the city switched back to Detroit water in October 2015, the scientists sampled Flint’s water for Legionella, iron, and free chlorine. At the time of sampling, Flint had already experienced outbreaks of Legionnaires’ disease in June 2014 and May 2015.

The researchers, led by Marc A. Edwards, collected tap water samples from homes and hospitals in and around Flint and determined Legionella concentrations using quantitative polymerase chain reaction methods. They compared the measurements to those from baseline U.S. water surveys that they and the Environmental Protection Agency carried out in the absence of outbreaks and to those from Flint buildings that remained on Detroit water.

“All this information adds up: The conditions that resulted from the switch in source water were favorable to growth of Legionella, and because of that, disease cases occurred after the switch,” says Janet E. Stout, director of the Special Pathogens Laboratory in Pittsburgh, the nation’s leading Legionella testing lab. “Water operators need to understand that when water service is disrupted, the risk of Legionnaires’ disease can go up and the community should be notified,” she concludes.

Cause: Breathing in small droplets of water containing Legionella bacteria

Fatality frequency: One in 10 cases

Water
How extreme bacteria squeeze water from a stone
Water
超高效的海水淡化
Water
How peracetic acid is changing wastewater treatment
Share X
To send an e-mail to multiple recipients, separate e-mail addresses with a comma, semicolon, or both.
Title: Legionnaires’ outbreaks in Flint linked to corrosive tap water
Author: Janet Pelley
Chemical & Engineering News will not share your email address with any other person or company.

Comments
David Crow (July 25, 2016 8:45 PM)
I would be interested in knowing the Ca Hardness, Total Alkalinity, chlorides, sulfate, Specific Conductance, pH, and temp of the two waters - Flint River and Lake Huron. This information can be used to calculate the Langlier or Rynzar Indexes that predict scaling or corrosion.
Reply »

Dennis kelly (July 26, 2016 2:02 AM)
While interesting we have known, and worked with the soluble iron issue for years in the UK. This is not knew information and there is a vast amount of experience in the UK that could help in these situations. We have had guidance and legislation in the UK for over twenty years and that has led to a wide understanding of the issues.
Reply »

Richard Rosera (July 26, 2016 1:01 PM)
The highest risk of exposure to Legionella bacteria from home water supply is through inhalation. So particular emphasis should be paid to avoid use of supplied water in nebulizers, CPAP machines and the like. Another obvious potential exposure via inhalation would be showering. Homeowners should also pay attention to notices from the water supplier concerning flushing of water supply systems (which may dislodge Legionella bacteria, as well as other harmful chemicals or organisms) and follow any instructions contained in these notices.
Reply »

Dr Gurudas Saha (July 27, 2016 2:50 AM)
If corrosion and subsequent iron leaching is the primary cause for legionella outbreak red water problems will be reported by the consumers before the outbreak.
Reply »

m siwicki (August 27, 2016 3:16 PM)
Dennis is absolutely correct, I personally distributed this information amongst members of the Southeastern Michigan chapter of APIC in 1986, identified as factors that predispose hospital domestic hot water systems as reservoirs, amplifiers, and disseminators of opportunistic pathogens.

Also, Dr. Saha, w/in days of the, residents were lodging complaints of discolored, foul smelling and "stale" tasting water. The "stale" taste is indicative of stagnated water. Where did this stagnated water come from? Surely not the refurbished water treatment plant. And the discoloration of the water could NOT have resulted from corrosion that quickly..."DEAD-LEG" scenario!!!
Reply »

Jared wells (August 31, 2016 9:37 PM)
This is very interesting, I'm curious to which type of supply lines were present also, the reason I ask is I've read that copper has natural antimicrobial properties, however I've not read how strong the properties are, and could it possibly inhibit, or destroy dangerous microbials from overtaking water we use, or is the flow rate to quick to make any noticeable difference. Were there any of the pathogens, or microbials present In homes plumbed in copper, vs. Galvanized, pvc, cpvc, pex? I would think the galvanized would be the most vulnerable to corrosion, and buildup of a biofilm after the coating erodes, Thank you.