DuPont will get FMC health and nutrition ingredients in asset swap 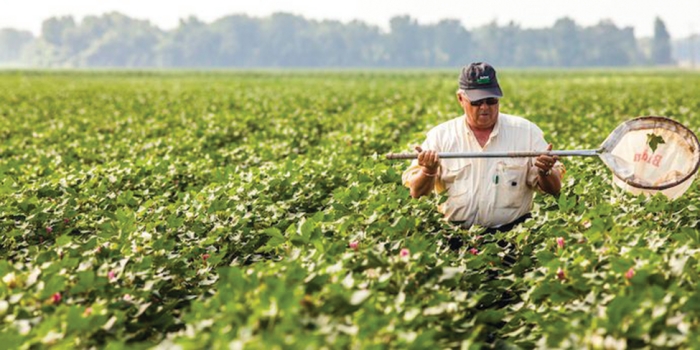 Taking another step toward completing its merger with Dow Chemical, DuPont has agreed to sell a large portion of its crop protection business to FMC.

The sale will satisfy DuPont’s commitment to the anti-trust regulators of the European Union, which gave a conditional green light to the Dow deal on Monday. In return, DuPont will receive $1.6 billion and FMC’s health and nutrition business.

The asset swap will make FMC the fifth-largest crop protection chemical company in the world with estimated annual revenue of $3.8 billion. In the deal, FMC will get DuPont’s insecticides that control chewing and sucking insects on fruit and vegetable crops, including Rynaxypyr and Cyazypyr, which together are expected to generate $1 billion in sales in this year. FMC will also get DuPont’s broadleaf herbicide portfolio for cereal crops.

Of longer-term importance, the deal transfers to FMC most of DuPont’s agriculture R&D footprint. The research organization is made up of a crop protection headquarters in Delaware, 14 regional labs, a research workforce, and regulatory staff. FMC also gets DuPont’s development pipeline of 14 active ingredients.

Overall, the DuPont crop protection businesses being sold represented roughly $1.4 billion in sales and $450 million in earnings in 2016. FMC says the products complement its broad spectrum insecticide and pre- and post-emergent herbicide portfolios.

“By combining these high-value products and R&D capabilities with our own product portfolio, pipeline, and formulation expertise, FMC will be able to serve our customers better and accelerate the pace at which we bring new solutions to the market,” says FMC CEO Pierre Brondeau.

The swap will help cement FMC’s competitive position in agriculture, says Laurence Alexander, chemical analyst at the investment bank Jefferies. He points out that FMC easily could have lost out to BASF.

“Had the assets gone to BASF, FMC would have been viewed as a stranded, lower-quality agrichemical portfolio due to investor concerns over the strength of the R&D pipeline after the current family of candidates are commercialized,” Alexander wrote in a note to investors.

Although DuPont was expected to sell the agriculture portfolio, an unexpected part of the deal is FMC’s agreement to sell its $700 million-per-year food and pharmaceutical ingredients business to DuPont. FMC produces texturing agents, such as the biopolymers carrageenan and alginates, as well as excipients used in drugs. DuPont has its own nutrition and health business that sells products such as probiotics and the food texturant pectin.

According to DuPont, the deal with FMC will happen after it completes its merger with Dow, which is now expected to occur between Aug, 1 and Sept. 1 of this year.