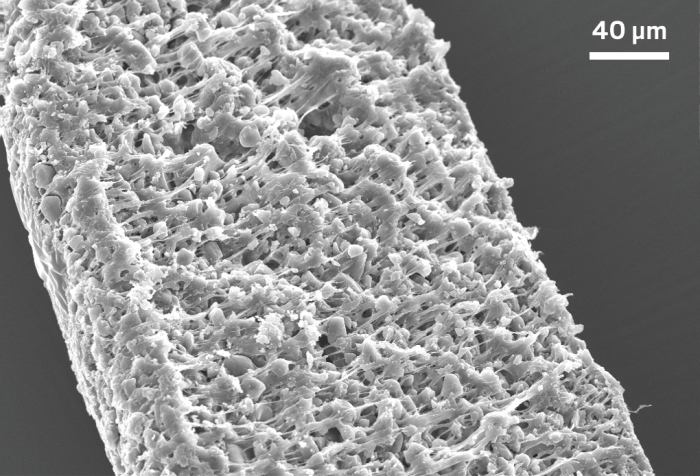 Beyond their beauty and cultural significance, ancient art objects are covered in chemicals that provide a window into their history: how they were created or used, or where they’ve been. But conservators and chemists have limited options for detecting surface chemicals without damaging the priceless works.

For several years, analytical chemist Pier Giorgio Righetti of the Politecnico di Milano and his colleagues have used chemistry to explore artistic mysteries. Recently his team studied pages from a manuscript by Russian Mikhail Bulgakov, presenting chemical evidence that the ailing physician and author was taking morphine while he finished his signature novel: “The Master and Margarita.” 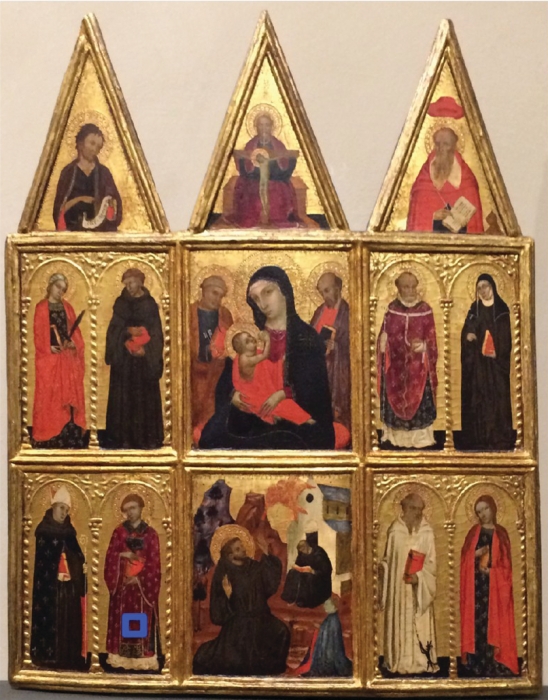 While studying the Bulgakov manuscript, Righetti and his colleagues came up with a noninvasive strategy for removing chemicals from the surface of the parchment. They developed an extruded plastic film made from ground-up hydrophobic and cation-exchange resin beads contained in an ethylene-vinyl acetate binder. They dampened the film with water and set it on the parchment surface to draw the chemicals of interest away from the paper for analysis.

In this new study, they’ve expanded the range of compounds that will stick to the film by adding anion exchange resin beads to the mix, so that strips of the film can also pick up negatively charged molecules. The researchers elute proteins from the strip with an ammonium acetate buffer, and recover dye molecules with a mixture of methanol and formic acid. Then they analyze the compounds using LC-MS.

Working with Emilio Marengo of Amedeo Avogadro University of Eastern Piedmont in Alessandria they’ve tested the new film method on parchment, but also other materials including canvas, bone, and linens.

To validate the method, the researchers first tested wood treated with known quantities of proteins used in tempera paints, and small molecule pigments. With this test, they could measure protein concentrations from surfaces treated with less than 1 ng/cm2 and dyes from surfaces with approximately 100 ng/cm2. The process removed no more than 10% of what was present on the surface, meaning the technique is noninvasive, the researchers say.

Finally the team used the technique to uncover details about historical artwork that could be useful for research or restoration. The team analyzed two 16th century frescoes and detected caseins—milk proteins, which were common binders used in paints at the time. In addition, they successfully identified the red pigment used in a 14th century wood painting as originating from the organic dye cochineal, also a common paint pigment, derived from an insect.

Another method for detecting molecules on the surface of art is surface enhanced Raman spectroscopy (SERS). SERS is also noninvasive, but it detects a smaller range of molecules than the new method. “We now believe that this EVA foil can be used universally for capturing any biological material,” Righetti says, from small molecule metabolites to macromolecules such as proteins and nucleic acids.

The film only samples a very small area of an object’s surface, which minimizes risk to the artwork. But as a result, researchers have to select the sampling area carefully so that they capture molecules of interest and avoid materials added later in the artwork’s history, such as during retouching, says Julie Arslanoglu, a research scientist at the Metropolitan Museum of Art in New York City. Because water is necessary for sampling, the technique might not be suitable for objects that are particularly sensitive to moisture, she adds.

The plastic strips do not leave any residue on the surface of the art object, the researchers say. But Arslanoglu cautions that studies will be needed to assess the long-term impact of the film on the surface chemistry and appearance of art objects.