Organophosphate ester flame retardants travel long distances, one of the properties that led to the phase-out of their PBDE predecessors 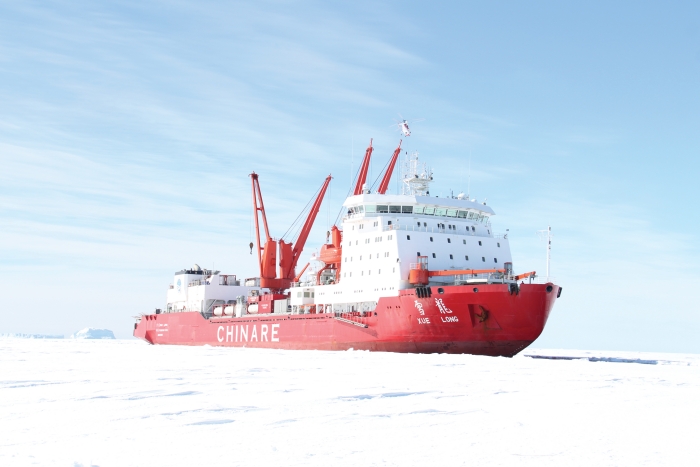 For the first time, researchers have measured a new class of fire retardants in Arctic Ocean sediments, far from the compounds’ intended end uses in couch cushions and television sets (Environ. Sci. Technol. 2017, DOI: 10.1021/acs.est.7b00755). The findings add to growing evidence that organophosphate ester flame retardants (OPEs) might have many of the same properties that led to the phase-out of their predecessors, brominated flame retardants.

After decades of research, manufacturers and regulators curtailed the use of brominated flame retardants known as polybrominated diphenyl ethers (PBDEs) in the early 2000s. Numerous studies cataloged how these compounds interfere with the endocrine systems of humans and animals and contaminate substances including mothers’ milk and arctic sediment. In 2009, the parties to the Stockholm Convention on Persistent Organic Pollutants (POPs) added two kinds of PBDEs to their POPs list. The parties determined that the compounds met the criteria: The listed PBDEs are persistent, toxic, travel long range, and accumulate in food chains.

As concerns grew over PBDEs, manufacturers turned to OPEs as alternative flame retardants, but scientists are concerned that these replacements may also meet the Stockholm Convention’s criteria for POPs. Not much is known about the human health effects of OPEs, yet some governments have listed them as cancer-causing agents, and in vitro and animal data suggest that the compounds may be endocrine disrupters—so they may meet the criterion of toxicity. They do not appear to increase in concentration as they move up the food chain, although like the brominated retardants they are replacing, OPEs readily escape into the environment and have been found in fish and in human breast milk, research shows.

But gaseous OPEs readily break down in sunlight with a half-life of less than two days. Therefore researchers initially assumed that the retardants did not meet the criteria of persistence and long-range travel. “However, other researchers have reported OPEs in arctic air, suggesting that they are transported long distances as are traditional POPs,” says Yuxin Ma, an environmental chemist at Shanghai Ocean University. Because no one had looked for OPEs in Arctic marine sediments, Ma and her team decided to investigate.

The scientists sailed aboard an icebreaker from the Bering Sea to the Arctic Ocean as part of the fourth Chinese National Arctic Research Expedition in 2010, scooping up sediments along the way. At the same time, they tracked flame retardants in the air (Env. Sci. Technol. 2012, DOI: 10.1021/es204272v). Back in the lab, Ma’s group measured OPEs and PBDEs in the sediment using gas chromatography and mass spectrometry.

The scientists detected OPEs in all the samples, ranging in concentration from 159-4658 pg per g dry sediment, higher than DDT levels noted in earlier research on arctic sediment. The samples that Ma took from the central Arctic Ocean posted the highest average amounts of OPEs in the study. “These concentrations of OPEs are 5 to 10 times higher than the levels of PBDEs that we found, suggesting that OPEs are just as prone to long-range transport as PBDEs are,” Ma says. She speculates that by adsorbing to solid particles in air, OPEs hitch a free ride to the Arctic, shielded from destruction by sunlight. Her shipmates who detected flame retardants in the arctic air also found OPEs at higher levels than PBDE concentrations on air particles. Taken together, the evidence suggests that OPEs are more efficiently transported to arctic sediments than PBDEs.

“This study contributes to a wider view of long-range atmospheric transport than found in the Stockholm Convention,” says Roland Kallenborn, an environmental chemist at the Norwegian University of Life Sciences. OPEs are not classic POPs because on their own they have a short half-life and easily degrade in sunlight. But nonetheless they make their way to remote arctic sediments, raising the question whether the Stockholm convention’s way of evaluating chemicals’ long-range transport should be changed to account for other ways of transport besides just the pure chemical moving on its own, he concludes.

CORRECTION: This story was updated on April 6, 2017, to reflect that organophosphate esters are flame retardants, not fire retardants.

Share X
To send an e-mail to multiple recipients, separate e-mail addresses with a comma, semicolon, or both.
Title: Flame retardant replacements migrate to arctic sediment
Author: Janet Pelley
Chemical & Engineering News will not share your email address with any other person or company.