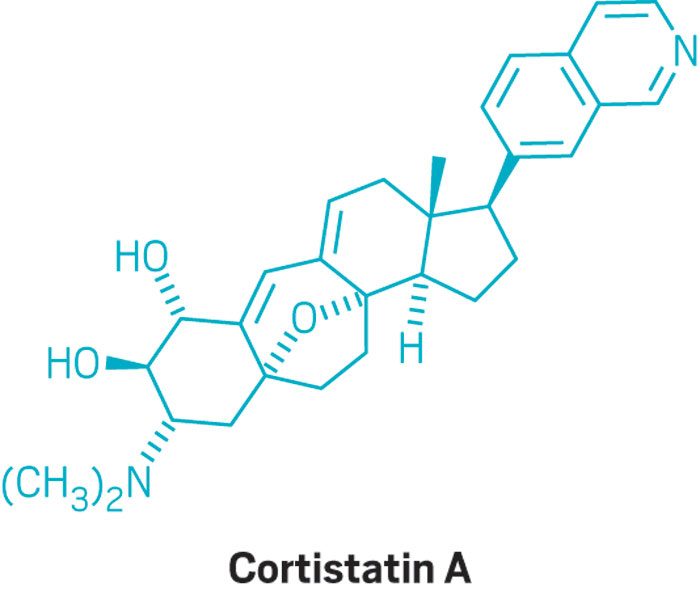 A former Harvard University postdoctoral researcher has sued the university for his share of $20 million that Merck & Co. paid Harvard in 2016 to license preclinical compounds to treat leukemia. At the time, the license fee was called the largest ever for a technology developed at Harvard. 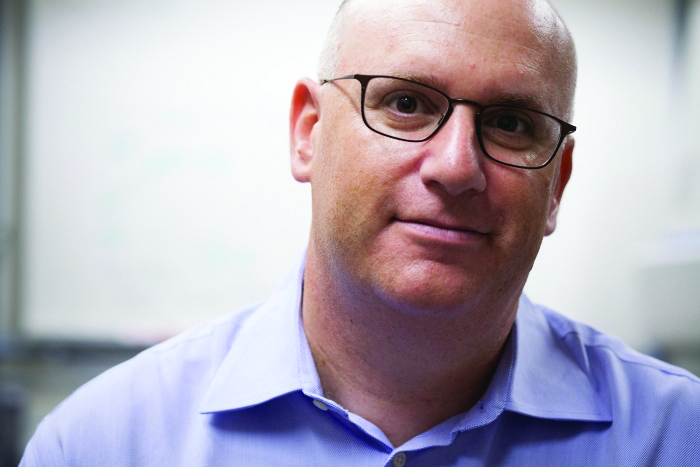 The researcher, Alexander Arefolov, worked in the lab of Harvard chemist Matthew Shair between 2011 and 2015. He claims that he was intentionally left off a patent covering the compounds, which are derivatives of cortistatin A.

The patent, which Harvard applied for in 2016, names five scientists, including Shair, as inventors. It details steps to synthesize derivatives of cortistatin A, a complex, difficult-to-isolate natural product from sea sponges.

The suit, filed in U.S. federal court for the district of Massachusetts, doesn’t specify the amount of damages Arefolov seeks. However, his attorney, Brian D. O’Reilly, tells C&EN that Arefolov should at a minimum get his share of the $6 million that went to the patent inventors as well as any future milestone payments Harvard may receive.

At Harvard, inventors are entitled to about 35% of any royalties or license fees stemming from a patent. The university keeps the rest.

According to the suit, Shair invited Arefolov, a Boston University-trained Ph.D. chemist, to join his group at Harvard to work on cortistatin A. Arefolov’s suit claims he was the only chemist devoting 100% of his time to the project and that he took the job at lower pay compared to what he would get in industry “in the hope that he would receive patent royalties from his work.”

The suit claims Shair told Arefolov that “inventors at Harvard University receive 35% of any license fee. If the project is successful, you will receive your fair share.” The suit says Arefolov “believed that Dr. Shair would look out for Dr. Arefolov’s best interest and ensure his contributions were recognized in any future patent.”

Arefolov, the suit charges, “was a part of the creative team that created theoretical as well as actual cortistatin A analogs,” yet “Dr. Shair excluded Dr. Arefolov as an inventor to increase [Shair’s] monetary return.”

Arefolov isn’t the first chemist to complain of unfair treatment in the handing out of license fees won by a Harvard research team.

In 2013, O’Reilly, Arefolov’s attorney, filed a $10 million suit against the school and chemistry professor Andrew G. Myers on behalf of former graduate student Mark Charest. Charest alleged he was cheated out of royalties due to him for his role in creating a synthetic route to tetracycline antibiotics. Harvard said last year that it settled with Charest “on mutually agreeable terms.”

Comments
Matthew Perry (May 10, 2017 12:31 PM)
I think that if the inventors are incorrect then the whole patent is invalid. This is something that the patent attorney should sort out.
Reply »

Chun (May 10, 2017 1:46 PM)
This might be a normal phenomenon. Postdoctoral and student's contributions are ignored by the supervisor even the supervisor does not make a critical contribution to a project. But he is boss and he can make any decision he would like to. It only depends on the heart of the supervisor.
Reply »

Seenu Srinivasan (May 10, 2017 1:51 PM)
Inventors on a U. S. patent is a legal issue. If all of the inventor(s) have documented evidence, such as notebooks written by the inventor and witnessed by a competent witness, then that person cannot be omitted from the patent irrespective of what the primary author my decide. Major professors can dictate the names on a research article, but not on a patent!
Reply »

drwebb (May 10, 2017 3:02 PM)
Perhaps this is an example why PhD scientists should receive some business education as part of their curriculum. Or that "Better get that promise in writing" is not common sense.
Reply »

Matt (May 10, 2017 4:04 PM)
Or maybe scientists should not work at Harvard; the institution cheats their employees and they promote an environment where grad students sabotage each others experiments. Harvard is good for two things: lawyers and WASPy business students.
Reply »

SJ (May 10, 2017 6:43 PM)
Remember that international students keep quiet due to the fear of funding withdrawal or losing visa status. Slavery at international level by academia.
Reply »

kronin (May 10, 2017 3:14 PM)
Nothing new. It happens all the time especially when the post-doc or the graduate student is a foreigner. The foreigner is not aware of his rights in USA and gets duped by his/her boss. Even if they are aware of their rights they keep quiet because they want to settle down in US and for this they need a recommendation from their thesis advisor.
Reply »

AJR (May 10, 2017 3:22 PM)
Well, If he was left off the patent and he was rightfully awn inventor,...a fact determined by a patent attorney, ...this patent is in jeopardy of being thrown out as you MIUST have all inventors listed on an issued patent.
Reply »

john gillard (May 10, 2017 3:47 PM)
. All possible contributions to a patent application by individuals must be assessed by the filing attorney as being inventive, before being included in the filing. Not to do so, and thereby neglecting an inventor is grounds for invalidation. Just because someone worked on a project, it doesn't necessarily mean that they are an inventor, they must make an inventive contribution!
Reply »

SJ (May 10, 2017 6:41 PM)
Not the first time in academia with many unethical instances. My PhD adviser at a prestigious university in Boston decided to drop the patent with my name and filed a different patent without my name. The key component of the technology had limited contribution from him but he also took one of the big awards for inventing it. The company founded on three technologies - one being mine - was sold off to a larger pharma company. What did I get? Zero. Academia thrives on unethical behavior.
Reply »

Dr. Somanath Dev (May 10, 2017 7:59 PM)
Most University professors betrayed with the Post Doc. I was a post doctoral fellow at University of Illinois, Urbana-Champaign in the department of chemistry (1989-1991). I was treated very badly by my professor. My professor, Dr. Thomas Rauchfuss cheated with me. I published paper in the JACS ( journal of American Chemical Society) and I was the first Author of my publication. One of his PH.D. graduate student, Eman Ramli ( 1990-1991) could not get PH.D. degree even after five years. Dr. Rauchfuss allowed my two crystal structures to write in his thesis. Even Dr. Rauchfuss did not ask me to include my two crystal structure in his graduate student's Thesis. Additionally, Dr. Rauchfuss did not include my names in the acknowledge of the Thesis.

IT IS A GREAT FRAUD AND CHEAT.

Also Prof. Rauchfuss cheated with me with another paper. I was the first author of the paper.
The paper was ready to submit for publication. When my contract was over with him, he removed my name from the first author. SUCH KIND OF PROFESSOR SHOULD BE FIRED FROM THE DEPARTMENT.

I published about five papers working with Professor Rauchfuss. Since I am a foreigner, I was looking for another post doctoral position with another professor with in the same department.

The president of the University of Illionois Urbana Champaign should fire such kind of professor who is demoralized and not sincere.

I hope, University of illinois will get this message.
Reply »

GB (May 10, 2017 8:01 PM)
It is bad thing. Harvard professors are such shameful. Everyone who worked hard should take royalty.
Reply »

Tom barbarich (May 10, 2017 8:14 PM)
My name was left off papers by steve strauss at colorado state in which i was a contributor.

I also was a first responder to an anhydrous HF "accident" in which a first year graduate student had to have 60% of his face repair by skin grafts because he had ordered the student to do the work in a glass vacuum line outside of a fume hood.

Peter Willis (May 11, 2017 10:00 PM)
If he truly is an inventor perhaps he could just licence his share himself. I don't know the details of his employment contract but it seems as if there was a breech.
Reply »

Amir (May 17, 2017 8:27 AM)
One of the previous comments is spot on. Such things happen all the time especially when the post-doc or the graduate student is a foreigner. The foreigners are not aware of their rights in USA and gets duped by their boss. Even if they are aware of their rights they hesitate to take any action, & they keep quiet, because they want to settle down in the US and for this they need support (e.g. a recommendation letter) from their thesis advisor. Whether it is a patent, a journal paper, a conference paper; it happens all the time (I experienced similar situation, twice, with the same professor)
Reply »