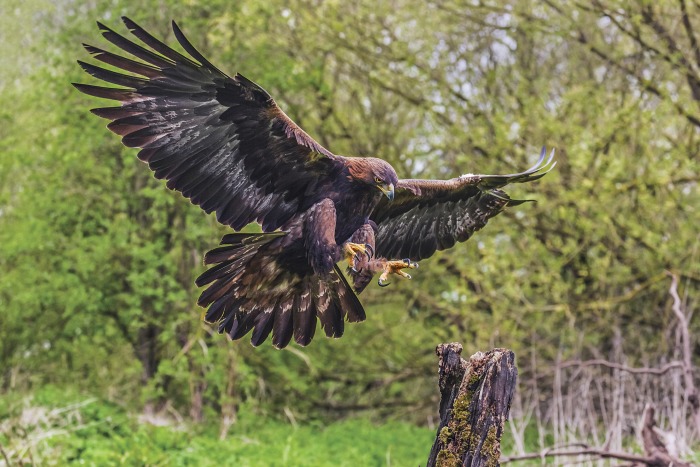 Even extremely low levels of lead may hamper the flight and movement of golden eagles, a new study in Sweden shows (Environ. Sci. Technol. 2017, DOI: 10.1021/acs.est.6b06024). The findings add fuel to a debate over the use of lead ammunition in hunting, the main source of lead to the birds.

Eagles and other scavengers can be poisoned by eating carcasses that contain fragments of lead shot. Above a certain threshold, the neurotoxic element impairs birds’ ability to fly and walk, and can lead to starvation and death. To learn more about how eagles in the wild may be affected by lower levels of lead exposure, scientists are now monitoring their activity with new lightweight tracking devices—backpacks fitted with a GPS transmitter that weigh only 70 g. 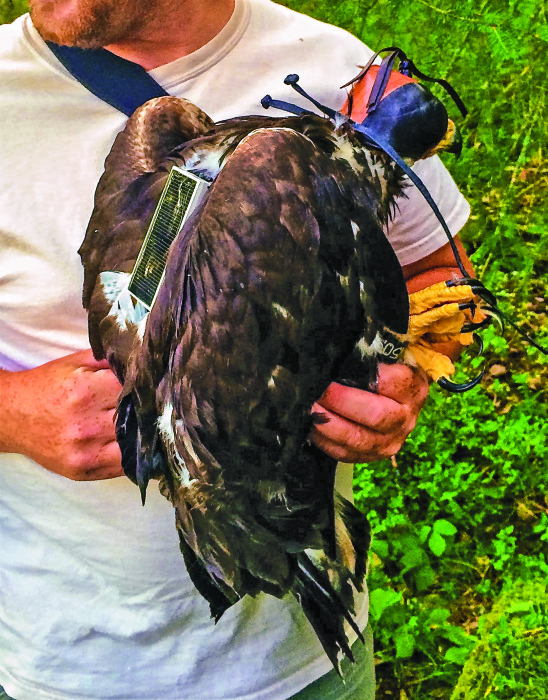 Frauke Ecke of the Swedish University of Agricultural Sciences and her colleagues trapped wild adult golden eagles in northern Sweden and took small blood samples to test for lead. Then they fitted the birds with the backpacks, released them, and monitored their movement and flight height for up to two years. Of 16 eagles the researchers analyzed, those with higher lead exposure moved around less and flew at lower heights, on average, than those with the lowest levels of lead. Flight height and movement were reduced by 10% for lead exposure of only 25 ppb. That is one-eighth the level considered the upper limit for background exposure, based mainly on studies of captive birds.

The researchers argue that this background limit should be lowered based on their results. “In the eagles we handled, there was no sign that they might be affected or poisoned,” Ecke says.

CORRECTION: This story was updated on May 17, 2017, to replace the term “neurotoxin,” which refers to a poisonous substance produced by a living organism, with “neurotoxic element.”